Interesting facts that you did not know about Frito-Lays.

Cravings for some snacks and wondering what to munch on? A pack of Frito-Lays will just do great!

Have some friends coming over for the baseball finals and thinking what food to have on the menu? A few packs of Frito-Lays are a must!

Have a movie date with your partner? How about a pack of Frito-Lays to accompany you?

Well, the first name that comes to our minds, whenever we think of a fried snack, be it potato chips, corn chips or snacks, is Frito-Lays. This American subsidiary of Pepsico has indeed become a name that we all love. If you an ardent Frito-Lays lover, here we present some interesting things about Frito-Lays, that you probably did not know.

Read on about the 30 amazing things that you didn't know about Frito-Lays.

1. Frito and Lays were two companies who competed against each other. However, they joined hands in 1945 to form a partnership to sell each other's products in the Southeast and the Southwest.

2. The success of the partnership led the founders to merge the company and in 1961, their total combined sale was over $127 million in a year.

3. Initially, there were only two flavors that were available. But today, there are more than 50 flavors that you can choose from according to your taste or fancy.

4. Disneyland had its own Fritos restaurants, where Mexican delicacies like enchiladas and tamales were served. However, the restaurant existed for a few years only.

5. It was this Disneyland restaurant that led to the birth of Doritos, a favorite of most Lays lovers.

6. Frito-Lays has a huge range of snacks, which includes all your favorite snacks. You name it and you have it. So, whether it is the simpler potato chips and corn chips or the cheese flavored Cheetos, Doritos, Ruffles, as well as, Cracker Jacks, and Funyun.

7. In 1967, Frito-Lays introduced the Frito bandit, which was hugely criticized by the Mexican-American groups.

8. A Frito-Lay plant in Georgia uses 1 million pounds of potato to approximately 175,000 boxes of Lays every day!

9. The turnaround time that is required for the potatoes to get converted to bags of chips at the Georgia plant is approximately 6 to 8 hours!

10. Being a global brand, Lays has a long list of name, which varies from place to place, like in the United States, it is called Lays, in the United Kingdom, it is Walkers, in Egypt, it is called, Chipsy, in Mexico, Sabritas, and there are a lot more other names.

11. With the "Do Us A Flavor" campaign Lays asked its customers to suggest some different yet amazing flavor. And, its winners stand a chance to win $1million or 1 percent from the sale of their created flavor.

12. In the year 2013, the flavors that were chosen as the finalists were cheesy garlic bread, chicken and waffles, and sriracha. But, it was the cheesy garlic bread flavor that took home the prize. In 2014, the winner was kettle-cooked wasabi ginger and in 2015, it was southern biscuits and gravy. 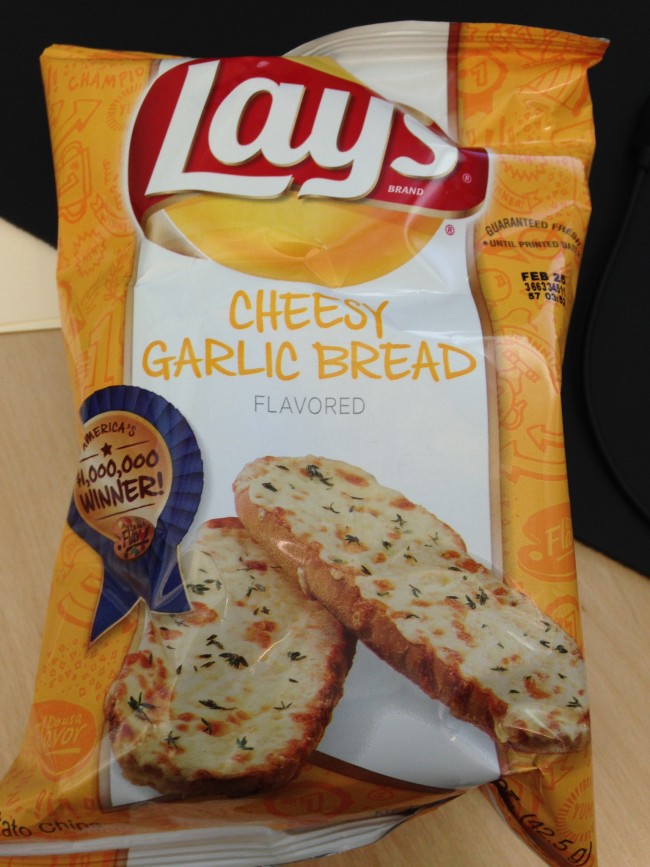 13. Lays has also been a subject of trolls. Well, it was the same campaign, which invited trolls and Frito-Lays enjoyed its Meme Fame on the internet as some insanely absurd flavors like Thor's Abs, Whey Protein Shake, An actual frog were mentioned!

14. The year 2010 saw the Frito-Lays factory in Perry, Georgia, receiving a certificate for being environmentally friendly.

15. Frito-Lays is available in more than 79 countries, all over the world.

16. The potatoes that are used for making the potato chips are harvested in farms in the United States. The number of these farms are 80 and it is scattered all over the US.

17. In 2016, the "Do Us A Flavor" was renamed as "Passport to Flavor." The campaign was then taken to a higher level and flavors from around the world, like the Indian tikka masala, the Chinese Szechuan chicken and also Brazilian picanha were featured.

18. Lays was amongst the first snacks brand that had its commercials aired on television. The television itself was at that time in its infancy.

19. Bert Lahr, who is known for his The Wizard of Oz character, Cowardly Lion was the first and the original spokesmen for Lay's potato chips as early as 1960. And, he was often seen donning the costumes of different characters to play his part for the commercials.

20. The State Fair of Texas created a 1325 pound Frito pie on the occasion of Fritos' 80th birthday and also to set a Guinness record.

21. In the year, Frito-Lays merged with Pepsi-Cola. And, PepsiCo was formed.

22. With the rising concerns over trans-fats content in the snacks, in 2004, the Doritos, Tostitos and Cheetos were made trans-fats free.

23. On the Forbes list of the World's Most Valuable Brands, Frito-Lays ranks 40th.

24. In 1991, Frito-Lays laid special emphasis on research and improvements. And, it went as far as genetically creating the perfect potato, which is as flavorful as a regular potato but lower on its sugar content. 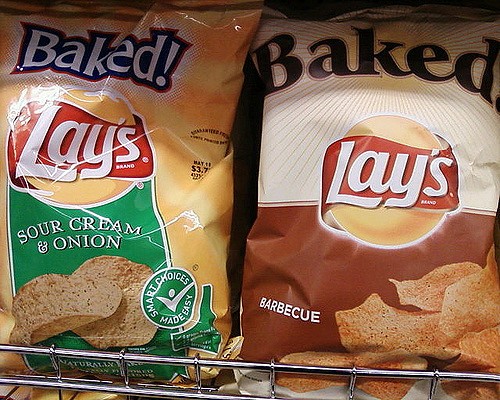 25. The Baked Lays was launched for the health conscious adult population and immediately after its launch, it added $250 million to the sales of the company.

26. Frito-Lays faced several controversies for the use of genetically modified ingredients, like corn, during the late 1990s.

27. In the year 2000, the company asked its suppliers to not use genetically modified potatoes, due to rising consumer worries.

28. The year 2003 saw the launch of a new line of snacks, called the "Natural" line as the snacks were made from organically produced ingredients.

30. Frito-Lays redesigned its Kettle and Lays flavored chips and labelled it as snacks, which uses all natural ingredients. This led to an increase in sales by 8 percent and this also encouraged the company to announce in the year 2011 that it will convert most of its snacks to use all natural ingredients. This includes Fritos, Tostitos, Sun Chips and Rold Gold pretzels.