Some fabulous facts about Ford.

The automotive industry has been greatly impacted by the Ford since the time that it rolled out its first car. Along with a rich history, the company is also amongst the oldest car manufacturers in the world. The company has made their contribution not only for the development of the public vehicle but also for the development of military equipment.

There are several interesting things about Ford that you probably did not know. So here are 30 things that you didn't know about Ford, but would love to know.

2. Ford is the second largest business in the world that is family-owned. After the retirement of Henry Ford, it has all been relatives, who have helmed the company. The great-grandson of Henry Ford, William Clay Ford Jr. is the executive chairman now.

3. The concept of the assembly line was integrated by Henry Ford for building cars. Surprisingly, it was a pig slaughtering plant that gave him the idea, which he adopted and today, assembly line is the concept used by most car makers.

4. The production time was greatly reduced with the assembly line and the time that was required to build a complete chassis was 93 minutes, unlike the earlier 728 minutes.

7. Henry Ford was the inventor of mass production, which made automobiles affordable for the people of America. This is due to the lesser costs that are associated with mass production.

8. Mass production also helped in formulating a technique that helped to produce a Model T in a just 24 seconds! 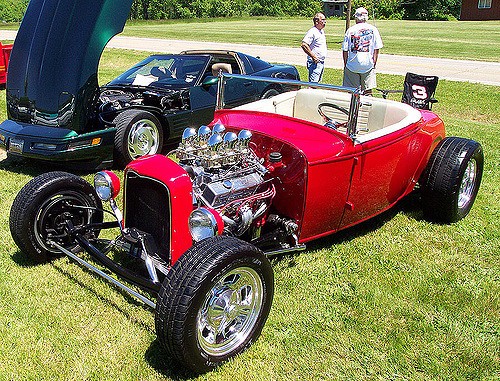 10. Adolf Hitler has publicly said that Ford is an inspiration, even his biography, "Mein Kampf" has mentions of Ford and that too in a good way.

11. Ford Airplane Company was started by Henry Ford during the World War I. However, due to poor sales, the company was closed in 1933. However, in the year 2002, the U.S. Centennial of Flight Commission acknowledged Ford as the pioneer of aviation.

12. During the World War II, more than quarter a million Jeeps were built by Ford.

13. Henry Ford introduced the concept of "$5 a day" as he wanted his workers to do well and have a life.

14. Henry Ford wanted to buy Ferrari, but the deal never happened as it was at the last moment that Enzo Ferrari backed out from striking he deal.

15. Another company that Ford wanted to buy was the Alfa Romeo. The Italian car was something that Henry Ford admired a lot and wanted to acquire it. However, due to intervention of the Italian Government, the deal did not turn out in his favor and it was Fiat, who got Alfa Romeo.

16. All the new cars that were manufactured at the factory were buffered with ostrich feather, before they were dispatched from the factory.

17. In the year 1964, the iconic Mustang debuted and the next year during Christmas, 94,000 toy mustangs that were pedal powered, were bought for children.

19. Ford has been conscious about the environment. And, even before the year 1939, the factories of the company were powered by animal and human manure.

20. Ford has 161 unique patents. The concept of developing alternative plastic derivative from soybean is still alive in the Ford Fusion of 2013.

21. The Batmobile that you saw in the TV series Batman, was a replica of the Lincoln Futura that was designed in the year 1955, by Ford's lead stylists Bill Schmidt and John Najjar Ferzely. George Barris later cloned the design for the YV series.

22. Fordlandia was Henry Ford's concept of a self-reliant town that would manufacture everything in-house. He constructed the town in Amazon, but it did not turn out to be successful.

23. Henry Ford contested in the United States Senate. He did not spend even a penny but lost the elections for only 4500 votes. 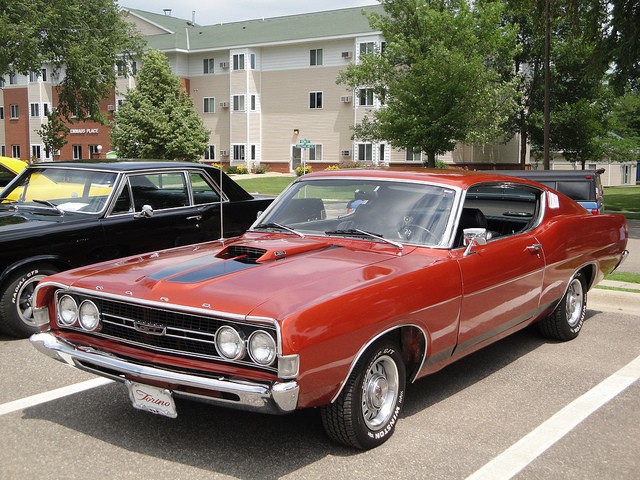 24. Peanut cartoon that we are all familiar with was introduced in a television commercial. And, the commercial was that of Ford.

25. In 2012, a Chevy Truck was displayed at the Texas State Fair by Chevrolet. The truck was set up using a Ford SuperDuty.

27. In 2008, Ford sold the United Kingdom-based, Land Rover and Jaguar to the Indian company, Tata Motors.

29. In the year 1996, Ford marked his entry in the Motorsports Hall of Fame of America.

30. This year, the company acquired a majority ownership of the artificial-intelligence startup, Agro AI.

The rich history and the legacy that Henry Ford has left behind are evident from the popularity of the company till date. It had its own ups and downs, buy the company sustained itself, successfully.

The above points are some unknown yet amazing things about the company, Ford Motor Company, as well as its founder, Henry Ford who was nothing less than an innovator and an inspirer, who thought much ahead of his time.