Here we present 30 amazing things you didn't know about Zara.

The Spanish clothing and accessories retailer, Zara is amongst the most loved brands. The world's largest retailer of apparels, Zara is also a place where we never regret to splurge due to the exclusive and uber stylish clothes that the brand offers.

But, apart from its fabulous collection of apparels and also accessories, there are a whole lot of interesting things that a Zara fan ought to know. So, here we present 30 amazing things you didn't know about Zara.

1. Zara is considered to be a modern brand as the fashion conscious population swears by its name and consider it to be a wardrobe essential. But, its origin dates back to 1974 and it was in 1975 when its first store was set up in A Coruña, a coastal town in Northwest Spain.

2. Zara has its presence all over the world through its 2000 stores in 88 countries. But, till date, half of its products are made in Spain, the place of its origin.

3. The founder of Zara, Amancio Ortega, dropped school to earn a living and worked at two stores, where he learned about tailoring and also learned that the business model that the industry followed was that the customers wore what fashion dictated.

4. Ortega decided to turn around the business model and make things that the customers wanted, with a quality that is fairly good and at a price that is pretty much affordable.

5. The product that Ortega made was quilted bathrobes. It was also a cheaper version of the robes that was sold at one of the stores that he worked at. He also took the help of one of the saleswomen from the store, who later became his wife and his stepsister.

6. To launch his company, Ortega took a loan of 30 euros from the bank and his bathrobes formed the foundation of his business.

7. The brand name Zara has romance linked as Ortega came up with the name "Zara," after Zadar, which is a Croatian harbor and also the place where he went on a honeymoon with his wife, Rosalia Mera.

8. However, before the brand got its name as Zara, Ortega had chosen the name, Zorba. However, since a local pub had the same name, he had to change his company's name and that is when he named it "Zara."

9. Though for a very brief time span, Zara founder, Amancio Ortega was named the richest man in the world, surpassing Bill Gates! His net worth at that time was $79 billion.

10. Every year, Zara launches a whopping 12000 new designs! Who would not love to own all of them!

11. Zara has a reputation of creating a product from scratch, meaning from designing to distribution in 15 days! It is indeed a short time span considering the fact that it takes 40 weeks for others in the fashion industry to launch something new.

12. Do you know the time that a Zara factory in Tunisia, North Africa takes in sewing a women's shirt? Well, it is 38 minutes!

13. Inditex, which is the parent company of Zara, is the world's largest apparel company.

14. Annually, Inditex produces one billion units of clothes! And, Zara sends five million of this number, every week to the Zara stores, spread all over the world.

15. Zara takes inspiration from everywhere! So, the designers travel with their camera, as well as, pen and paper to check out how people dress themselves and to take inspiration from real people. 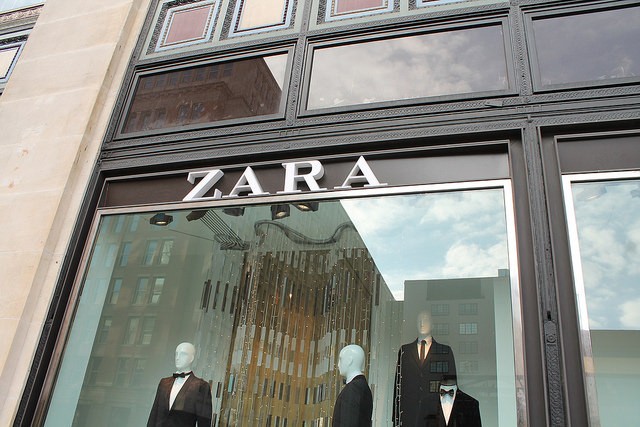 16. For retailers, the "out of stock" pieces are most loved as it is these sold out stuff that encourages the customers to return to the store to check if new stocks have arrived.

17. Surprisingly, Zara founder, Amancio Ortega, has never given an interview!

18. The warehouse of Zara is approximately 5 million square feet, and it is equivalent to nine times the size of Amazon's!

19. Zara pays special attention to customer feedback. The brand has a team of designers to make changes and edits to the designs, on the basis of the feedback.

20. Zara is a name that all the style divas know. But, surprisingly, the company has a very less amount dedicated for advertising.

21. Rather than advertising, Zara believes in opening new stores all over the world, which are high-end stores, to cater to the ever-increasing demand for Zara apparels and accessories.

22. Zara's focus on opening high-end stores had the brand shelling out a whopping $324 million to buy a space at 666 Fifth Avenue in New York City!

23. It was in the year 2003 that Zara launched "Zara Home," thereby adding the category of home products to its kitty.

24. Zara is a name that is not just loved by the general population, but by the Royals too! It is one of the brands that is loved by Prince William's wife, Kate Middleton.

25. Stradivarius is a sister brand, which is much cheaper than the high-end products sold under the brand Zara. But, sadly enough, there is no Stradivarius store in the US. 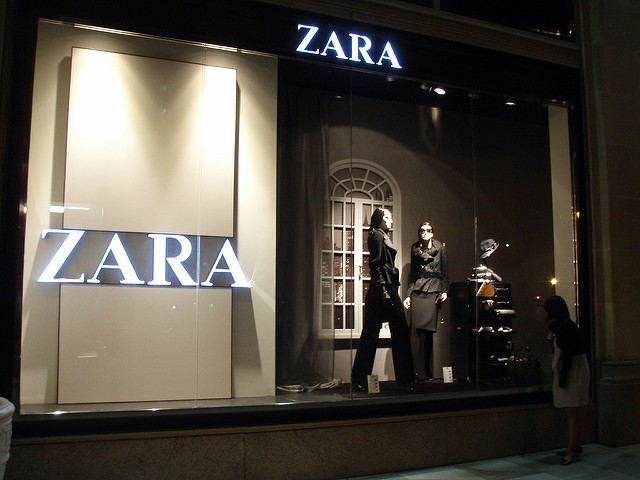 26. Zara has signed the Greenpeace Zero-Discharge Commitment to make its contribution towards conserving the environment. The company has pledged to eliminate hazardous chemicals by the year 2020.

27. When it comes to the number of Zara stores, Spain has 451 stores, which is much higher number than the 62 stores in the US.

28. Zara found itself amidst controversy after a handbag was found sporting a swastika symbol. The brand immediately withdrew the bags from the shelves of the stores.

29. Apart from the handbag, a line of tees for the toddlers from Zara's collection was also criticized, for its resemblance to uniforms that were worn by the Jewish concentration camp inmates.

30. Zara is attuned to the customer's preferences and thus, if a design is not sold in the first seven days from when it reaches the store shelves, the collection is withdrawn and it is totally scrapped. The brand then focuses on a newer design.

These are some of the interesting facts about Zara that you probably did not know.