Lesser-known yet interesting things about Nestle.

Nestle is a part of our daily life, due to the wide product range that this Swiss food and drink company offers. Headquartered in Vevey, Vaud Switzerland, Nestle is the largest food company in the world.

As you reach out for your large Nescafe latte topped with a scoop of vanilla ice cream and a Kit Kat, how about reading some interesting, yet lesser known things about Nestle?

So here we present 30 amazing things that you didn't know about Nestle.

1. Nestle was formed by the amalgamation of two big companies, in the year 1905. The companies were Henry Nestle's Farine Lactée Henri Nestlé and George Page and Charles Page's Anglo-Swiss Milk Company, which were both founded in the year 1866.

2. The wide range of products from Nestle caters to the needs of all age groups. Be it, infants, with the baby food products or adults with the coffee, tea, breakfast cereals, frozen foods, and snacks, to name a few. Nestle also offers food for your pets!

3. Apart from food products, Nestle also offers skincare products that it forayed into in the year 2014.

4. Nescafe, the popular coffee brand from Nestle served as a staple drink for the military in the United States, during the World War II.

5. The World War I in a way helped Nestle to flourish as at that time, there was a higher demand for dairy products. This led to the company's factories doubling up the production by the end of the WWI.

6. The biggest cosmetics company in the world is L'Oreal and did you know that the world's largest food company, Nestle is its main shareholder?

7. The highest earning brand from Nestle includes Kit Kat, Nespresso, Nesquik and also Stouffer's, which contributes more than $1.1 billion to the sales, annually. 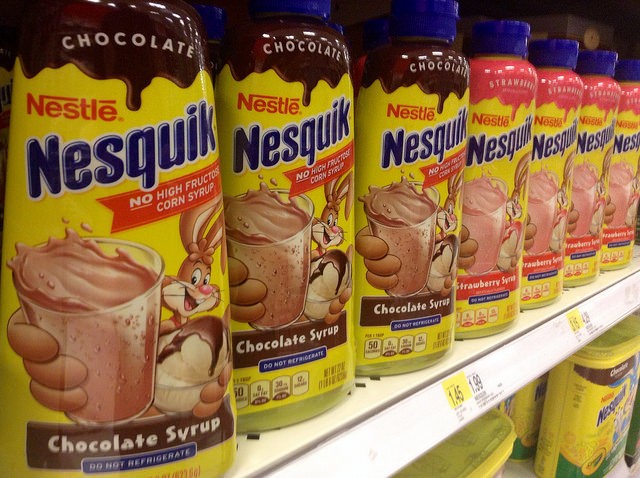 8. Nestle is the world's largest food company not just due to its wide range of products, but also in terms of the revenue that it earns from the sales of its products.

9. Nestle has its presence all over the world. But, the global headquarters of the company is based in Switzerland.

11. When Nestle was founded in the year, 1866, the company was primarily into baby foods.

12. The first product that the Anglo-Swiss Condensed Milk Co. sold in the year 1867, was Henri Nestlé's Infant Cereal.

13. The company has an employee base, which exceeds 300,000 and is estimated to be approximately 335,000 for all the brands under Nestle.

14. Just like the reach of Nestle products, the company has its employees in Africa, Asia, and Oceania. Statistics suggest that 39.1 percent of Nestlé's employees are from these three regions.

15. Coming to the presence of Nestle, the company operates in 197 countries. And, it has more than 400 factories, spread over 86 countries.

16. However, when it comes to the highest number of factories, the maximum number of Nestle factories is located in the United States.

17. Nestle deals with a wide range of products that range from baby food to snacks. But the company sells the highest number of products in the powdered and liquid beverages segment, followed by milk products and ice creams. 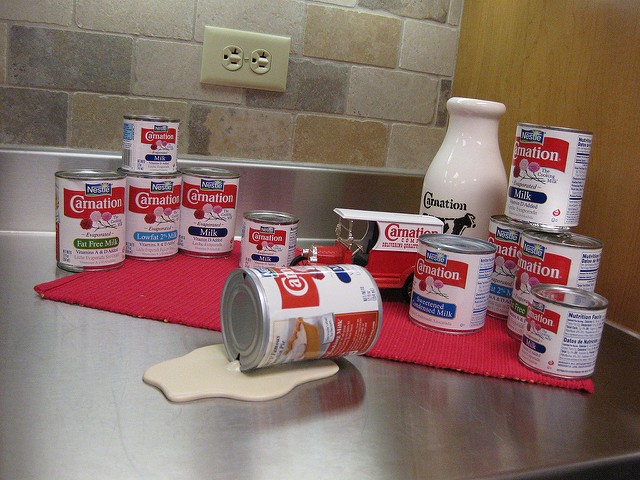 18. Nestle has under its roof, some of the most popular brands, like Haagen-Dazs, Cheerios, and Deer Park.

20. Maggi, which was a seasoning and soups manufacturer was acquired by Nestle in the year 1947.

21. Nestle added the brands like Kit Kat, Aero and Smarties to its company after it acquired the confectionery company, Rowntree Mackintosh, in the year 1988. The deal amount was $4.5 billion!

23. Nestle became the world's largest ice cream maker after it acquired the Greek company, Delta Ice Cream in 2005 and Dreyer's, the following year.

24. The year 2007 saw Nestle buying one of the nest milk brands, Ovaltine.

25. Hershey's would have been a Nestle brand if the joint bid between Nestle and Cadbury would have had taken shape. However, the deal did not materialize.

26. Nestle has forayed into the nutrition, health and wellness segment to cater to the changing consumer's demands for healthier alternatives, which is also the reason behind the decline in the company's confectionery sales.

27. New Zealand's Vital Foods develops the kiwifruit based solutions for gastrointestinal conditions. As of 2012, Nestle holds a minority share in the company.

28. Nestle announced its plans to open 10 skin care research centers all over the world in the year 2014 and the same year saw the company spending $350 million on dermatology research and development.

30. Furthering its transition motive, Nestle acquired the Sweet Earth in September 2017. Sweet Earth is a California based company that produces plant-based foods.

These are some of the interesting facts about Nestle that you probably did not know. However, considering the vastness, the depth and the deep roots of the company, it can be rightly said that there are a whole lot more interesting things that are not yet known.