Scooter Braun On Taylor Swift Feud: 'Kindness Is The Only Response'
Share Tweet Email 0 Comments
NEXT> Kylie Jenner Sells Her Majority Stake of Cosmetics for $600 Million
Tuesday, July 14, 2020
STAY CONNECTED WITH US

Scooter Braun On Taylor Swift Feud: 'Kindness Is The Only Response' 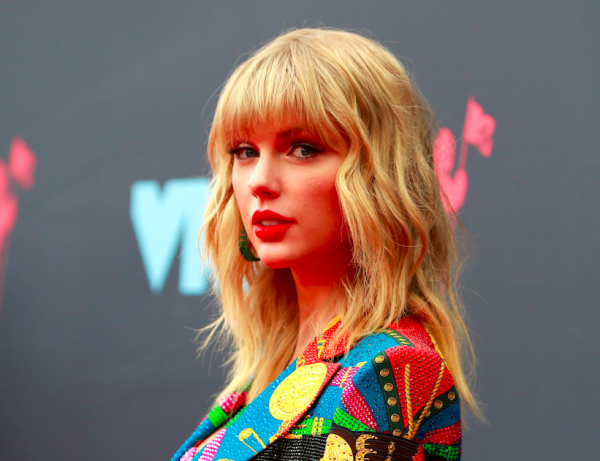 Days after the whole Taylor Swift, Scooter Braun, Scott Borchetta, and Big Machine Records fiasco, Scooter has already spoke out about the feud.

On Tuesday, Scooter wrote in a tweet on Twitter his thoughts about the issue. The 38-year-old music executive sparked speculations and talks through his tweet towards the 29-year-old "ME!" singer, who spoke about her rights on performing her old music. Scooter posted a photo that says, "kindness is the only response," and captioned it with "words to live by."

Everyone was sure that the tweet was his message for Taylor and the issue between her and the management label she was formerly working under. In history, this is not the first time that Taylor has been the center of a controversy with Scooter and Scott and Big Machine Records. However, this time, Taylor went all out and expressed her thoughts about Scooter and Scott preventing her from performing her old songs during the 2019 American Music Awards, in addition to them blocking her from having her own documentary film which is slated to be released by Netflix.

According to Taylor's statements, she is quite unsure if she will be performing any of her old songs at the AMAs, if her documentary film will be released, or if she will be doing the recorded events that she is planning to do up until November of next year.

With the brazen statements coming from both parties, especially when Big Machine Records commented on Taylor's perspective of the story regarding it's false statements, and that they "do not have the right to keep her from performing live anywhere," everyone was convinced, including celebrities, that Taylor is telling the truth about the other party. Celebrities like Taylor's best friend Selena Gomez, stood by her side and joined the official hashtag "#IStandTaylor" went trending worldwide as people have shown sympathy to Taylor's situation.

On the other hand, another spark of issue also started when Selena's ex, Justin Bieber, came out and supported Scooter's party, who is his current manager. Just recently this week, Big Machine Label Group released their official statement that they have already come to terms with Dick Clark Productions about the licensing agreement that "approves their artists' performances to stream post-show and for re-broadcast on mutually approved platforms." This also emphasized the upcoming American Music Awards.

However, just few hours after Big Machine Label released their statements, Dick Clark Productions revealed their statement to ET that there was no talk, nor papers, made between the two music labels with the statement that Dick Clark Productions agreed, created, and authorized or distributed such partnership statement with Big Machine Label regarding Taylor's performance at the 2019 American Music Awards. They also emphasized that any final agreement regarding such should be discussed directly with Taylor Swift's managemet team.

As of now, after  the Dick Clark Productions statement, there are no further comments or any new statements from Scooter, Scott, Taylor Swift, Big Machine Label, Netflix, or the AMAs.