Amazon Echo Studio vs Sonos One: Which is better?
Share Tweet Email 0 Comments
NEXT> What To Expect on Amazon's Cyber Monday Deals
Sunday, September 26, 2021
STAY CONNECTED WITH US

Amazon Echo Studio vs Sonos One: Which is better?

Amazon Echo Studio vs Sonos One: which is better? 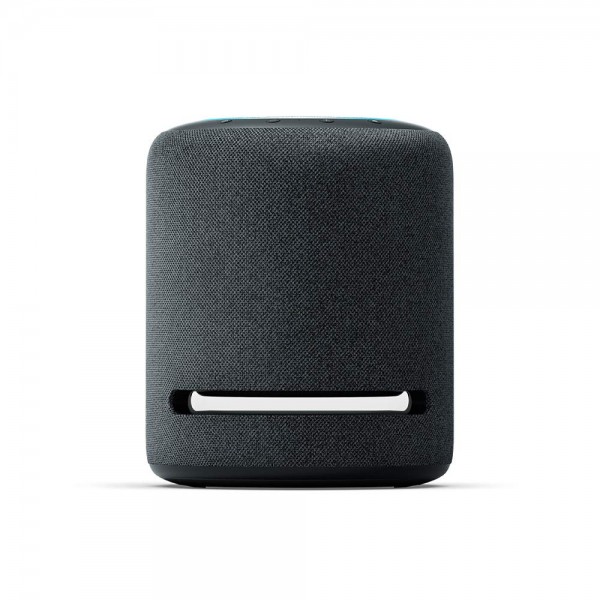 Smart speakers are getting better and smarter. While some of the first prototypes out of the blocks guaranteed a lot but didn't quite fulfill, today's units are not only more stylish, but they've improved in the sonic stakes too.

Begin with the Amazon Echo Studio, which Amazon claims is its best-sounding Echo speaker yet. Its selling features? Excellent sound quality, support for 3D audio, and, of course, Alexa built-in. The enigma is, how does it prove against one of the established market leaders, in this instance, the similarly priced Sonos One?

The Sonos One is one of the greatest smart speakers around for the business. It connects wirelessly to the rest of the Sonos family, supports Apple AirPlay 2, and has both Amazon Alexa and Google Assistant voice assistants built-in. It seems pretty great for the money too.

But is it better than the Echo Studio, or has the newbie beat it off its roost? Let's find out. 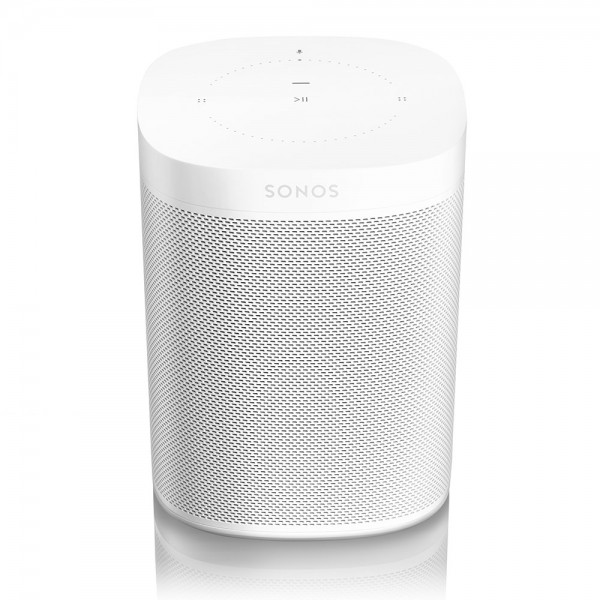 The Sonos One seems a bit more quadratic than the Amazon Echo Studio. It's also smaller and looks virtually alike to its predecessor, the Play:1.

On the lid of the One is a touch-sensitive inset with logos that you use for play/pause, to initiate the microphone and the device's context-sensitive actions. There's also a sequence of miniature white LEDs that indicate whether voice control is switched on.

The Amazon Echo Studio is an entirely more grand scheme. It's cylindrical and stands much taller than the Sonos One, covered in a charcoal-colored fabric mesh. Like the One, the top contains the controls, including solid volume buttons, a mic button, and one to call Alexa. As with past Echos, a blue light hoop lets you know that Alexa is listening.

It flaunts more in-house speakers, too, including an upward-firing operator stored under the exterior of the Echo Studio. It's there to help deliver more of an impression of height and run with 3D audio tracks encoded in Dolby Atmos and Sony 360 Reality Audio.

There's not much to choose among them - the Sonos One is more compact and has a somewhat more modern quality, while the Echo Studio gives the impression you're taking a lot of smart speakers for your cash and has been produced with 3D audio in mind. 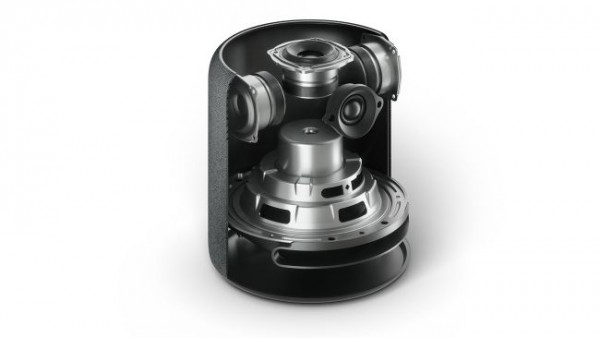 Given their smart speaker state, one of their huge sells is having a virtual assistant built-in. But, while the Sonos One supports both Amazon Alexa and Google Assistant, the Echo Studio is limited to just Amazon's Alexa. Count one for Sonos.

However, the Echo Studio has a lot of features too. It supports Dolby Atmos Music. Tracks are mixed with a higher level of precision, giving greater control over different sound elements within the sound field. In other words, 3D audio that claims a more immersive listen. The Echo Studio also supports Sony 360 Reality Audio, which is another form of 3D sound. The disadvantage is that you'll need a subscription to Amazon Music HD to take benefit of this feature.

The most important question: which sounds better?

On paper and in reality, the Echo Studio surely looks impressive. It's bigger, blows more speakers, and supports 3D audio through Amazon Music HD. And in usage, it plays an airy, open sound with clear, explicit vocals with an excellent sense of height and space. Some 3D tracks increase an impressive spread of music, but others sound a bit rumpled and disordered.

Our biggest qualm is over the quality of bass. While the Echo Studio presents power and weight, it can be a bit overbearing. That's not much of a concern if club bangers are your thing, but for anything more subtle, it can affect the listening experience.

Sonos One sounds better. It delivers a dense, full-bodied, and focused sound that refutes the speaker's small dimensions. But it doesn't cut detail - the soundstage is roomy and well organized, with each part given plenty of space to breathe.

Bass is low and firm, and the treble sharp and sparkly. Overall, it sounds more confident than the Echo Studio, with a more cohesive sound and more polished bass. It might not have 3D audio and doesn't go as loud, but it's an entirely more stable listen.

It's a close-run thing. Unluckily, the Echo Studio doesn't really live up to its title of being an Echo speaker for audiophiles, but it's a reliable choice at the money. It has excellent dynamics, goes loud, and pulls out lots of detail. It's the bass that trips it up.

Our cash would go on the Sonos One, though. It enables you to stream from more services, supports both Alexa and Google Assistant, and, more importantly, it sounds better.

BOOMSbeat writes about stuff we think you'll like. We have affiliate partnerships and may earn commission from any sale resulting from this page.