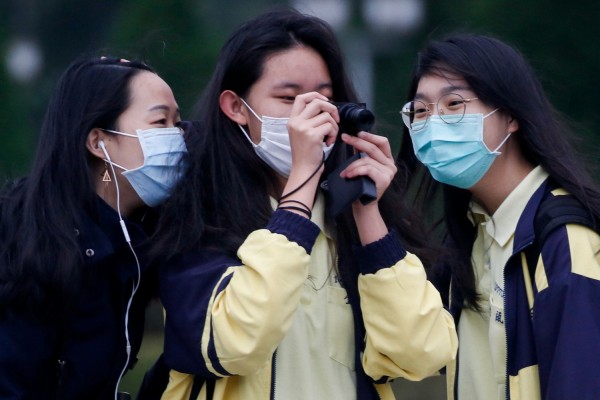 As the coronavirus spreads, numerous countries are on lockdown and are taking precautionary measures to make sure that the death toll will not longer increase by the day. Health sectors are working on creating vaccines, studying the virus and distributing sanitary packs on infected countries. But aside from the health industry, the tourism industry is also feeling the effect of this epidemic.

Tourist sites then and now

The Guardian released a series of "then and now" photos from the most famous tourist spots in Asia, and it showed a massive decrease in the number of people who travel, and this decline in tourism is hurting hotels, airlines, restaurants and other businesses under the tourism sector.

Tourism is one of the most important sectors of a country's economy. According to the World Tourism Organization or WTO, the tourists' arrivals have increased from 25 million in 1980 to 1,235 million in 2016. Asia accounts for 30% of the tourism receipts in the world.

Italy is now on lockdown after it was declared as the second country with the most confirmed cases of coronavirus. Because of this, their tourists spots have turned into ghost towns. The biggest attraction in Milan is The Piazza del Duomo where most of the important and historical buildings are located including the Galleria Vittorio Emanuele II and the Duomo di Milano. According to Culture Trip, over five million people visit the piazza every year.

On February 25, La Scala opera house and Duomo were temporarily closed to visitors. Theaters, universities and even cinemas have been shut down. According to The Guardian, the streets of Milan are empty as the local government issued a statement that everyone must stay at home while the crisis is ongoing.

The Louvre Museum in Paris, France

The Louvre Museum is the home to the Mona Lisa, making it the most visited gallery in the whole world. Last year, the museum had 10.2 million visitors, according to the BBC. Which means that the museum had 15,000 visitors every day, 65% of the visitors are foreign tourists.

On March 1, 2020 the museum announced that they would not open because of the coronavirus. In a statement, the museum said that the staff had gathered to talk about the health situation and the virus prevention measures. There are still no indications of when the museum will re-open its doors.

The Forbidden City in Beijing, China

The Forbidden City in Beijing is one of the most visited sites in the world.Beijing has been experiencing a rise in tourist numbers, with more than 4 million arrivals in 2018, according to China Daily.

At the end of January 2020, the tourist attraction was closed indefinitely. According to Reuters, the reopening of the museum is still not known.

In the past couple of years, South Korea has experienced an increased number of visitors. In 2018, there were 15.5 million tourists from around the world and one of the top tourist attractions is the Gyeongbokgung Palace is one of its top attractions.

On February 19, the coronavirus cases in South Korea jumped by 50%, raising their total from 31 to 46. Last month, they were the second country with the most coronavirus cases, next to China.

The night market is one of the most go-to places in Thailand. In 2018, the country had 11 million Chinese visitors. However, this year, the visitors dropped by 2 million.

Although the night market is still open, they felt the impact of less tourists and some vendors are struggling to make ends meet.

Watch how these places look then and now:

Coronavirus is hurting the economy

China is the leading destination in Asia for tourists. It has attracted 59.97 million people back in 2016 and the numbers have doubled since then. One of the most famous tourist spots in China is the Great Wall of China, followed by the Forbidden City and the Ming dynasty palaces.

However, due to the virus originating in China, numerous countries have prevented the Chinese from traveling, and they also prevented their locals from traveling to China, thus China's tourism sector dropped 50%. Neighboring countries are also affected by the lockdown as 40,000 Chinese tourists canceled their flights and hotel bookings in Bali, Indonesia.

Numerous airlines around the world are offering cheap flights, some hotels were forced to lay-off their staff and some restaurants are temporarily closed. In America, cruise ships are canceling trips, and Las Vegas casinos are bracing for massive loss due to the coronavirus spread.

There are now more than 90 countries that are affected by the virus, and if it is not contained and treated, it could spread further and affect more people. This can result in less tourism, and it can affect millions of jobs and businesses worldwide. Working-class Americans who are in the tourism industry can also experience a decrease in their daily tips due to the decrease in tourists.

Can you still travel?

According to Scott Weisenberg, an infectious disease doctor at New York University School of Medicine, the decision to travel during this time is all up to you. But before you book your flight, you need to consult your doctor to check if you are healthy enough to go.

Taking precautionary measures is being encouraged by the WHO or the World Health Organization. They have been reminding people to wash their hands, drink vitamins, sanitize regularly and sneeze or cough on their arm.

When will it end?

Due to the current state of the economy, a lot of people are thinking when this will all end. Experts said that pandemics end when the virus can no longer infect other people, much like the 1918 Spanish flu that died down on its own and disappeared. Japanese experts then stated that the virus may die down around August as several countries are now taking measures and a vaccine is already made.