7 Interesting Facts About Billie Eilish
Share Tweet Email 0 Comments
NEXT> Prince Charles and His Siblings: Who Are They?
Monday, August 10, 2020
STAY CONNECTED WITH US 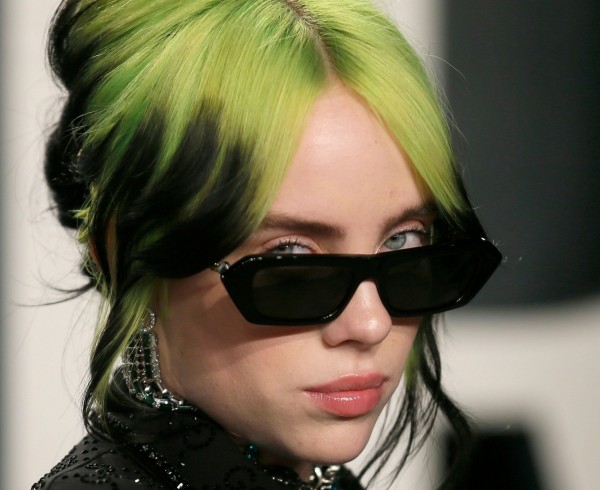 One of the most famous names in the music industry today, Billie Eilish has proven that she is meant to be a global star. The 18-year-old won five Grammys, two American Music Awards, two MTV Europe Music Awards, three MTV Video Music Awards, one NRJ Music Award, and one Brit Award.

Her debut studio album "When We All Fall Asleep, Where Do We Go?" in 2019 debuted #1 on the Billboard 200 chart and it became the best-performing album of 2019 in America and the UK. Six of the songs in the album reached the Billboard Hot 100 top 40 singles and her song "Bad Guy" reached number one in America and number two in the UK.

She has millions of fans worldwide, with sold-out concerts everywhere she goes. She is also one of the most followed celebrities on Instagram and even fellow celebrities like Melissa McCarthy, Julia Roberts, Justin Bieber, and Selena Gomez. Even though this Grammy-winning singer is everywhere, there are still things that you may not know about her. Here are some interesting facts about the famous singer.

The singer's full name is Billie Eilish Pirate Baird O'Connell. She was born on December 18, 2001, in Los Angeles, California. Her parents are Maggie Baird and Patrick O'Connell, both of which work in the entertainment industry. The pop star grew up in the Highland Park neighborhood and she was homeschooled. She has an Irish and Scottish descent.

Eilish became an overnight sensation after the release of her first single "Ocean Eyes" which was a song written and produced by her brother Finneas. They uploaded the song to SoundCloud and it was later picked up by Interscope Records. It received platinum certification and reached the Billboard Hot 100 charts. She was only 15 years old when she debuted.

Billie Eilish has been very vocal about her love for Justin Bieber. In fact, Bieber approached her at Coachella wherein they were videoed hugging each other for minutes. Eilish also listed Green Day, The Beatles, Avril Lavigne and Lana Del Ray as her musical inspirations.

Billie Eilish is vocal about her lifestyle and often uses her social media account to encourage people to turn vegan. She also posts videos of animal cruelty and the dangers of eating meat.

Her love for the show "The Office"

Eilish stated that she loves the television comedy series The Office and watched the whole series numerous times. She even dedicated the song "My Strange Addiction" to the show by featuring some famous likes from The Office.

Dealing with a neurological disorder

In 2018, Eilish revealed to the public that she struggles with Tourette syndrome, which is a neurological disorder that causes involuntary physical or verbal tics. She talked about her condition after a lot of videos of her tics appeared online. She used the opportunity to spread awareness about the syndrome.

ALSO READ: 41 Celebrities with Extremely High IQ: You Would Be Surprised to See Who Has the Highest IQ