5 Secrets of Ancient Egypt Revealed
Share Tweet Email 0 Comments
NEXT> Over 200 Earthquakes Recorded Around Yellowstone Supervolcano, Is it Erupting Soon?
Tuesday, March 02, 2021
STAY CONNECTED WITH US 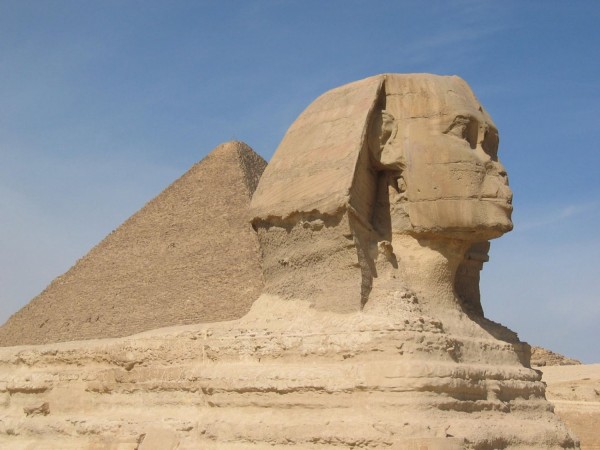 Ancient Egypt has been the topic of movies, TV shows, and novels. They have one of the most interesting stories in history and the more that you dig into them, the more interesting and mind-blowing they get. The history of Egypt is so rich that even to this day, archaeologists, scientists, and historians still discover something new, from their traditions and customs to their Pharisees and royalties. Here are some of the Ancient Egyptian secrets that you may not have heard of yet.

Most Egyptian symbols have cats on them, and you may wonder why. That is because Ancient Egyptians held cats in very high esteem and they were seen as sacred. Bastet, the cat-headed goddess of warfare, is the reason why they adored cats so much that it is illegal to harm them or give them a mediocre life. Because of this rule, their enemies used cats as a weapon against them. Pharaoh Psamtik was in the middle of the battlefield when his enemy released hundreds of cats, causing Psamtik to order retreat in order to save the cats.

2. Cleopatra was not Egyptian

When you hear the name Cleopatra, you automatically think of Egypt. However, the famous figure is not Egyptian, she was born in Alexandria and she was a part of a long line of Green Macedonians which were descendants of Ptolemy I, one of the most trusted lieutenants of Alexander the Great. Cleopatra is Greek, but since the Ptolemaic Dynasty ruled Egypt from 323 to 30 B.C., she grew up in Egypt and she was one of the first members of the dynasty to speak the Egyptian language.

Throughout history, we saw how Egyptian art depicts pharaohs as fit, but that is not the case. There were Egyptian royalties who were overweight because of their poor diet that consisted of wine, beer, bread and honey that was very high in sugar. Numerous Egyptian mummies were examined and the results showed that a lot of the Egyptian rules were not healthy at all, and some of them even had diabetes.

4. Incest was a thing

King Tutankhamun was only 18 when he died, the belief was that he died because of a chariot crash that broke his leg and caused him to develop a gangrene infection. However, researchers suggest that the reason behind his sudden death is a genetic disease that resulted from having parents that are related. His mother, who is informally known as The Younger Lady, married her brother Akhenaten. Because of the bloodline, King Tut succumbed to an inherited disease.

Pharaoh Menkaure ruled during the 26th century BC. He was afraid of dying and wanted to live forever, so he came up with a plan to fool the gods into keeping him alive. He thought that if night never came, a new day won't begin. Every night he lit lamps all over the palace and pretended that it was daylight. He also didn't sleep, he stayed up all night celebrating and drinking until his death.