What You Need To Know About Area 51
Share Tweet Email 0 Comments
NEXT> Ancient Humans Survived SuperVolcano Eruption 74,000 Years Ago, Can We Survive Now?
Monday, September 20, 2021
STAY CONNECTED WITH US

What You Need To Know About Area 51

What You Need To Know About Area 51 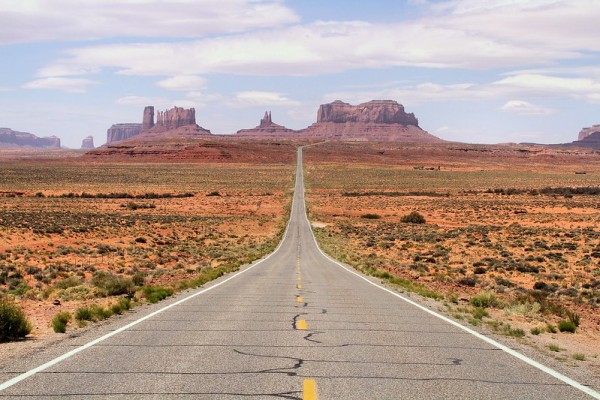 In September 2019, social media was flooded with posts of people who wanted to raid Area 51. It is a facility in the middle of the Nevada desert and it is protected by more than alarms and a bunch of security cameras.

There are warnings and signage everywhere, it is guarded by the military 24/7 and on the hilltop, there is a white pick up truck that peers down on everything below. Since the area is so secluded and closed to the public, it got people wondering if the government is hiding more than just a top-secret military base. There are a lot of conspiracy theories, mystery, and speculation wrapped around the area, but none of them have been proven. There are still facts about Area 51 that are shared with the public, and here are some of them.

The area goes a long way back

The original airfield of Area 51 was established during World War II, but only after the Americans entered the area in 1941. The airfield was known as the Indian Springs Air Force Auxiliary Field and it consisted of two runways that were 5,000 feet long each, and both of them were unpaved.

Contrary to what people believe, there are no fences nor walls around Area 51. In fact, nothing is stopping you from approaching the area, but that does not mean that it is open to the public and that you can go there anytime. There are numerous warning signs plastered all around the area, mostly telling people that taking pictures and trespassing is prohibited.

Over the past few decades, endless speculations and theories about what is inside Area 51 have been established and shared. There are those who suggest that they are hiding artificial weather controls, that they are developing time travel machines and, the most popular of all theories, is that they are studying aliens and alien spacecraft. This is the reason why in 2019, thousands of people went to Area 51 to demand answers, and possibly free the "aliens" that they are "keeping" inside.

Hollywood fueled the "aliens in Area 51" theories because they've made countless films and TV shows about Area 51 and created storylines about what is happening there. Films such as Fantastic Four, Paul, and Indiana Jones and the Kingdom of the Crystal Skull featured film sets that are similar to Area 51. TV shows such as the X-files and Stranger Things also featured facilities similar to the area, hinting that they could be experimenting on mutants and aliens behind closed doors.

Adding fuel to the fire, Google Maps threw shad at Area 51. If you Google the area and you place your cursor over Area 51, the cursor will turn into a little spaceship. Although there is no concrete proof of alien experimentation happening, it is still refreshing to see that almost everyone agrees that there is something going on in the middle of the Nevada desert, and it all points down to aliens and UFOs.