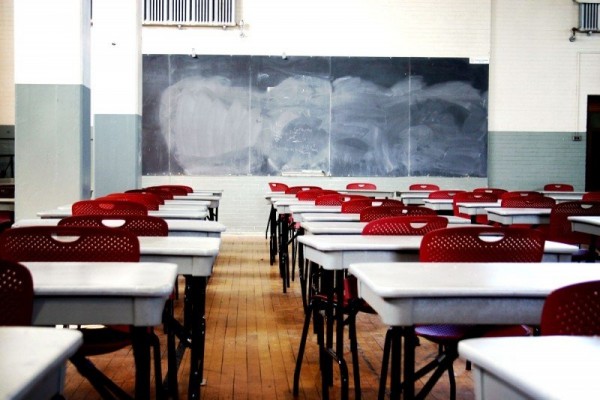 Although schools are meant for education and following strict rules and formalities, it does not mean there can't be funny stories in schools every now and then. Whether it is because of amazing teachers with diverse and hilarious personalities or the students get on adventures and create incredible anecdotes, since there will always be stories of mischief. One of them happens to take place underground.

A screenwriter from Manchester, England, Dean Lines, responded to a Twitter question that was originally posted on Reddit about the "incident that took place at your high school?" Lines then answered with a crazy and hilarious story about how he and his friends created an elaborate plan to break into the vending machine storage in their school through an underground tunnel that he and his friends had found accidentally while they skipped class.

Dean Lines was interviewed by Bored Panda and he recalled his story where he and his friends went on a candy heist in high school.

According to Lines, when he was 14 years old, he and his five other friends skip French class and they would hide in a soundproof room until lunchtime. They skipped their class for a few weeks until they discovered a trap door underneath the drum kit in the room. They opened it and discovered that it was an access hatch to numerous small tunnels that gave way to the heating pipes that ran around their schools.

On their first try, they went as deep as 50 meters before they went back but Line accessed the tunnel and realized that since their school is shoe-shaped and symmetrical, each room on one wing had a direct opposite. 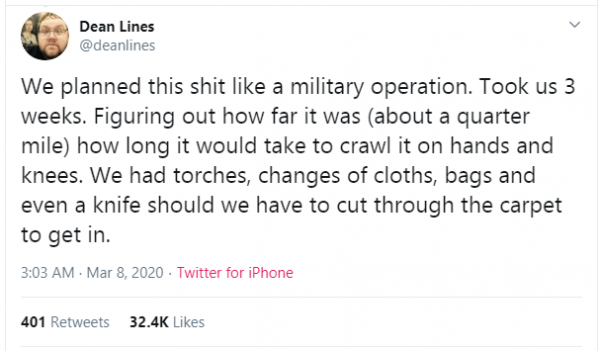 It took the six 14-year-old friends around 3 weeks to plan everything out, from bringing torches, extra clothes, bags and knives in case they need to cut through the carpet. However, their heist did not go as smoothly as they hoped because the heater was on, the pipes were red and hot and Line accidentally touched a decaying dead fox which freaked them out.

The following week, they tried one more time, with additional torches, batteries, and clothes. However, when they tried to duck in again, they found out that everyone in school knew about the tunnels as someone ratted out. There was an emergency assembly done after a music teacher found 28 students in the tunnel. The fire brigade was called to take all the children out and make sure that no one was under there before they close it. The school warned that whoever is caught in the tunnel will be suspended permanently. 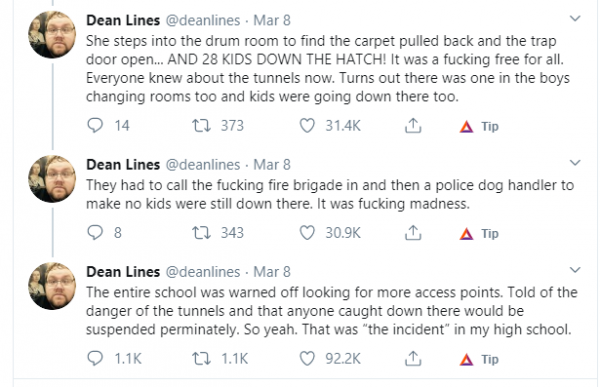 After the failed heist, no one knew who told the students about the tunnel and none of Line's friends were caught. The plan that they did back then in high school is now one of his most treasured memories. The hilarious and scary incident earned 325,000 likes with over 65,000 retweets.