More and more celebrity mothers create social media accounts like Twitter and Instagram to talk to their fans and share their everyday lives. However, one noticeable pattern is the way that people respond to their posts versus who the public reacts to the posts of celebrities who do not have children yet.

Celebrity mothers have been vocal about "mom-shaming." And celebrities are not the only ones who are experiencing that, even regular mothers who post pictures of their family and everyday activity online get mom-shamed for the most mundane things. This got people thinking, what are the topics and pictures that mothers should post online? Is there a certain image that they should maintain?

This is what got Krista Torres, a journalist from Buzzfeed, to go on a mission and show the difference between how the public reacts to her as single and as a mother.

Torres said that since she was 19 years old when she got pregnant and she always felt like she was being judged by people. After she gave birth to her son, she never felt accepted by other mothers because of her age. She may have come a long way since then but she still sometimes place her worth on the opinions of other people.

To combat her negative thinking, she looks up to one of the most famous celebrity moms at the moment, Chrissy Teigen. Teigen is known to be unapologetically herself and she has not changed even after becoming a wife and a mother to three children. Teigen proves that just because you are a mother, it does not mean that you can't focus on yourself too.

This is what inspired Torres to pose like Teigen. She gave it a go and posted pictures of herself on full dress and makeup. She copies Teigen's style and poses. Although her Instagram followers were not that many, she still dared herself to do it anyway. Her first picture was with the avocado swimsuit that Teigen did with her daughter, Torres did it with her dog.

She didn't check her phone for an hour, but as soon as she did, she got positive comments that boosted her confidence and it urged her to post another picture. The second picture she posted is her wearing a white swimsuit that is less revealing than what Teigen wore. After checking the reaction from her followers, she lost 14 followers and the numbers went down from 1,374 to 1,360.

In her third picture, Torres and her husband acted like they got a hangover. However, she didn't get much of a reaction but she got some emoji of support.

She also posted a butt pic with the caption "Testing out the placement of my tattoo." Although she was joking about it, but there were some followers of hers who took the caption seriously. One man commented that the place where she wants her tattoo was an 'asinine' spot. 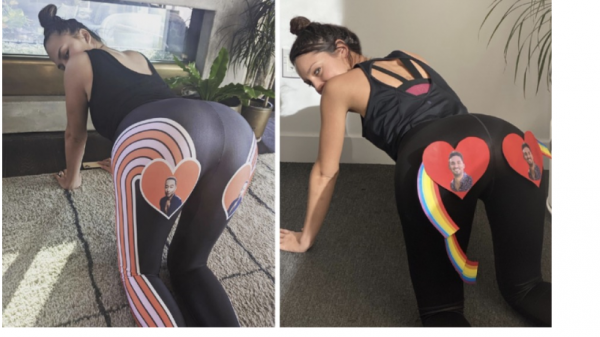 Since Teigen is known for her cooking skills, she also posted a picture of her in the kitchen wearing a white robe. 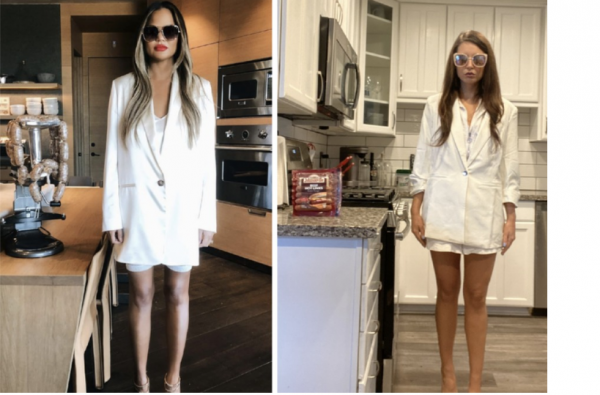 And lastly, she posted the most provocative picture with her wrapped only in a towel and wearing heels. She said it was the hardest one to nail since she does not normally do it, but she just copied Teigen's pose. 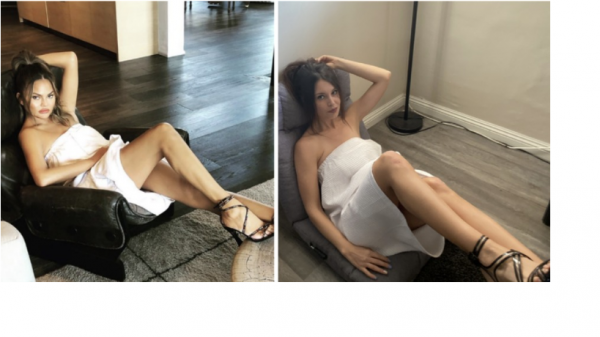 After the final picture was posted, Torres lost 8 followers. However, she gained 4 new followers which are all men. Currently, her total followers are 2,106 after doing the challenge, which means she gains more followers after she published the article and showed the challenge that she did.

Torres' concluded that people have different predispositions towards mothers and women. Mothers are expected to be more poised and "family-friendly", so everyone expects them to post "decent" pictures. But after doing the challenge, she realized that even though some may be uncomfortable with her content, there are those who still appreciate her efforts in showing that mothers can still take care of themselves and show what they got.