Canadian Lake Monster Ogopogo: Is it Real or Hoax?
Share Tweet Email 0 Comments
NEXT> Spice Up Your Kitchen With These Spice Racks
Friday, January 21, 2022
STAY CONNECTED WITH US

Canadian Lake Monster Ogopogo: Is it Real or Hoax? 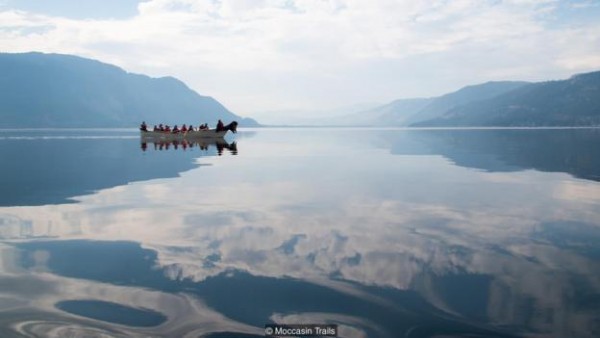 If you are from Kelowna, British Columbia, or if you've just visited the place, you may have heard about the Ogopogo monster that was sighted by two brothers that saw a creature undulating across the water in the middle of the Okanagan Lake.

The Okanagan Lake is an 84-mile long lake that is located down the Okanagan Valley, just past the Kelowna. They said that the wave crested and it fanned out but there was no boat in the lake, they both thought that it was possibly the Ogopogo.

Ogopogo is one of the most talked-about creatures in British Columbia, some believe that it is real while some think that it is just an old wives' tale. The Ogopogo monster is described as a serpentine beast that is multi-humped, with black and green skin and its head is like that of a horse, sheep or snake.

The Ogopogo is so popular that locals even made it into a mascot for the local WHL hockey team. Numerous souvenir items and plush toys of the monster are sold on souvenir shops, making it the town's local celebrity.
In the 1980s, the obsession of the townspeople on the Ogopogo monster peaked when the tourism association in the region offered $1 million as a reward for anyone who can show proof of the creature's existence.

Greenpeace then came forward and stated that if the creature is real, then it is considered as an endangered specie and encouraged people to only capture it on film and not in the flesh. Numerous American TV shows during the 1980s such as Unsolved Mysteries and In Search Of reported on the topic.

Is the creature real?

According to Pat Raphael from the Westbank First Nation, which is a member nation of the larger Okanagan/Syilx Nation Alliance, the Ogopogo monster is not really a monster, it is a spirit of the lake and it protects the valley. Raphael stated that Canadians know the creature by the name Ogopogo, but for the Syilx, it is  ̓x̌ax̌aitkʷ which means "the sacred spirit of the lake." Raphael also pointed out that the hump of the Rattlesnake Island found across the water, is where the spirit of the lake dwells.

The misunderstanding about what dwells in the water came from the settlers as they saw the Syilx throwing meat into the lake, thinking that they are feeding a monster that lives in the water. The rumors then started spreading until it grew out of control. Numerous settlers began patrolling the lake with weapons and guns because they thought a creature will attack the town.

In 1920, the rumors settled and the tourism officials named the creature Ogopogo after the English folk song. The locals have kept the name until today, and now thousands of tourists visit the valley, hoping to see something in the water. Although it was a misunderstand and the monster is not what everyone thinks it is, there is no doubt that the Ogopogo creature because of the town's brand and it made Kelowna a famous name in Canada.