Woman Recreates Pin-up Girl, and Its Perfectly Hilarious!
Share Tweet Email 0 Comments
NEXT> This Man Claims To Have 'Encountered with God' After Near To Death Experience
Friday, March 05, 2021
STAY CONNECTED WITH US 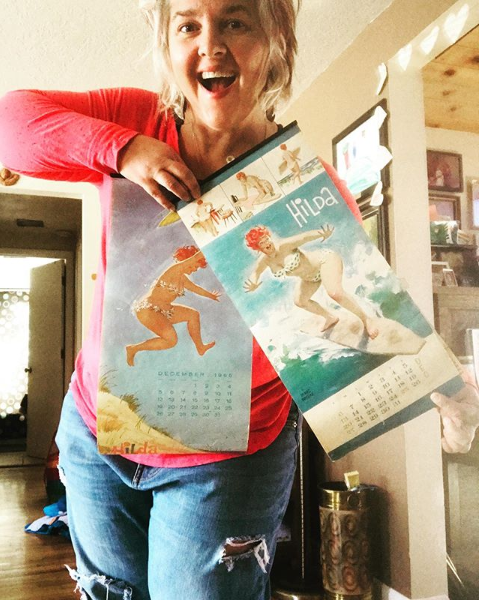 Hilda was one of the most iconic pin-up creations of her time. Created by American illustrator Duane Bryers (1911-2012), Hilda was created back in the 1950s, being featured everywhere and even on calendars up until the 1980s. It then fizzled out until feminist and body acceptance activist Amy Pence-Brown brought the pin-up creations back to life.

In her interview with Bored Panda, Brown explains why she brought back the pin-up creations by recreating the photos herself, which she then shared with her online followers. Hilda started by explaining that like the art of Norman Rockwell, Duane Bryers' Hilda reminds Amy and others of playful, sweet, and carefree days that have gone by, she said. However, she recalls other things.

Hilda shows a certain time when someone found big girls' curves to be sensual, silliness sexy, softness endearing, confidence, bold and bare, skin beautiful. For Amy, that is something that women can find in themselves as well. 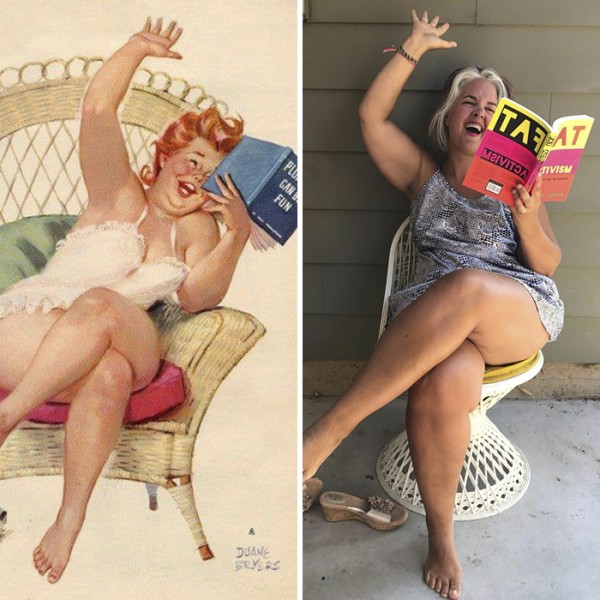 Amy told the Bored Panda that she has known of Hilda's existence for quite some time. It turns out Hilda's pin-up creations have been used to share positivity in the fat activist/body positive circles and pages. All of which were found by Amy in her wall.

Some were sent to her through private messages over the past five years. Hilda's existence was both shocking and celebratory. Amy explained that this was a body that looked similar to hers and many others, sexy enough to be put on a flirty calendar. 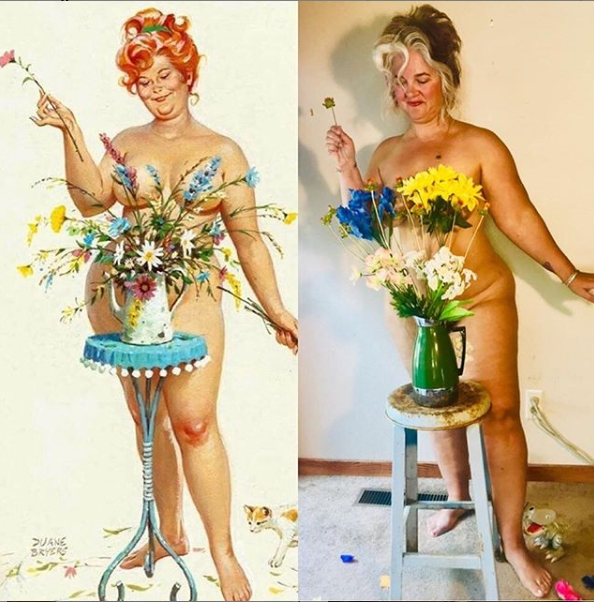 Amy and her pin-up creations

The feminist and body positivity activist continued, explaining that the pin-up creations are a breath of fresh air in a media world filled with body and sex-shaming. The negativity is something that's been consumed for so long. In the past, Amy had written about her love of using self-portraits.

As social media is a fundamental tool in the feminist revolution, Amy decided to help the world. By providing a little more feminism and body positivity, Amy used Hilda's imagery. To do that, she used her tripod, iPhone timer, and a few supplies she bought at the Dollar Tree down the street, even a thrift shop before embarking on a life-changing journey. 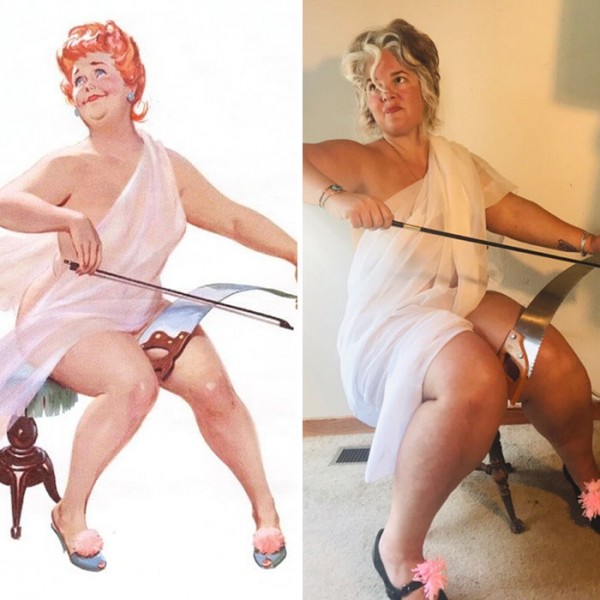 She created this summer project, with some dating back to 2017.

For the past 11 years, Amy has been both a feminist and body positivity activist in rural, conservative America. She used social media as a tool when she started participating in the revolution. She said that she had experienced mean and nasty comments, protected by anonymity behind the screens. 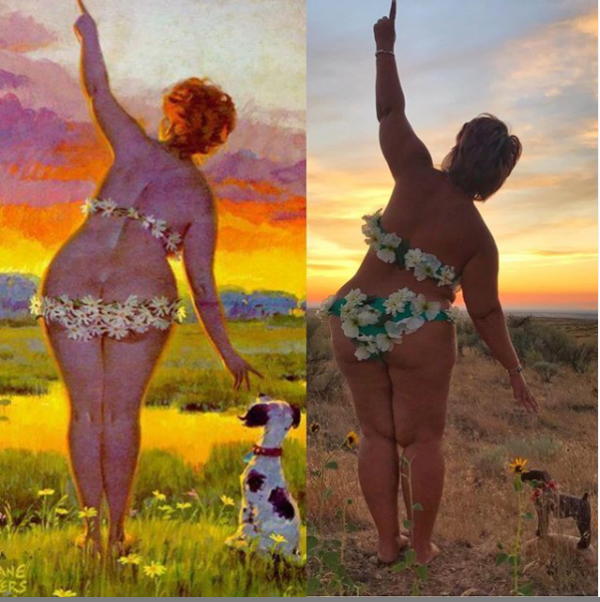 This negativity then became tenfold when a photo of her social activism performance art piece of hers went viral in 2015. This photo shows her in a black bikini and with a blindfold. Amy created 24 pictures of Hilda's pin-up creations with her page.

Why she used Hilda, Amy explains that Hilda is good and flirty. Amy is twice Hilda's age and so recreating her represents Amy's life as a woman and a mother. This project has touched people in many ways, some even more surprising than others.

To Amy, sexiness can be silly while it subverts the gaze and critically examining pin-ups to become radical. For Amy, everyone can have fun at the same time.