An Artist Moves on from Painful Break-Up by Creating His Own 'Boyfriend'
Share Tweet Email 0 Comments
NEXT> Coronavirus Conspiracy Theory: Did Nostradamus Predicted the Pandemic?
Saturday, September 18, 2021
STAY CONNECTED WITH US

Break-ups make people do things they don't think they can do, and that is the case for the 44-year-old artist in Portland, Oregon, Michael James Schneider. 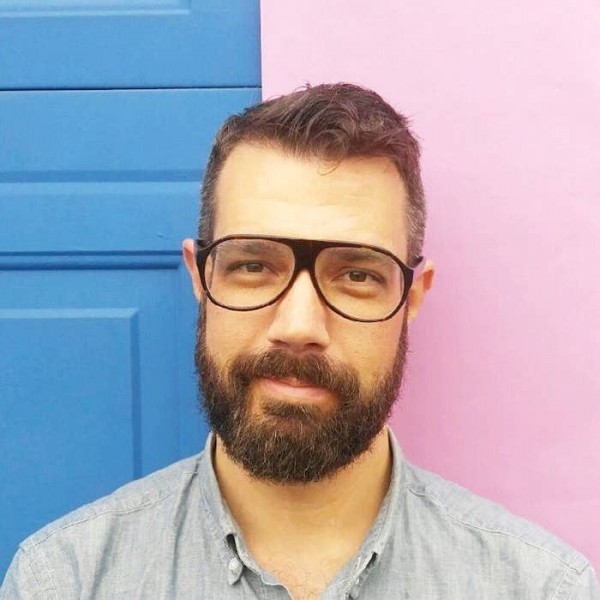 He was a retail worker a few years ago, but he decided to take a year off and do what he loves, which is creative art. He's done photoshoots showcasing his talent, and he posted them on his Instagram for everyone to see. His unique take on art has garnered him around 203,000 followers.

Schneider told Buzzfeed "A couple of years ago I had a rough breakup and self-medicated through wine, though I'm over the breakup now (and the copious consumption) I always thought it would be sad, funny, and a little sweet to make a companion from the empty cartons left over." 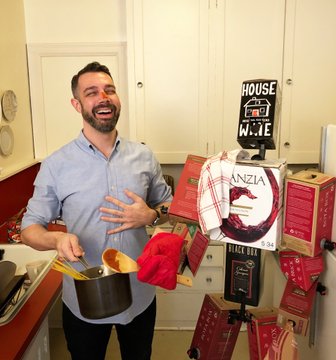 Since his self-medication left him with dozens of boxes of wine, he had an idea that will give his love for vino a twist. He made a new "boyfriend" out of the wine boxes. The 44-year-old artist said that his ideal boyfriend is someone who is sweet, kind, funny and generous as he counts the inner qualities.

Schneider added "I tried to show this in the photos, which at first glance could seem like cheesy stock photos that you find in a frame before putting your own in there. But maybe we all secretly want that significant other who boops us on the nose with pasta sauce while cooking, who goes grocery shopping with us and is as concerned as we are with the calorie content of focaccia chips." 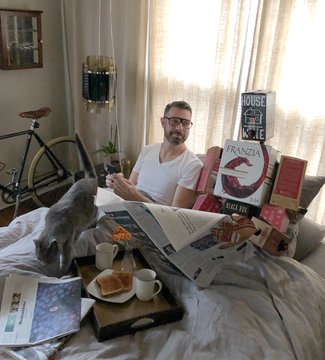 Schneider shared that he regularly changes his relationship status on social media, he changed it to "involved with pizza", "engaged to macaroni and cheese", and lately "in a relationship with nachos." The statuses were accompanied by photos, showing the evolution of his ideas.

He also said that he usually asks his friends into helping him take his pictures and his local grocery store is already used to his antics. Schneider posted the finished product and tweeted a picture of him with his BWB or Box Wine Boyfriend with the caption "I do not have a boyfriend so I made one out of boxes of wine." The tweet has gone viral with 99,000 shares.

Schneider's vital post had hilarious reactions from netizens. Twitter user @Garrett_Watts said, "So uh... you found that boyfriend yet or na?" 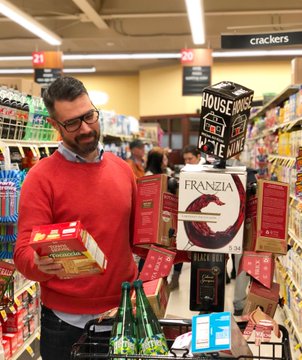 User @808isBoBTime expressed how precious he thought the pictures are and said "You guys are precious! ️ This is the stuff lasting relationships are made out of. Twitter user @ThatRachelH has a funny response to the pictures by saying "I have a husband I might be willing to trade for this." 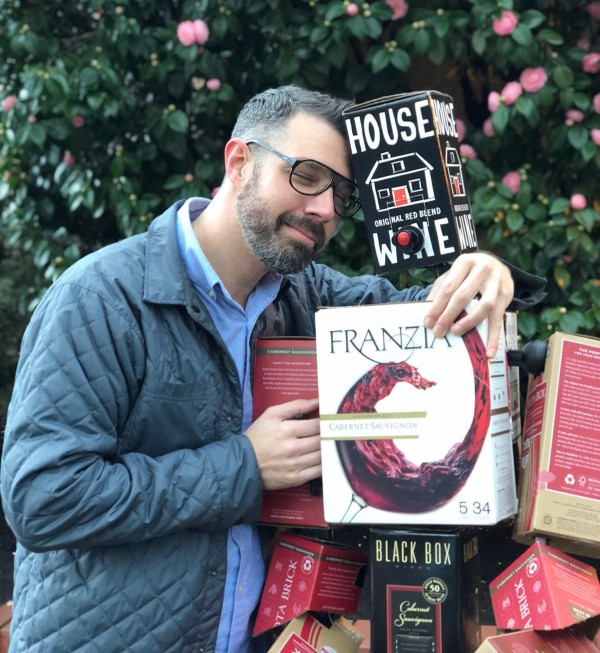 Twitter user @Ralphdwndrllama can't help but compare the "couple" to the movie Twilight, he said, "Still a better love story than Twilight." User @Kristen_Arnett loved Schneider's idea, and is considering of making a girlfriend, she said: "this is one of the most incredible things i have ever seen, i am going to make a girlfriend out of frozen pizza boxes."