Drunk Elephants Spotted in a Village in China
Share Tweet Email 0 Comments
NEXT> Living in Filth: Family in Kazakhstan Collects 1,300 Gallons of Urine
Friday, March 05, 2021
STAY CONNECTED WITH US

Drunk Elephants Spotted in a Village in China

Drunk Elephants Spotted in a Village in China 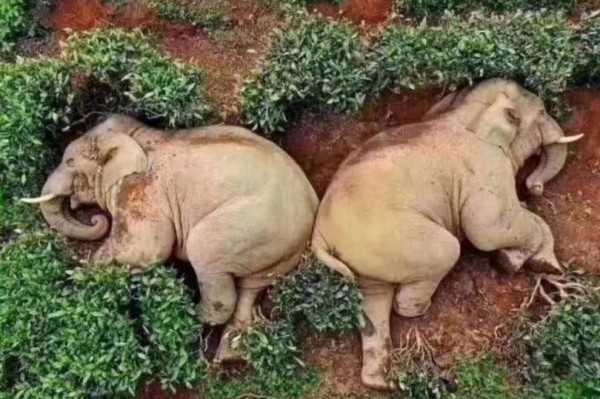 While humans are at home under quarantine due to the coronavirus outbreak, the animals are out to play. In Yuhan, China, elephants took advantage of the empty fields to go out, drink and have fun. The herd of 14 massive elephants went around the village in Yuhan to find food and be one with nature.

The majestic animals came across a 30kg of corn wine while strolling, and they decided to celebrate their suddenly found "freedom." They drank the corn wine, got trashed and two male elephants passed out in the tea garden.

This rare and hilarious moment was captured by the villagers in Yunnan, southwestern China. The villagers claim that the elephants went through their stocks of grain alcohol stores and drank 30 liters of corn wine. Pictures of the two drunk elephants were posted online by Zuzou Bingbing Travel Photography on Weibo and it was shared on Twitter. The adorable pictures garnered 975,000 likes.

Was it a hoax?

After the pictures surfaced online, villagers in the county of Menghai in Xishuangbanna Dai Autonomous Prefecture stated that the two elephants that were allegedly captured are part of the 14 Asian elephants who broke into their grain alcohol stores before they went to the tea field and "pass out".

However, officials in Yunnan revealed that the raid of the elephants took place last year and that the pictures showed sober elephants who were just resting. The deputy director of the Menghai Forestry and Grassland Administration said that the adorable pictures of the "drunk" elephants were not true.

The deputy said in a statement that the activity that is shown in the pictures did not appear within Menghai. There have been recent reports of 14 Asian elephants strolling around the villages and damaging grain alcohol stores, but no one is certain that they drank the stocks and got drunk.

The county administration said in a separate statement that the herd of 14 elephants had entered the villages on March 9 and they visited two homes on March 11 and 14. Two villagers named Wang Xiangdong and Li Yuncong reported the damage that the elephants caused to their corn storage vessels and their grain alcohol vats. The elephants also damaged their windows, doors and their solar panels. There were no villagers that were injured.

Forestry authorities in Yi Autonomous County and Jiangcheng Hani of Pu'er, which is known as the tea-growing city and 185 miles from Menghai County, claimed that the incident in the footage took place within its jurisdiction last year, on July 15, 2019. The authorities from the two counties claimed that the herd of elephants had visited a tea plantation and according to the footage captured by a drone, they only stopped to rest and they were not drunk.

Aside from the alleged roaming of the elephants in China, international news outlets also reported about other animals that appeared after hundreds of countries were ordered to be on quarantine. 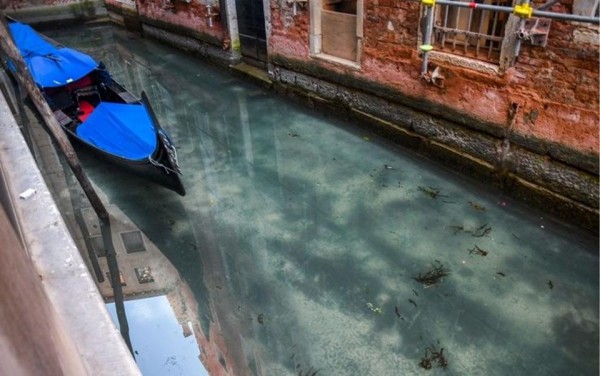 In Italy, locals captured thousands of fish swimming in the now clear waters of the Venice canal. Swans and cormorants also returned. Due to the lack of tourists, the pollution levels dropped and the streets were empty, there were no disturbances in the water and it allowed marine life to settle in.