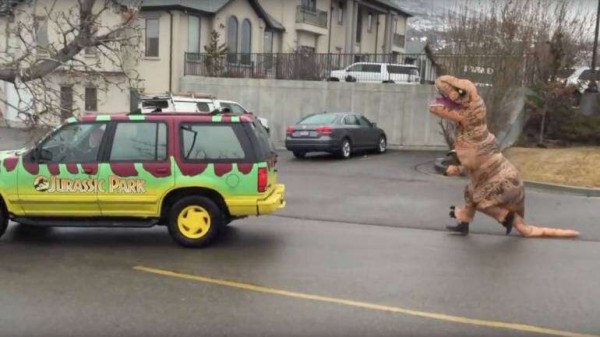 In most cases, it's been almost a week or more since many countries have imposed quarantines and declared lockdowns upon their people hoping they can stop the coronavirus from spreading even further.

Spain is no exception with the fourth position in the entire world, while second in Europe for having the most cases of people being infected with the coronavirus. Like the coronavirus outbreak itself, lockdowns and quarantines are turning out to be a challenging obstacle for many people to get used to.

People have to stay at home for every single one of their activities in their daily routines. Trips to the outside are limited to commuting to work, grocery trips. Sometimes, going on a walk with your dog.

Don't think about doing anything else unless you want to catch or spread coronavirus. The lockdown didn't stop someone from putting on a T-Rex costume and taking a stroll out on the streets in Murcia, Spain.

The local police department in Murcia uploaded a video on Twitter that shows a person in a full T-Rex costume walking down the street in a residential area in the neighbourhood of Vistalegre.

One resident of the region recorded the person walking around from the safety of their balcony. Also, the theme song of Jurassic Park is playing as backing music to the video.

A few seconds after the person crosses the street; there is a police vehicle that drives up to them. A police officer came out of the car and had a conversation with the person wearing the T-Rex costume. 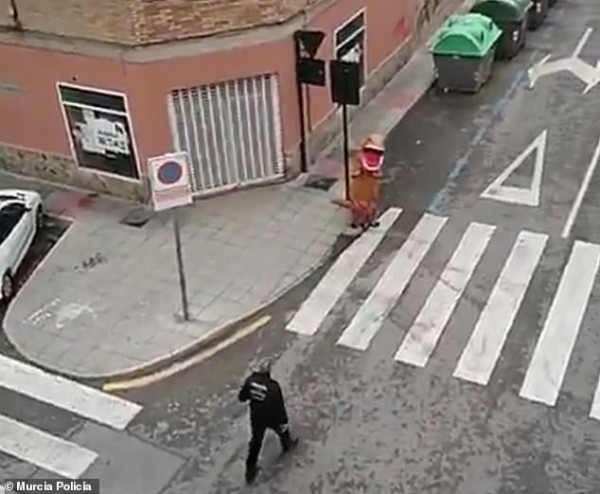 The police officer did not arrest the person in the costume, so it's safe to assume that they were told to stay inside if they had nothing better to do outside of their home.

The local police didn't make any official statements on the incident as of today. The local police department did, however, tweet out the video with a caption. The caption mentioned that during the lockdown, they'd allow pets to walk around outside but only if they have a person accompanying them.

Short walks can help pets relieve their stress and get some exercise. They also said that the guidelines do not cover a Tyrannosaurus rex, though.

Another one bites the dust

There was another similar video of a person in an identical T-Rex costume that surfaced. It isn't clear whether it is the same person as the video mentioned above. Many people guess they're using the costume as an alternative method to protect themselves against potentially being infected with the coronavirus.

There is a video of someone going on a walk with their dog while they wear a Star Wars stormtrooper helmet, which can justify the case of a costume being used to protect against the infectious virus.

The local police department of Murcia took these videos as an opportunity to remind the people of how important it is to stay safe during this global pandemic. T

hey are telling people to stay in their homes, wash their hands as much as possible, air out their home frequently, and only go outdoors for essentials such as medicine, groceries, and going to work.