Man from Ohio Crashed His Sister's Wedding with a Llama
Share Tweet Email 0 Comments
NEXT> Disney's 'Tangled' is Said to Have Predicted Coronavirus Outbreak
Wednesday, September 22, 2021
STAY CONNECTED WITH US

Man from Ohio Crashed His Sister's Wedding with a Llama 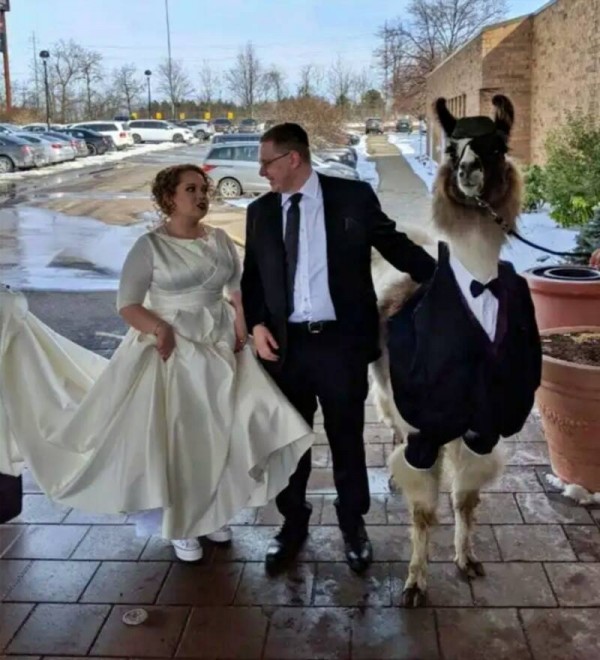 Weddings are a mixture of stress, fun, and excitement, especially for the bride. There are numerous antics that are done on weddings, and one recent antic that garnered the attention of the people online is that of a man who brought a llama on his sister's wedding.

Mendi Weinstock, a man from Ohio, followed up on a 5-year long joke between him and his sister. He said that he promised his sister, Riva Weinstock, that he will bring a llama wearing a custom tuxedo at her wedding. To the dismay of her sister, pictures of the animal are now online and have received 161,000 upvotes on Reddit.

One picture that is making its rounds on the internet includes Mendi, the llama, and Riva who is dressed in her wedding gown and had a confused and shocked expression on her face. Riva said in her interview with Buzzfeed that she was not thrilled when she saw her brother with the llama, however, the look on her face was what her brother was aiming for.

Mendi said that his sister walked outside and was surprised, she obviously was not prepared for the unexpected guest. The llama was a joke that he and his sister shared five years ago when they were driving with their friends from Ohio to Indiana.

He said that his sister was talking about her wedding, planning it and talking like it was going to happen the following day even though she was not dating anybody at the time. He tried to pick a fight with him and said that if she makes him come to her wedding, he is going to bring a llama with him, as it was the first thing that popped into his head.

How the promise came true

Riva added that after they fought, she gave in and said that the llama is invited to the wedding. She forgot about their spat in the car until he came through with his promise. Mendi said that he booked the llama named Shockey for $400 from a farm near Cleveland, Ohio. A custom tuxedo was made for the animal and he made a special appearance outside of the wedding hall for 30 minutes while the wedding guests took pictures with the furry wedding crasher.

After Riva saw the llama, she realized that everyone was in on the joke except for her because two of her friends propped up two inflatable llamas and placed them at the table of the newlyweds. Mendi was glad that everything went according to plan and the preparation and the money that he spent on the stunt was all worth it. 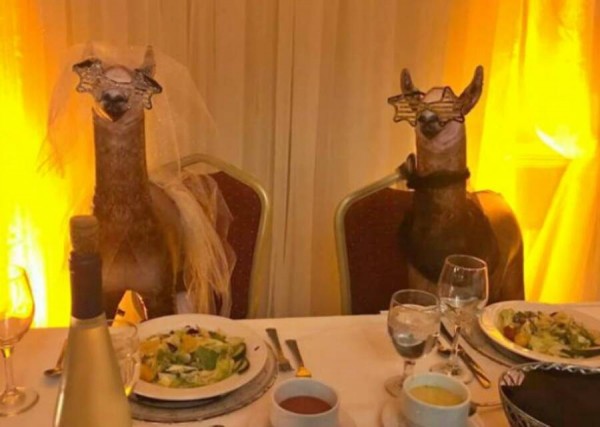 However, Riva won't just let this go. Her brother has his college graduation coming up and she vowed her revenge. Riva admitted that she has started planning a stunt for his brother's big day.

This is not the first time that llamas crashed weddings. In fact, there is an Instagram page dedicated to llamas that were brought to wedding ceremonies all across America. Looks like Mendi Weinstock was not the only one who thought about this kind of stunt.

ALSO READ: An Artist Moves on from Painful Break-Up by Creating His Own 'Boyfriend'