Center of Yellowstone National Park is Pulsating, Will It Erupt Soon? 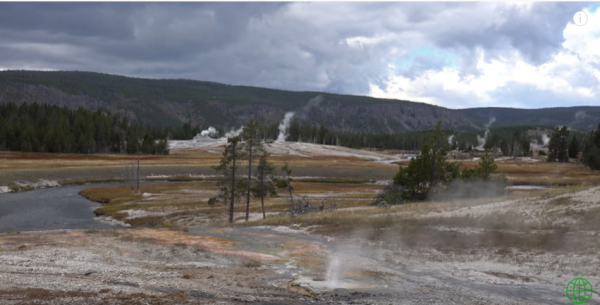 (Photo : youtube/@Amazing Places on Our Planet)

A massive area at the center of Yellowstone National Park is pulsing due to magma. According to the National Geographic, the magma made its way to the surface and the pressure beneath the area pushed the rocks up, thus creating a pulsating effect. The inflating and deflating of the area as been happening for the past 10 years.

The researchers observed that the Norris Geyser Basin, which is the hottest, oldest and most dynamic thermal area in the Yellowstone National Park, rose 5.9 inches every year from 2013 to 2015. The experts used GPS data and satellite radar and found out that the pulsating was caused by magma intrusions that are trapped below the area's surface. 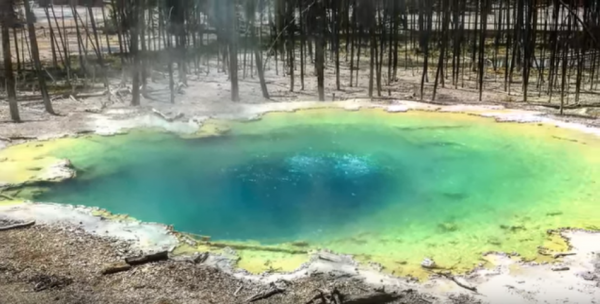 The Yellowstone National Park is located in the northwest region of Wyoming and it is known for its steam vents, hot and bursting geysers, and its bubbling pools. The park measures around 3,472 square miles and it is larger than Rhode Island and Delaware combined. Most of the land is in the territory of Wyoming, but due to its size, some parts of the park can be seen in Idaho and Montana.

A supervolcano can also be found below the park and experts stated that it erupted around 640,000 years ago. However, there are still some magma beneath the surface. Tourists were allowed at the Norris Geyser Basin in 1996, but the area was shut down between 2013 and 2014 after an earthquake with a magnitude of 4.9 struck the area. The ground in the park started to sink back to its natural depth after the event. In 2016, data shows that the area began to rise again and experts say it is paused for now.

According to Dan Dzurisin, one of the authors of the study, when magma seeps into the crust, it crystallizes, cools and releases gases that had been dissolved. This is why people can see smoke rising from the ground.
Dzurisin stated "Gas escape lowers the pressure in the magma, causing the surface to subside... But rising gases can become trapped under an impermeable layer of rock, causing the kind of rapid uplift seen at Norris from late 2013 until the [magnitude] 4.9 earthquake in March 2014."

The earthquake in 2014 created microfractures that allowed gases from the ground to escape, thus resulting in subsidence that eventually ended a year later. Between 2016 to 2018, another uplift happened, which means that gases were trapped again but in a shallower depth.

The Norris Geyser Basin is not the only one acting up, the Steamboat Geyser has had frequent eruptions since 2018 and the activity could be a manifestation of a hydrothermal explosion. The Steamboat Geyser erupted 47 times in 2019, and 32 times in 2018. Scientists stated that the eruptions of the geyser is related to heavy snows in Yellowstone, which created groundwater when it melted. The water-fueled the geysers and hot springs, thus creating more eruption.

Meanwhile, the Yellowstone National Park officials stated that the park will still be open despite the coronavirus spread but it will be open with modifications to operations.

ALSO READ: Believe It or Not, This Newborn is Named 'Covid Bryant'