600 Beer Bottles from the 19th Century Discovered
Share Tweet Email 0 Comments
NEXT> These People Experiencing The WORST Quarantine Than You, Here's Why
Wednesday, May 12, 2021
STAY CONNECTED WITH US 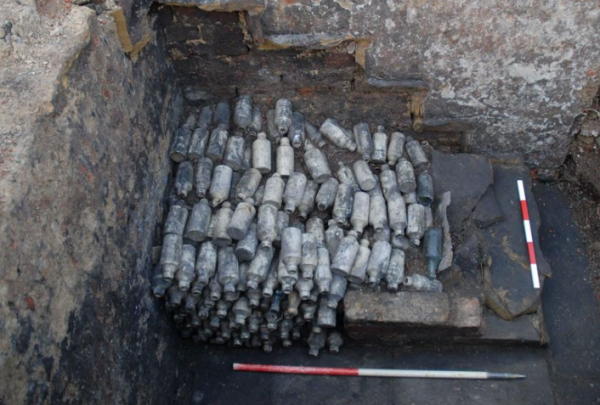 A group of archaeologists in Leeds, England was able to dig up more than 600 beer bottles at the site of an old Victorian brewery. The bottles were all stacked neatly just beneath a cellar staircase. According to experts, the beer inside the bottles that were produced in the 19th-century contains high concentrations of lead that is already considered dangerous.

The Drinks Business reports that the bottles were all found beneath the remains of the Scarborough Castle Inn, placed in the cellar of the old Tetley Brewery.

According to the Yorkshire Evening Post, the Archaeological Services WYAS is in the middle of investigating this specific part of Leeds to see if they see more artifacts from the Victorian Era. Developers are now preparing for the construction of a residential neighborhood and they want to dig up as many antiques as they can before the area becomes a commercial space. The Tetley brewery operated during the Victorian era, but the site itself dates as far back as the medieval era in England.

The bottles were dug up back in February, and according to the archaeologists, they dated back to the 1880s. The senior project manager of Archaeological Services WYAS, David Williams, told The Drinks Business. Different kinds of brands were identified in the stack of bottles, but most of them were labeled "J. E. Richardson of Leeds." 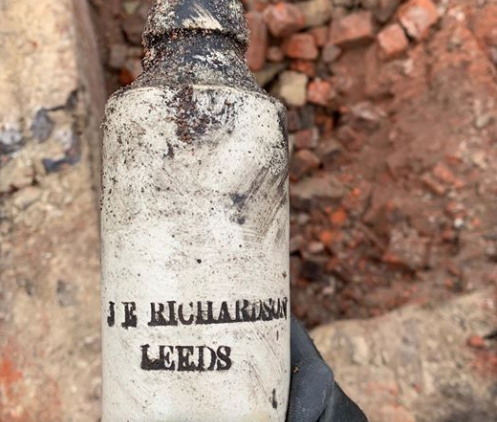 Hundreds of the bottles still had liquid in them, and the archaeologists initially thought that the liquid was ginger beer, according to the Facebook page of the group. They took out samples of the liquid and sent them to the West Yorkshire Joint Services for analysis. On March 20, 2020, the archaeology group posted an update with the caption: "Remember those bottles that we found? Well, the analysis has come back!" 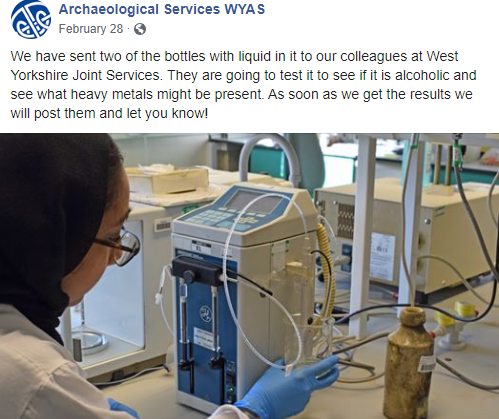 It turns out, the liquid was not ginger beer but actual beer. Another noticeable discovery is that the beer has high levels of lead in it. The test found a pH of 5.07, which means it is very acidic, an alcohol content of 3%, which means it is a light beer and no traces of most heavy metal except for lead. The lead concentration in the liquid was measured at 0.13 mg/l, which was above the maximum acceptable level of 0.01 mg/l established by WHO or the World Health Organization.

The group wrote on Facebook "This beer would have been detrimental to health. We suspect that this will be a result of water coming from lead pipes."

The contaminated water was used to make the beer. During the Victorian era, lead pipes were used in England and the United States, but it was also during that era that people finally learned about the dangers of excess lead in drinking water.

High levels of lead in the system can trigger a lot of health problems, and the health problems can vary depending on the age. The CDC or the U.S Centers for Disease Control and Prevention says that excess lead consumption in children can lead to behavioral and learning issues, lower IQ, slowed growth, hyperactivity, and anemia. In adults, excess lead can lead to cardiovascular problems, fertility problems in both men and women and weakened kidneys. It is very dangerous for pregnant women because lead can affect the development of the fetus and it can cause preterm births as well.

As for the bottles that the archaeologists dug up, the developer in Leeds will put them on display at the site of the former Tetley's Brewery, according to The Drinks Business.