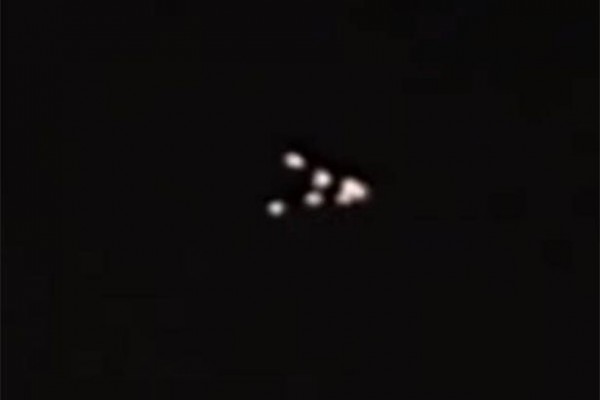 Just this week, a triangle-shaped UFO was spotted for the third time in Texas skies. The mysterious flying object was seen on New Year's Day in Houston, Texas, before it was seen again above a motorway in Bogata on February 20, 2020.

The recent sighting has been above Seguin, and it is said to be the clearest video of the alleged UFO. The shows seven lights moving in a triangular formation in the night sky. The man who filmed the scene can be heard shouting profanities out of complete shock. The collection of lights continued on its path and after a few minutes, it disappeared.

The YouTube channel Disclose Screen, who regularly posts conspiracy theories about unexplained sightings and events, uploaded the said video in a round-up of UFO sightings on March 28.

One viewer stated that the alleged UFO could just be the army and the police testing their new equipment. Another viewer claimed that the coronavirus quarantine may be a part of the conspiracy. The viewer said that it could be a reason why people are asked to stay at home so that UFOs and other unexplained objects and creatures can go out.

There were numerous conspiracy theorists in the past, and they have come up with a lot of outlandish suggestions for what the UFO could be. Some people believe that they are an example of a top-secret government fleet of craft that is known as the TR-3B.

The TR-3 Black Manta is the name of the surveillance plane of the United States Air Force that is said to have been created under a black project. Conspiracy theorists also said that it is a supersonic stealth spy plane with a triangular design even though the description and the name of the craft has never been officially confirmed by the government.

Not all people have connected the sighting to UFOs or the government. There are those who have more realistic claims, like drones, passenger planes or even Chinese lanterns that are often used in festivals around the country.

The first sighting of the triangle-shaped UFO was taken in Houston on New Year's Day. The video showed three bright lights slowly moving in the sky. The lights remained in a perfect triangular formation and moved at the same time. This sparked claims that the said lights could be from one craft. 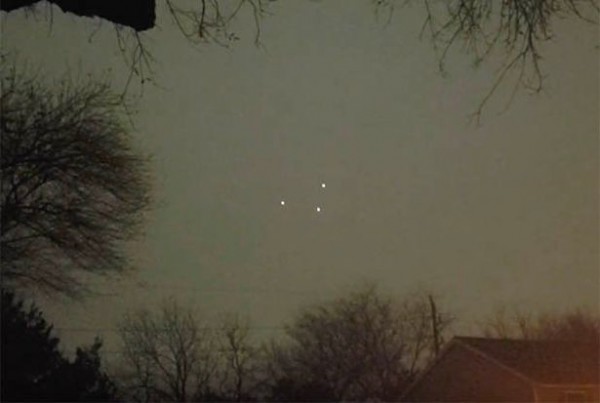 The video was shared by Stephaine Westerfield on YouTube on January 3, and she said that she was not sure what the lights are. Since it was uploaded, dozens of conspiracy channels shared their thoughts on the sighting. One viewer commented that the triangle-shaped craft was allegedly seen in other parts of the world.
The original person who filmed the scene stated that he or she saw a red orb being dropped from the flying object just moments before they started recording the whole thing. Skeptics said that the lights could just have been kites or drones.

The second time that the triangle-shaped UFO was spotted in Houston, Texas, as on February 17, 2020. The person who filmed the sighting saw three red lights and it moved at the same time, earning claims that it was a UFO that passed by. However, despite the three sightings this year, there has been no investigation and concrete evidence to prove that they are UFOs.

ALSO READ: Straight Out of a Movie: Orange Mushroom-Like Cloud Spotted In Portugal