Is Coronavirus a Bioweapon or Biblical Prophecy? Here's What Twitterverse Says
Share Tweet Email 0 Comments
NEXT> Father in China Built 'Baby Pod' to Protect Child from Coronavirus
Tuesday, October 27, 2020
STAY CONNECTED WITH US

Is Coronavirus a Bioweapon or Biblical Prophecy? Here's What Twitterverse Says 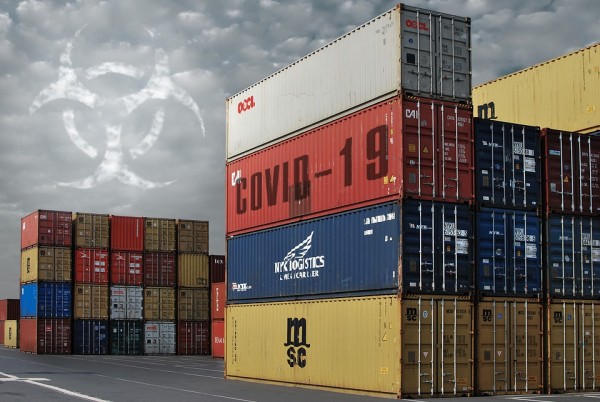 Since its spread in January, the coronavirus has infected more than 800,000 around the world. The pandemic is said to have started in Wuhan, China after the locals ate bats and it made people sick. Because of constant traveling and gatherings, they were not able to contain the virus until it was too late.

However, not everyone believes the origin of the virus. There are conspiracy theorists that have shared their thoughts on social media platforms and they are pretty convinced the origin of the virus is deeper than eating a mammal. Based on the rumors and the theories, the virus is man-made. There are those who have stated that the virus was created in a laboratory in China, while others said that the pathogen was created in the US.

Numerous scientists have debunked the outrageous theories, and they even provided evidence of the natural origin of the virus. But the conspiracy theorists are still not convinced.

One twitter user @jazzy914 said "#China owes billions to all the affected countries. People eating disease-infested bats and are spread across the world. And please believe this was purposely done! #BioWeapon #coronavirus #COVID19"

Another Twitter user named @FarmerNC said "It is true. It will be unimaginable. The #coronavirus bioweapon is mostly an economic weapon designed to bring mark of the beast IMO."

Twitter user @RobertOLeary15 said "Don't discount likely possibility release of the Coronavirus from WuHan Bioweapon facility was purposeful.  No more rioting in HK and 60 Chinese cities is there?"

Numerous Christian groups are calling the COVID-19 pandemic as a part of the Biblical prophecy, and that the end of times is near. Many Christian groups believe that what is happening around the world is the same as what happened hundreds of years ago, such as wildfires, lotus attacks, and plague.

Twitter user @nahshon85 said "In the #Bible 10 plagues hit #Egypt right before #Passover. And now the #coronavirus has hit in #America right before Passover. #COVID19."

Another Twitter user named @Davidjt43 said "The book of Revelation is the most relevant book of our modern time. You want to know what events are planned to read the Book of Revelation. The microchip in the hand is part of the plan with #Coronavirus. Please read Revelation 13:16."

Twitter user @flycuteprincess said "This coronavirus is the beginning of PLAGUES and judgment from The Most High.  It's going to get worse as the book of Revelation plays out. Might wanna read it or ask a Hebrew to explain it. Heed their warnings-WE KNOW WHATS HAPPENING. 2 Esdras 15"

Despite dozens of conspiracy theories linking the virus to bioweapons and religious foreshadowing, there is no concrete evidence that the virus is connected to either.

Michael Brown, a Christian writer from The Stream said that what is clear is that the coronavirus pandemic should not be viewed as an end-time plague. Instead, it should be viewed in the same way that people have viewed a lot of other pandemics and epidemics throughout history. The events are tragic reminders of the broken state of the world and how frail our race is.