Is Uranus Shedding Off Some of Its Atmosphere?
Share Tweet Email 0 Comments
NEXT> Mysterious Bats Drop Dead Across Israel, Some Say Its A 'Biblical' Prophecy Fulfilled
Tuesday, October 19, 2021
STAY CONNECTED WITH US

Is Uranus Shedding Off Some of Its Atmosphere? 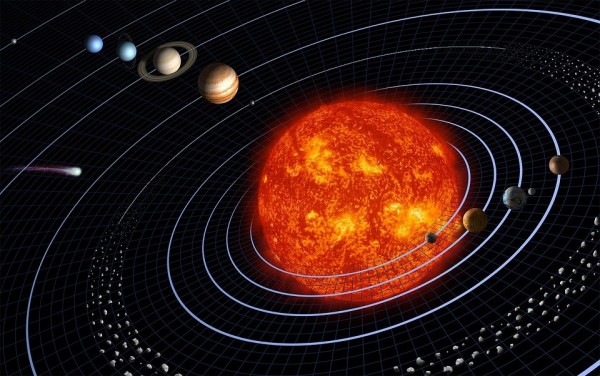 Just recently, NASA made another discovery about Uranus after going through some of their gathered data from the Voyager 2 in one of their visits in the year 1986. The data showed about a magnetic bubble surrounding Uranus and it looked like the planet is going through some "shedding" with its atmosphere, which its pieces are floating into space.

According to scientists, the shredding of Uranus is caused by the planet's twisted magnetic field, which is the reason why the magnetosphere is making the planet look like a worn-out football.

With this, the shreds of Uranus' atmosphere leaks out in space through bubbles of plasma, which are more known as plasmoids. These plasmoids are getting off from the planet's magnetic field and it now moves around the Sun.

Furthermore, scientists from NASA also revealed that the plasmoids that are going around Uranus can measure up to 127,000 miles by 250,000 miles, and has also pulled up to 55%, starting from 15 percent, of Uranus' total atmosphere from the planet.

What are the magnetic fields for?

But, according to NASA, these magnetic fields can also make funnels for the atmosphere to go further away from the planet. 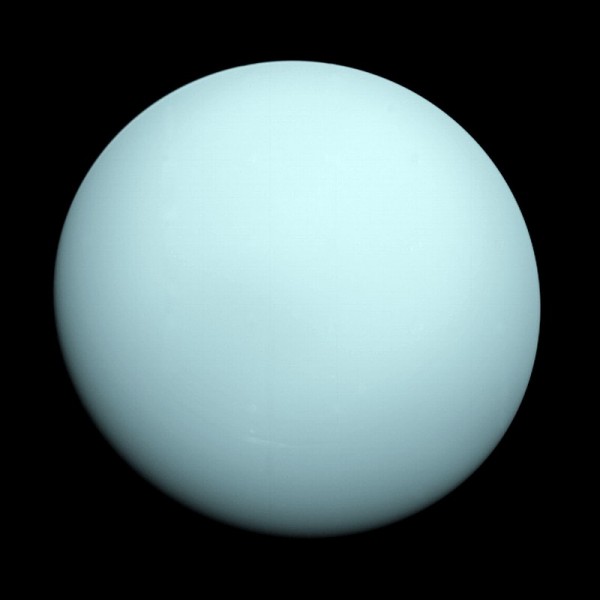 Uranus is not the only planet that has been observed by NASA with the same space movement. In fact, according to NASA, these shreds of the atmosphere also happened to Saturn and Jupiter. Some scientists also theorize that Mars also lost some of its atmospheres.

The Discovery of Uranus' Unique Movement

NASA's space physicist at the Goddard Space Flight Center and project scientist for Mars Atmosphere and Volatile Evolution, also called MAVEN mission, Gina DiBraccio, also revealed that Mars used to be a moist planet that has a thick atmosphere.

According to DiBraccio, Mars had evolved through time that the wetness of the planet became dry, as we have known about Mars today. Mars was believed to have been shredding off the atmosphere for almost 4  billion years, resulting in the dry Mars planet that we know now.

However, unlike Mars, Saturn, or other planets in the solar system, Uranus can function on its own as it rotates, sitting perfectly on its side.

NASA further then explained that Uranus' magnetic field axis points 60 degrees away from its original spin axis, making the planet spin while its magnetosphere is wobbling like a worn-out football. 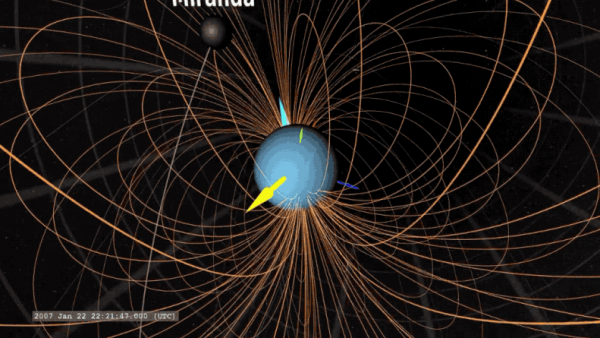 With its unique movement, DiBraccio and her team became so interested as to why Uranus is shredding off its atmosphere differently compared to other planets. She and her team extracted the data 34 years ago from Voyager 2's findings.

The discovery from 1986 became a new study that DiBraccio and her team, alongside her co-author Dan Gershman who is also her co-worker at Goddard Space, focused on. In the data that they extracted from Voyager 2, the Uranus' magnetic field looked more like an up and down blip, where they made a 3D visualization of it and revealed that the movement looked like a cylinder.