See How This Postman Makes His Deliveries Funnier And More Enjoyable
Share Tweet Email 0 Comments
NEXT> Supermoon 2020: How to See It on April
Friday, March 05, 2021
STAY CONNECTED WITH US

See How This Postman Makes His Deliveries Funnier And More Enjoyable

During these lockdowns, because of the coronavirus outbreak, people will need someone to cheer them up. That is where the viral postman funny costumes come in.

Jon Maston is a cyclist, dad of two children, and a fantastic guy. He has found an enjoyable way to entertain himself and other people that see him up during this quarantine and lockdown situation. Jon is a postman from the United Kingdom village of West Boldon. Instead of wearing his uniform when making deliveries, he opted to wear costumes that radiate with flamboyance.

Jon's hilarious costumes make it so that when he delivers packages, people on his route are expecting his arrival every day. The new looks that he wears cheers up the people that see them.

Not only that, but it also eases the stress that Jon feels since he has to keep working during these dangerous and challenging times. The funny postman costumes have gone viral online, so if you haven't seen them, check them out.

Why Does He Wear The Costumes?

Four years is how long Jon has been a postman. Before being a postman, he was a bus driver. It was a significant change of direction, but he loves his job of being a postman. Meeting unfamiliar people and being outside in the clean, fresh air are some things he loves about the situation. 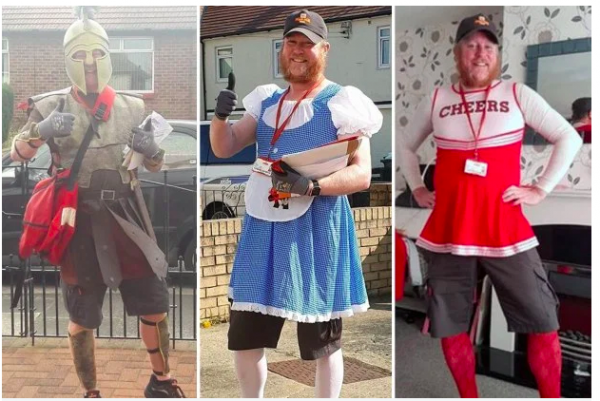 The route Jon has been going has been his route for about two years, which means he knows almost everyone he delivers to on the way. He thinks the people are fantastic, and he feels lucky that he provides to people that live in the area that he lives in.

This led to him delivering to people that are his neighbors, and some of them are his friends.

Before the outbreak of coronavirus, a typical workday for Jon was simple. He would arrive at the delivery office, which was where he would prepare for his delivery walk. That involves him sorting his mail in the order he delivers them, so it isn't a challenge to find the delivery he needs. 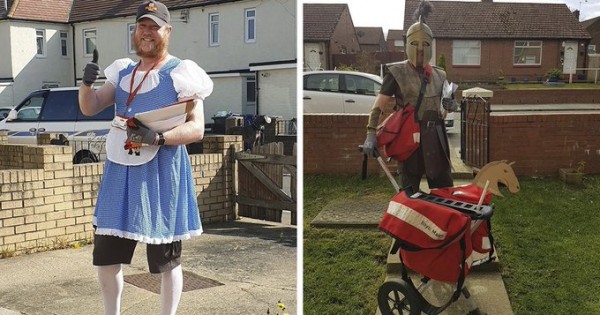 Then, he loads his van with packages for delivery. They work in pairs with a small trailer for each pair. A workday for a couple leads them to drive in a circle for each area right before moving to the following field. They would meet at dinner time before they moved on to do the second half of their duties.

Jon loved to chat with the customers, and he would sometimes call them to check in on them. But the global pandemic has caused his routine to change. He can't go to his office since they need to minimize human contact and to social-distance from each other.

Paul, Jon's work partner, has to prepare the mail and load the van up by himself. Then, he drops off the letter at Jon's house, where Jon continues the work using a bag trolley. 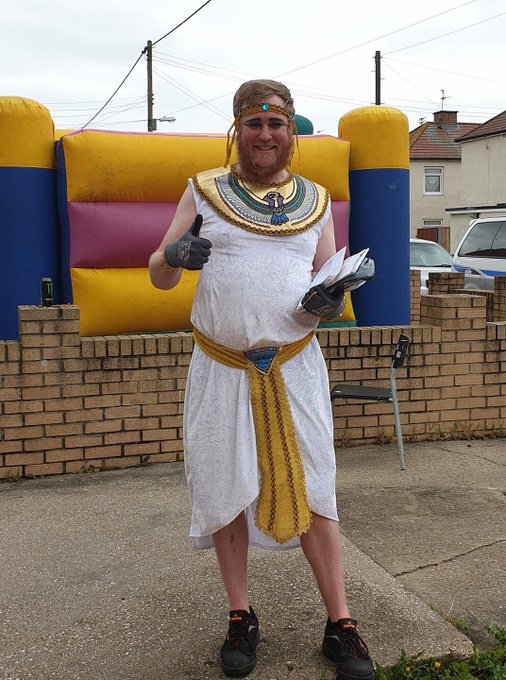 Jon has noticed how this has changed everyone he usually meets on his route. He misses seeing his partner all the time, and he misses interacting with his customers on a personal level. This led to this postman funny costumes he wears to work every day to get his customers to laugh.

So if you want to laugh during these difficult times, have a look at Jon Maston's hilarious costumes.