These Isolated Art Lovers Recreated Famous Masterpieces While On Lockdown

Quarantine and being on lockdown may be boring for most people, especially those who are not used to staying at home. However, you can always make your stay at home fun and creative, just like some of these art lovers who went viral online for recreating some of the world's greatest art masterpieces.

If you're starting to get bored in just lounging around the house and you've run out of things to do while in quarantine, you might want to follow what these art lovers did and start letting out your creative side.

Getting bored in quarantine

While some may be enjoying their stay because of the quarantine and city lockdowns, there are also people who are starting to get bored and are running out of ideas of what to do with their time at home.

Whether you are an artsy person or not, you can always make something creative out of anything-- blankets, used toilet papers, paint, and a whole lot of other things you can find in your home. 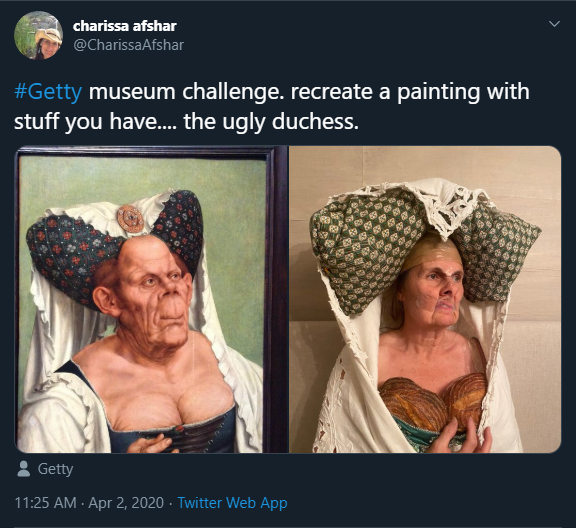 J. Paul Getty Museum, which is a famous museum located in Los Angeles, recently features some quarantine-inspired artworks from different people who are in their homes during the lockdown. 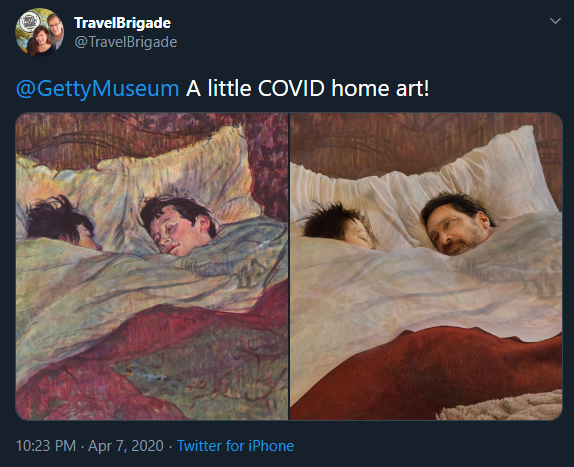 Since everyone is at home and is most probably glued to their phones most of the time, many people found Getty Museum's tweet and started joining the conversation by posting their artworks on the tweet's thread. 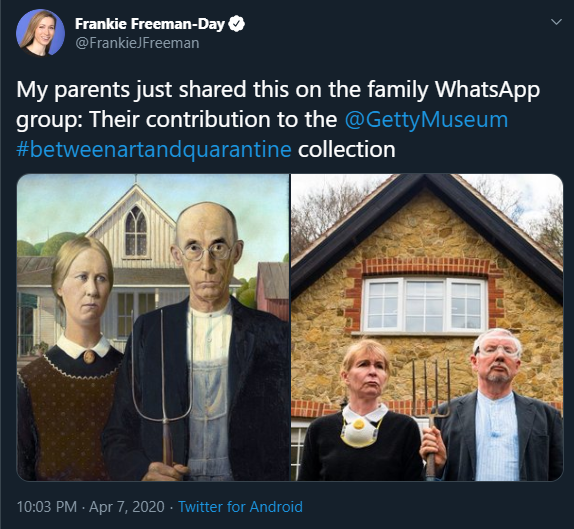 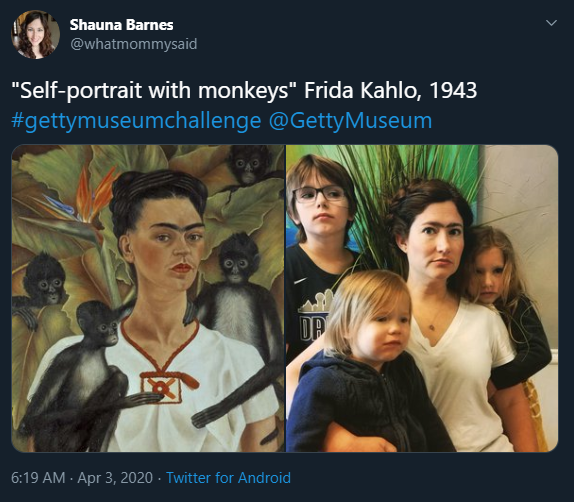 According to Getty Museum's social media manager Sarah Waldorf in an interview with Yahoo Lifestyle, their audience demanded what beautiful artworks they wanted them to post on their social media account.

By doing so, it will shed a light to those people who know less about art and learn more about it, how to do simple yet magical artworks at home and find pride in showing it off on social media and the whole world. 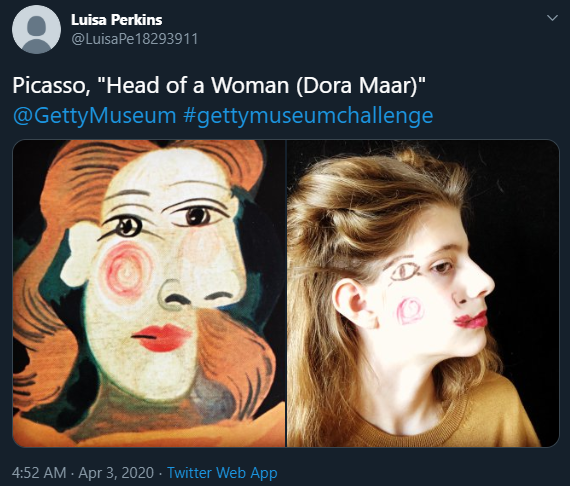 Waldorf also added that they want to offer something very creative to challenge everyone who is mostly at home in making something wonderful and exciting with any materials they can find at home.

Where the challenge inspiration came from

According to the museum, their social media challenge was inspired by the famous Dutch Instagram account named Tussenkunstenquarantine, which means to emphasize the gap between art and quarantine. 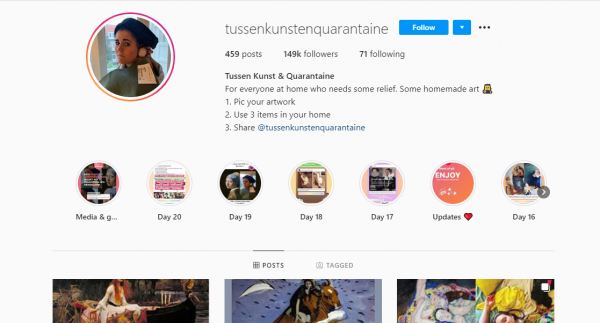 The Instagram account was launched by a group of women who did a recreation of  Vermeer's Girl with a Pearl. The group was led by a woman from Amsterdam named Anneloes Officier and her roommates.

Officier and her roommates shared that they got bored staying at home and thought of making recreational art during their quarantine stay to have a little fun. 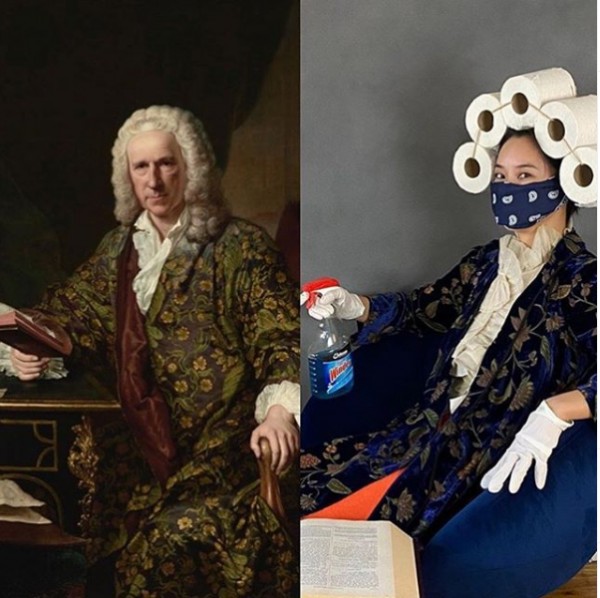