Man Dresses Up Everyday To Cheer His Neighbors
Share Tweet Email 0 Comments
NEXT> Bronze-Aged Humans Risked Their Lives to Steal and Decorate Ostrich Eggs
Thursday, April 22, 2021
STAY CONNECTED WITH US

Man Dresses Up Everyday To Cheer His Neighbors

With all the coronavirus reports, news and cases are still drastically increasing at almost every country in the world, everyone is prohibited to go out of their homes (unless it's necessary such as work and getting supplies).

Even though quarantine and the lockdown got everyone locked in their homes for who knows when people are findings ways to make it enjoyable at the same time.

Good thing we have the Internet because social media has been one of the things that helped people cope with their worries and stress about the global pandemic that has been going around. 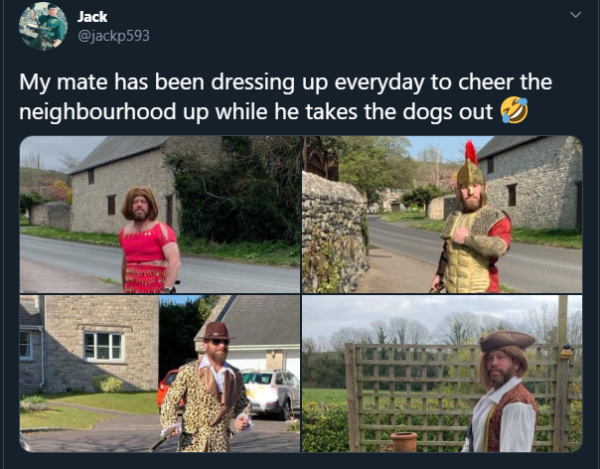 At a very crucial time like this, everyone should be each other's pillar. Now that most people are now getting all the stress, especially the government officials, health workers, and frontliners in this war, the last thing people want to feel is discouragement and hopelessness.

At times like this, everyone should help each other and practice certain protocols such as staying at home to fight the spread of the virus. With just small gestures, you can even help save the world and other people from catching the disease.

Although it might be boring to stay at home for a couple of weeks, say months, there are tons of ways that you can enjoy your whole stay at home while in quarantine and make it creative as possible. One man became viral online because of his high-spirits and making everyone smile not only on social media but everyone in his neighborhood as well.

The man behind those smiles

Former Royal Marine from Weymouth, England who is known as Jack P. went viral online because of his cheerful mindset and ways of making people happy amidst the coronavirus issue. Jack posted many photos of him online wearing different clothes and costumes to cheer his friends, relatives, and neighbors during this crucial time the whole world is facing. 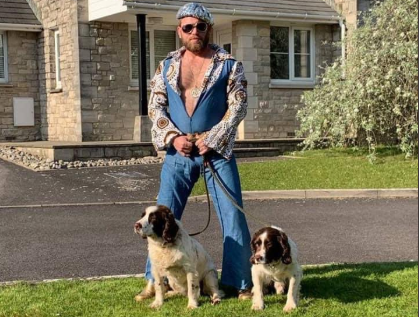 From dressing up as a Roman Soldier to becoming the British-version of Batman, Jack was able to pull up some costume ideas that his fellowmen loved and enjoyed. Jack did not only limit spreading his cheerfulness to his neighbors but he also posted it on Twitter to share the joy to everyone across the world. 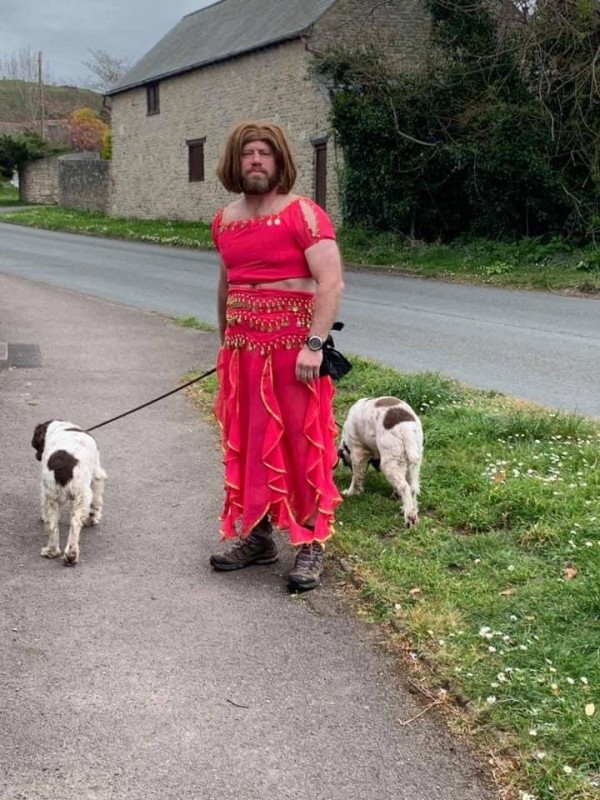 In one of his tweets on Twitter where he posted a photo of him wearing a dress and looked like a princess, his post blasted up to more than 21,000 likes and 3,000 retweets. 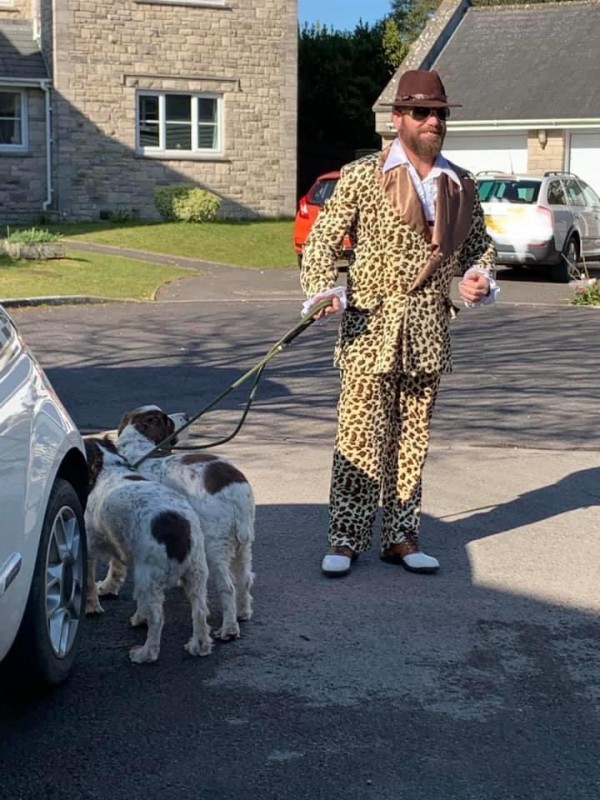 A friend of Jack also tweeted about his whereabouts and doings. Most of the photos Jack posted was a photo of him in a different costume every day while he takes his dogs for a walk. 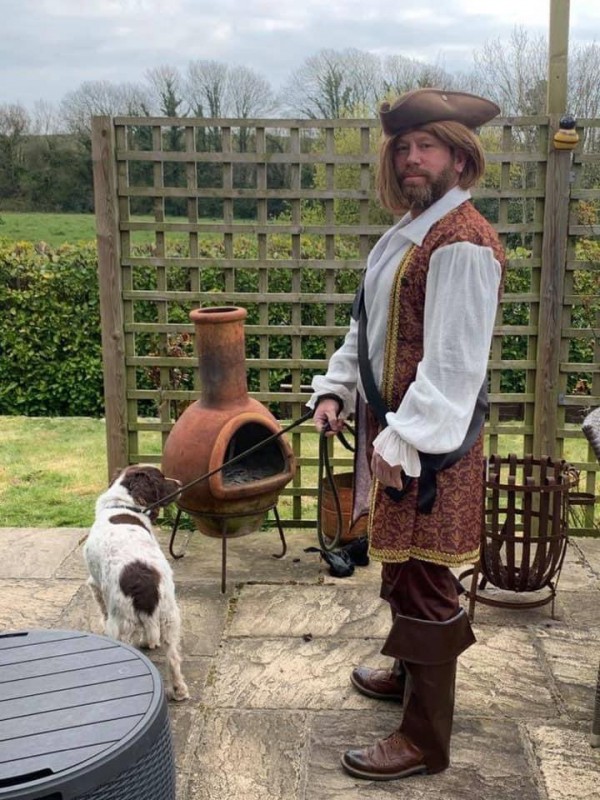 The postman who made everyone smile

Another man went viral just weeks ago where he was able to put some smiles on his neighbor's faces who are mostly in quarantine and lockdown. The man was a postman in West Boldon, the United Kingdom named Jon Matson. Just like Jack, Jon was able to cheer up not only the townspeople but also people on social media. Jon wore different costumes every day as he sends in mails to his neighbors. His tweets became viral as well.