There has been a lot going around lately in different parts of the world. Amidst the global pandemic of the novel coronavirus, natural calamities in different countries, and strange and odd things that are spiralled by conspiracy theorists, every day seems to get more peculiar, and it's not stopping anywhere. 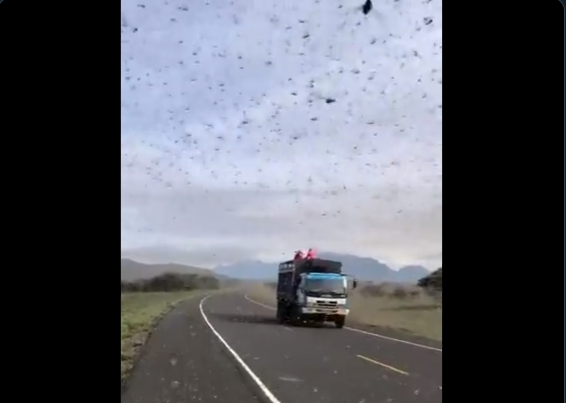 While many conspiracy theorists would think it might be the end of the world because of the current events that are happening to the whole world, some people also associate these happenings based on the Scriptures. One of these events as to why it might seem too familiar and the same to what the Scriptures said is the attack of locusts-- and it has already happened in a place in Africa

The attack of millions of locusts in Africa

A video footage went viral online when apocalyptic scenes have resurfaced in Africa, showing millions of swarms of locusts flying across a town.

The video sent chills to every viewer and it was a total goosebump. The footage was recorded from a place near the sacred Samburu mountain, which is known as Ololokwe in Kenya. There were about millions of mature locusts that appeared in the sky and the place even looked dark because of the flying creatures.

The massive group of insects were so clouded that it was seen taking over almost the town's skies and everything turned black, even though the sky was still shining before the locust attack happened.

In the video footage, trucks were passing by the roads as well and it had swept across the motorway, which was heading to a neighbouring country Ethiopia, which is in the northern part of Africa.

The reported for Washington Post in Africa, Max Bearak, was able to record the whole prophecied scene on Friday morning. The scene was so dark that it looked like a story that was written in the Bible, which was also about a plague of locusts attacking a town.

Many viewers who were able to watch the footage report of Bearak got scared and some even freaked out, especially the residents of the town. The swamp of locusts grew even bigger and bigger as time fled by, making the sky impossible to view because it has been clouded by the flying insects.

The locusts were flying past houses and vehicles that are on the road in fast speed, and according to some people, the locusts are migrating from the North, and that it is their season of migration.

How it will affect the country

However, according to the UN Food and Agriculture Organization, the attack of the locusts became very alarming and a lot of residents are worried about it. The current situation in East Africa is still at red alert as more swarms of locusts are still flying in town and every day they get more mature, especially in the northern and central parts of Kenya.

Because of the locusts, there is a huge threat to food security and livelihoods are at stake because it causes a conflict with the beginning of long rainy days and planting seasons. People are afraid that the locusts will only destroy their plants, and it will not further grow and be ready for harvesting season. 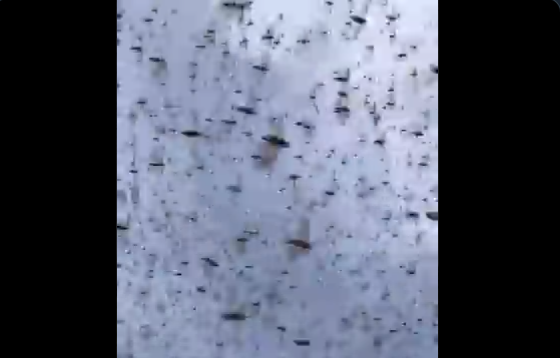 According to Dr Keith Cressman who is the senior locust forecasting officer, he explained that it could be difficult to forecast when the locust plague will end in Africa. He said that the plague will probably last until June in East Africa, and will even go longer depending on the weather and if it will rain or not.

Africa and other locust-affected countries will also be having a hard time imposing coronavirus safety measures with the ongoing locust plague, and it could affect both stopping the coronavirus spread and stopping the locusts to swarm even more.