Glowing Dolphins Spotted in California Beach
Share Tweet Email 0 Comments
NEXT> When and How the Black Plague Started
Sunday, January 16, 2022
STAY CONNECTED WITH US

A fascinating group of glowing dolphins was found swimming and gliding through California waters and it is conquering everyone on the internet. 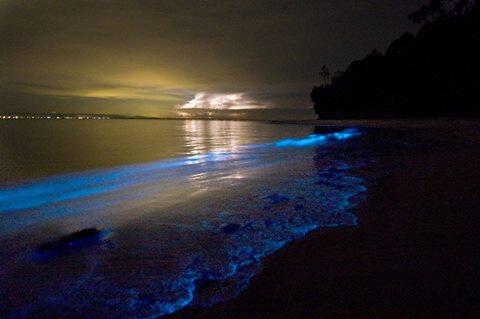 On a video footage that escalated and went viral online was captured where a group of glowing dolphins were spotted gliding and lighting up the waters of Newport Beach, California, USA.

According to the person behind the video, Patrick Coyne, he was fascinated with the glow of the dolphins in the water that he did not resist to not take a video of it. The footage showed a group of dolphins in the bioluminescent waves of Newport Beach.

The video was also uploaded by Newport Coastal Adventure on their official Facebook page. According to the company, the captain of the boat took Coyne out to look for dolphins on the beach Wednesday and that's when they encountered the amazing view with the glowing dolphins just minutes after the sunset.

What caused the blue glow?

According to many experts, the neon blue appearance of the dolphins underwater was caused by algae that are present in the seawater at that time. National Geographic further added that the algae are called bioluminescent phytoplankton, and it is believed to give the surf an electric blue glow.

The bioluminescent phytoplanktons have the ability to provide an electric blue glow once they are on the water. Many scientists and experts say that bioluminescence is also used as a form of self-defense for planktons and other sea algae.

To other experts, they call these bioluminescent phytoplanktons as "glow-in-the-dark" planktons. If you have ever come across some videos on the internet that shows glowing jellyfishes and anglerfishes in the sea, these animals do not just normally glow because of their reflection from natural light. They are caused by the tiniest creatures in the world, which are the bioluminescent planktons.

Planktons that glow in the dark are called "bioluminescent", and it came from the words "bio" which means "life" and "lumin" meaning "light." These lighting planktons usually give out a blue glow, however, there are also some bioluminescent planktons that show off green, red, or orange glows.

Do they glow all the time?

Bioluminescent planktons do not glow all the time. They need to have enough energy to convert the chemicals in their system for them to glow. Since it would be a waste of glow energy during the day, they reserve their energy for the night. 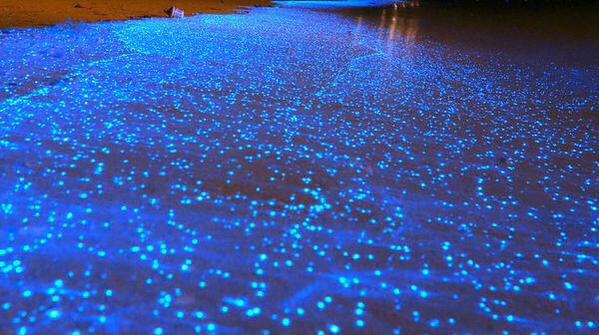 The report in Newport Beach with the said glowing dolphins happened after sunset, where the sky is already dark. The planktons were able to release some of their energy and glowed in the water, making the dolphins very visible during the night. 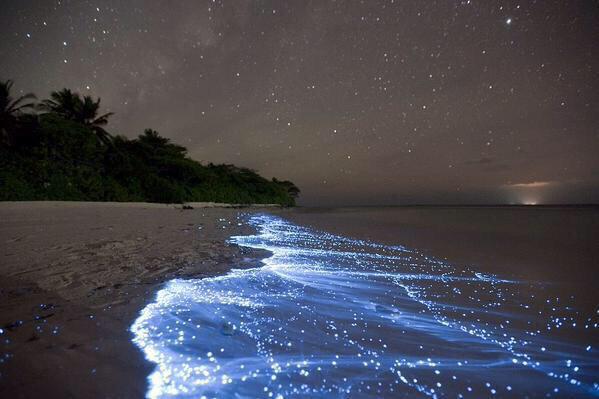 There are two types of bioluminescent planktons. The first one is Noctiluca, or commonly known as sea sparkle. They are prominent in Puerto Rico and are abundant at night. The other type of bioluminescent plankton is the glowing zooplankton. The difference with zooplanktons is that they don't actually glow, but they release chemicals in the water that makes the water glow.