Mystery of The Carancas Meteorite
Share Tweet Email 0 Comments
NEXT> Looking for a Pick Me Up? Check out These Fun Ideas!
Sunday, May 31, 2020
STAY CONNECTED WITH US

Mystery of The Carancas Meteorite

When a meteorite hit the remote Peruvian village in 20117, many people have reported odd symptoms that until this day remain unexplainable.

Hundreds of people were shocked when the Carancas meteorite hit the high alps of Peru in 2007. Not only that, but even space experts were also left confused as to where to start the investigation.

Up until this day, it is still a mystery as to how the meteorite reached the Earth without burning up. However, what's odder is after the meteorite crash, there was a mass illness that spread in the nearby village. After a decade later, there is still no valid evidence about the mysterious happenings.

The small village of Carancas is located in the remote highlands of Peru. On September 15, 2007, the village welcomed an unexpected visitor that left the village and its residents haunted for life.

The shallow pit was quickly filled in with groundwater hours after.

According to the experts who inspected the meteor pit, the space rock turned out to be a real meteorite. Specifically, it was a chondrite. The space rock was only as small as a dining table and is believed to weigh 12 tonnes.

The experts also found out that the meteorite was made of minerals such as olivine, pyroxene, and feldspar.

The meteorite landed at 11:54 a.m., but before it hit land, many people witnessed that they saw the space rock fire across the sky. According to some residents in Desaguadero, a city located 12 miles in the northern part of Carancas, the space rock's light was so bright, it was even brighter than the midday's sun.

The meteorite's travel to Earth

According to the experts who investigated the scene, the meteorite was traveling in an estimated 10,000 miles per hour speed when it hit Earth. When the meteorite crashed, it sent vibrations in the ground.

According to the infrasound monitors that were stationed in the area, the vibrations were felt all the way to the neighboring city Bolivia. 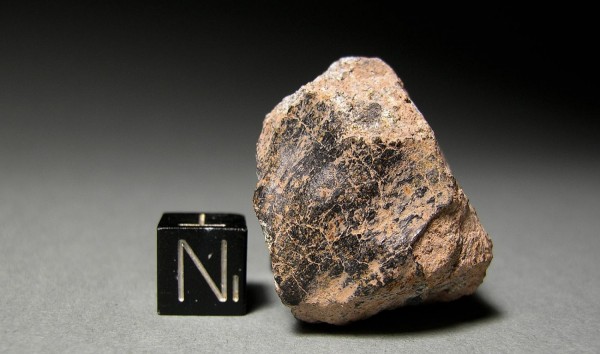 Many theories speculated about the mysterious chrondite. There was one claim that stated a chondrite-made crater was made, however, it is impossible for one to make such. Other experts dismissed the claim that the space rock was a chondrite even before the official analysis was released by scientists.

According to books, most meteors break into small pieces or fragments and crack out before they reach the Earth's surface however, the meteorite that crashed in Carancas looked intact and whole.