Another UFO sighting is reported in Texas and this had been the fourth report they had this year. While it could happen to any other place in the whole world-- having multiple UFO sightings in a row-- the sightings in Texas were a bit odd, because the UFO that appeared were not new. 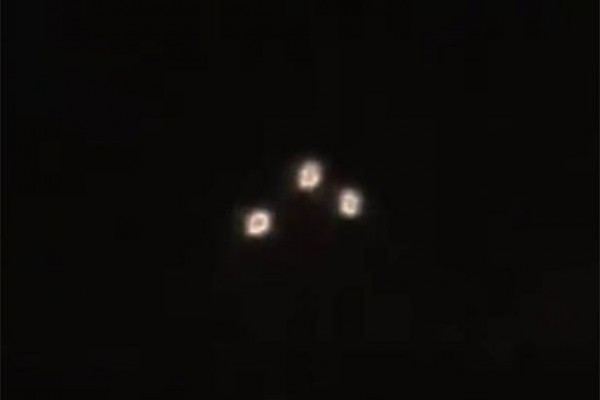 In the latest UFO sighting in the United States, a group of bright lights was seen hovering in a triangular formation in Texas' skies. There have been many UFO sightings reported in different states in the U.S. in the past few months, and UFO enthusiasts and alien hunters said the sightings are repeating and reappearing the same way it was seen the first time.

In the past months, Texas has already three recorded UFO sightings. Although the sightings were witnessed by different people at a different time, many of the clips showed a similar UFO activity.

The UFO sighting showed objects hovering in Texas' skies and the lights looked like they were forming in a triangle shape.

The new clip was taken from the town of Tomball and among the three other recorded UFO sighting in Texas, the recent UFO clip was the clearest of all.

In the clip, it showed three tiny lights that looked like rings. The objects were slowly moving into a triangular formation.

Minutes into the clip, they start to disappear from the sky. However, just seconds after, the UFO lights start to appear in the view.

The video was posted on YouTube on April 22 by the user named willease.

The woman was with another man and he mentioned in the clip that the UFO sighting is recorded in the town of Tomball, Texas.

The two witnesses also mentioned that there are 15 people with them who are recording the UFO sighting with them during that time.

According to the viewers

According to other viewers, they believe it might have been a Chinese lantern that was set afloat in the sky.

Up to this day, it is still unclear what the lights were, but just like to the other so-called UFO sightings, many think it could have been one of those light kites, drones, or lanterns.

The UFO sighting in Texas followed after the Pentagon released three UFO sighting videos last week. The UFO clips were taken by the US Navy pilots who work under the Unidentified Aerial Phenomena.

As for now, the videos that the Pentagon released is still considered as "unidentified" and government officials have not released any statement regarding the video footage.