A lady was just walking through her neighborhood with her dog when she encountered a weird-looking bug that seemed to be "holding onto life." 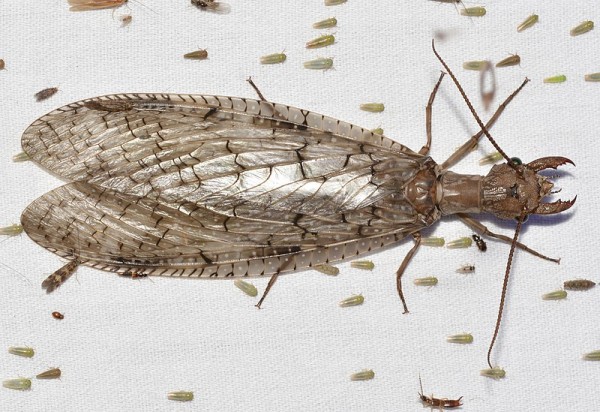 Nicole Doctor decided to take her dog out for a walk one fine afternoon when she saw a blue-green insect that she had not before seen.

Nicole did not recognize the insect, however, it looked like a giant dragonfly with enormous wings and body. The insect looked like it was battling for life, as it was squirming at the side of the road.

According to her, the creature took her attention because it was gigantic and she got curious as to what it was. The insect was moving violently so she hurriedly went to it.

When she got a closer look at the insect, ants were trying to crawl onto its back. It looked like the huge dragonfly was being attacked by the little insects, trying to eat it.

In awe of what she was seeing, she took out her phone and recorded the whole scenario. The photos were posted online and it showed an extravagant-looking insect. The flying insect was helpless and it was dragging itself along the ground. 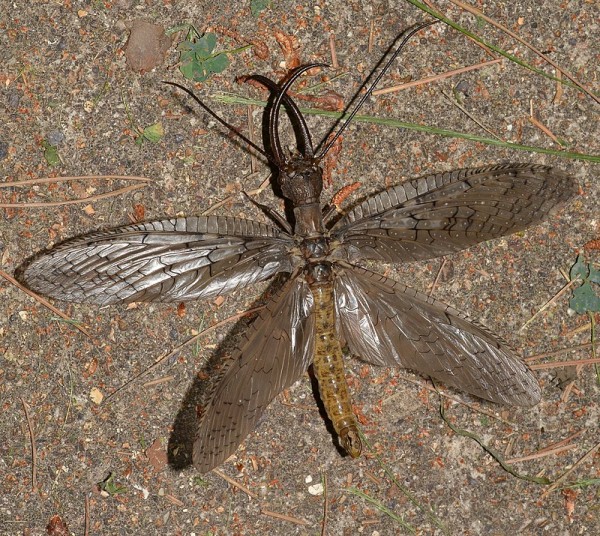 The insect's wings were lopsided and it hanged on the side uselessly. The poor creature looked like it was struggling to or fly, but the ants are attacking it viciously. According to Nicole. The giant dragonfly's eyes popped on the sides of its head. It almost looked like a hammerhead shark's head.

According to Nicole, because of the insect's wings are wet, it dragged along the road. It was almost like it was clinging on itself. The wings were also huge, and Nicole almost thought that the creature is a mutant dragonfly.

The insect had four antennae that grew from its head, however, two of it looked like deadly pincers. The tail is also different from normal dragonflies because it showed a fishtail figure. The legs are similar to the legs of cockroaches.

According to Nicole, if she were to ask what the insect was, she said it looked like a mutation of a cockroach and a dragonfly that is as big as a millipede. She also added that the insect looked "creepy yet cool."

The images were uploaded online and it attracted many viewers in an instant. Many people got curious about what the insect is and it garnered thousands of opinions in the comment section. 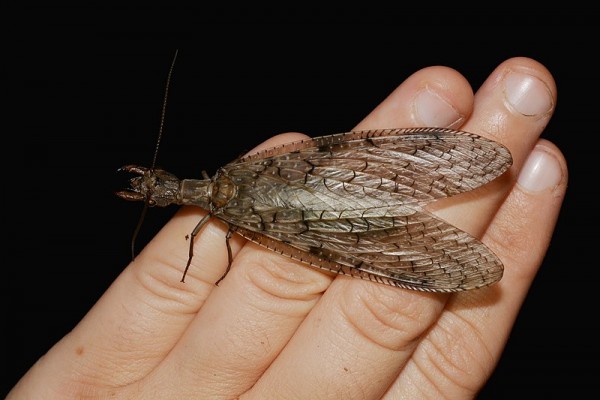 People who commented on the post said that Nicole might have encountered an insect that is called "dobsonfly," which is a species of insects that has a large wingspan. A dobsonfly has a wingspan of about seven inches across.

An expert from the University of Florida Identification Lab, Lyle Buss, came across Nicole's photos online and commented that the insect is not in good shape and is struggling for life.

Buss also confirmed that the insect was an eastern dobsonfly through its features. Male dobsonflies have long, ferocious mandibles. He also said that eastern dobsonflies are usually as huge as large moths and butterflies and they like to stay in vertical places. It could be that the dobsonfly that Nicole saw was growing its wings or it was almost dying because of the ants attacking it. according to  Nicole, when she came back the next day to check on the insect, it was already gone.