50 facts about Queen Latifah: was inducted into the Hollywood Walk of Fame in 2006
Share Tweet Email 0 Comments
NEXT> 50 facts about Maggie Gyllenhaal: her career as a child actress in films directed by her father
Tuesday, February 25, 2020
STAY CONNECTED WITH US

50 facts about Queen Latifah: was inducted into the Hollywood Walk of Fame in 2006 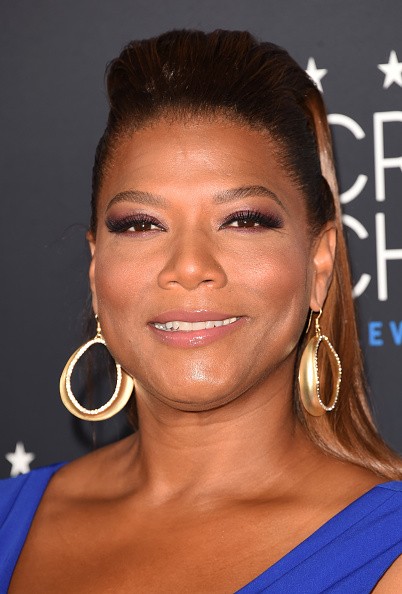 1. Queen Latifah is musician; television and film actress; a label president; an author and entrepreneur.

2. Latifah has had amazing success in Hollywood in recent years, and became the first hip hop artist to be crowned with a star on the Hollywood Walk of Fame on January 4, 2006.

3. She received rave reviews, an Oscar nomination for Best Supporting Actress, a Golden Globe nomination and a SAG Award nomination for her portrayal as Mama Morton in Miramax's Chicago.

4. Following Chicago, Latifah starred in Disney's box office hit Bringing Down the House , on which she also acted as executive producer.

5. Her latest film, Life Support, in which she was both the star and executive producer, is a true-life drama, in which she plays a mother who overcomes an addiction to crack and becomes a positive role model and an AIDS activist in the black community.

6. Latifah was seen in Wayne Wang's The Last Holiday, and starred in MGM's Beauty Shop (a spin-off of the hit Barbershop), which she also produced.

7. She also appeared in Marc Forster's Stranger Than Fiction, playing opposite Emma Thompson and Dustin Hoffman.

8. She was the voice of the Wooly Mammoth in Ice Age

9. Queen Latifah is also one of music's most well respected rappers.

10. From her ground breaking 1989 debut All Hail the Queen, which set the visual and contextual standard for female rappers, to her bold foray into R&B, Latifah continues to define what a woman in the music industry should be.

11. She has earned four Grammy nominations as well as a Grammy Award for Best Solo Rap Performance in 1994.

12. Latifah toured the U.S. as part of The Sugar Water Festival with fellow soul sisters, Erykah Badu and Jill Scott.

13. And then there's Flavor Unit Entertainment, a production company owned and operated by Queen Latifah and her partner, Shakim Compere.

14. They have also produced The Cookout with Lion's Gate.

15. Latifah is also not a stranger to the small screen. Her first television series, Living Single, was a huge success and is currently in syndication.

16. She starred in Set it Off, which earned her a nomination for a Spirit Award in the Best Actress category and co-starred with Holly Hunter and Danny DeVito in the critically acclaimed Living Out Loud.

17. In 1999, she was seen in Universal's The Bone Collector directed by Philip Noyce starring Denzel Washington.

18. In addition to music, film and television, Queen Latifah has also written a book on self-esteem entitled Ladies First: Revelations of a Strong Woman.

19. Her sincere concern for others is revealed by the generous amount of time and money that she donates to worthwhile charitable organizations. Every year, Queen Latifah serves as co-chairman for the Lancelot H. Owens Scholarship Foundation, Inc. Established by her mother, Rita Owens, to perpetuate the memory of a loving son and brother, the foundations provides scholarships to students who excel scholastically, but are limited in financial resources.

20. She was born as Dana Elaine Owens

22. Latifah starred in the lead role of Set It Off (1996) as Cleopatra "Cleo" Sims, alongside with Jada Pinkett-Smith.

27. Queen Latifah has received a star on the Hollywood Walk of Fame in 2006.

30. She is the daughter of Rita (née Bray), a teacher at Irvington High School (Latifah's alma mater) and Lancelot Owens, Sr, a police officer.

31. Her parents divorced when Latifah was ten.

32. Latifah was raised in the Baptist faith and attended Catholic school in Newark, New Jersey.

33. Her stage name, Latifah meaning "delicate" and "very kind" in Arabic, she found in an Arabic book of names when she was eight.

35. She performed the number "Home" from the musical The Wiz in a high school play.

36. She started beat boxing for the hip-hop group Ladies Fresh and was one of the members of the original version of the Flavor Unit, which, at that time, was a crew of MCs grouped around producer DJ King Gemini, who made a demo recording of Queen Latifah's rap Princess of the Posse. He gave the recording to Fab 5 Freddy, the host of Yo! MTV Raps. The song got the attention of Tommy Boy Music employee Dante Ross, who signed Latifah and in 1988 issued her first single, "Wrath of My Madness".

37. Latifah's music usually contains hip-hop, jazz and gospel and has the elements of R&B, soul, and dance.

38. She possesses a two-octave vocal range. Queen Latifah is a contralto, she has the ability to rap and sing.

40. She also cites Bessie Smith as one of her influences.

41. Latifah's older brother, Lancelot Jr., was killed in 1992 in an accident involving a motorcycle that Latifah had recently bought him. Latifah still wears the key to the motorcycle around her neck, visible throughout her performance in her sitcom Living Single. She also dedicated Black Reign to him.

42. In her 1999 autobiography, Ladies First: Revelations of a Strong Woman, Latifah discussed how her brother's death had led to a bout of depression and drug abuse, from which she later recovered.

43. In 1995, Latifah was the victim of a carjacking, which also resulted in the shooting of her boyfriend, Sean Moon.

44. In early 2003, Latifah had breast reduction surgery which downsized her F size breasts to a DD cup size, as a way to reduce back and shoulder pain.

45. She also works out with a trainer and kickboxes.

46. Latifah was asked by Maya Angelou, who was unable to attend, to recite a poem written by Angelou at the memorial service for Michael Jackson in July 2009.

47. In her music career, she sold nearly 2 million records worldwide.

48. Queen Latifah has been dubbed as the "Queen of Jazz-Rap".

49. She became the first female hip-hop recording artist to get nominated for an Oscar.