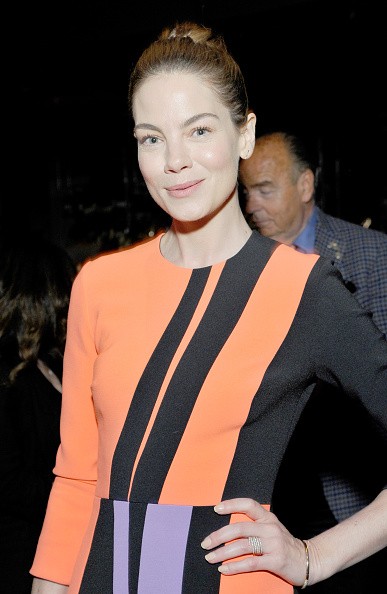 Michelle Monaghan and 50 fun facts from her life.

4. Had a mole on the back of her calf, which she had examined then removed.

5. It was diagnosed as skin cancer

8. He thinks hydration is very important for the body and she does hydrate a lot.

9. She drinks a lot of water to keep herself hydrated. She thinks the more water she drinks, the better her skin looks.

10. Returned to work seven months after giving birth to her daughter Willow for the movie Somewhere.

11. She goes for natural cosmetic products.

12. To keep her skin smooth she gets a facial every six weeks.

13. Holds a "Class A" driver's license permitting her drive an 18-wheeler truck.

14. Is the youngest of three children, with two brothers, Bob and John.

15. Her parents brought up twelve foster children over a period of twelve years.

17. For her lips she likes to use organic and paraben free balm.

18. Monoghan experimented with numeral hair colors over the past years.

19. Graduated from East Buchanan High School in 1994 where she was class president.

21. With one semester remaining to complete her journalism degree in 1999, she left for New York to pursue an acting career.

24. Her favorite hair color is red.

25. Washes her hair two or three times a week.

26. She likes bright poppy color on her lips.

27. When it comes to her nails she likes gels.

29. Her husband is a graphic artist.

30. Welcomed their daughter Willow in November 2008.

32. Loves children and always wanted to be a mother and have kids.

34. Her favorite movies are Fargo, The Documentary, and A Woman Under the Influence.

35. Quit smoking after diagnosis with the skin cancer.

37. Starred with Patrick Dempsey in the romantic comedy Made of Honor.

40. Played Maggie Hart in the first season of the HBO series True Detective.

41. Loved to do school plays it also kept her busy.

42. Says that she really doesn't look like she does in any of her films.

44. Was in the movie Due Date with Robert Downey, Jr.

46. With Charlize Theron, she played a co-worker of the Oscar winner's character who experienced sexual harassment at a local mining company in Northern Minnesota.

47. Her mother Sharon Monaghan ran a day care center in the family's home for 40 years.

48. Her husband was her longtime sweetheart

50. Is of mostly Irish and German descent.