50 facts about Milla Jovovich: speaks fluent Russian, Serbian, and French
Share Tweet Email 0 Comments
NEXT> 50 Interesting Facts About Gemma Arterton – Her Journey from a Sales Girl to a Bond Girl
Monday, August 10, 2020
STAY CONNECTED WITH US 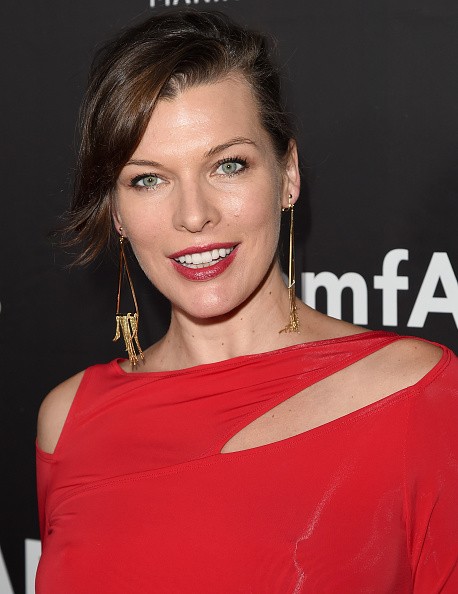 1. Jovovich is a Ukrainian actress, model and singer.

4. Started modeling at a young age.

7. Her early roles include Return to the Blue Lagoon (1991) and Dazed and Confused.

8. Her breakthrough performance was in 1997's Luc Besson's The Fifth Element.

9. Has earned a reputation for playing feisty, futuristic action heroines.

10. She is also a singer-songwriter, and has released numerous recordings.

11. Her parents, Bogdanovitch Jovovich was a Serbian doctor.

12. Her mother Galina Loginova Jovovich was a Russian actress.

13. Her parents moved their family to Sacramento, California when Jovovich was 5 years old.

14. One of her earliest appearances was in a Revlon advertisement, shot by well known photographer Richard Avedon.

15. Posed for her first magazine cover, for the Italian fashion magazine Lei, at the age of 11.

19. She released her debut album, The Divine Comedy, when she was 18.

20. She continues to release recordings online.

21. Teamed up with Carmen Hawk to design the women's fashion line Jovovich-Hawk.

22. Is active member of several philanthropic groups, including The Foundation for AIDS Research and the Ovarian Cancer Research Fund.

23. Jovovich has been married three times.

24. First she has been married to Shawn Andrews however their marriage has ended in annulment just a few months later.

29. She has a step brother Marco Jovovich.

30. Cooking and traveling are among her favorite hobbies.

32. Her favorite color is pink.

33. The Shining is her favorite movie.

34. When she can, she munches on cakes, peanut butter bagels and jelly.

35. Her music video of "The Gentleman Who Fell" was inspired by Maya Deren's short film, "Meshes of the Afternoon."

36. Played a song which turned out to be an excerpt from "The Alien Song" of her 1994 album in "Dazed and Confused."

38. Jovovich was named after her great-grandmother.

40. Even though she is left-handed she shoots and plays guitar with her right hand.

41. Participated in a benefit project for the Wildlife Waystation, Hollywood Goes Wild, through her song "On the Hill" with Plastic Has Memory.

44. Posed for Jane magazine's "Body" as an attempt to promote Clothes Off Our Back, a non-profit charity which sells celebrities' gently worn clothing to benefit children's charities.

45. Became a new face for baking company Greggs after she said she likes their pasties and pies.

46. According to Forbes magazine's list of Top 100 Celebrity in 2003 Jovovich was mentioned as one of the most powerful celebrity.

47. Most of her stunts in "Resident Evil" were done by her.

48. Her great-grandfather, Bogic Camic Jovovic, was the officer of the guard of the King Nicholas I of Montenegro and the flag-bearer of the Vasojevici tribe while her grandfather used to be a commander in the Pristina military area.