50 facts about John Legend, writer and singe of the hit "All of Me"
Share Tweet Email 0 Comments
NEXT> 50 facts about Elle Macpherson, “The Body”
Tuesday, October 27, 2020
STAY CONNECTED WITH US

50 facts about John Legend, writer and singe of the hit "All of Me" 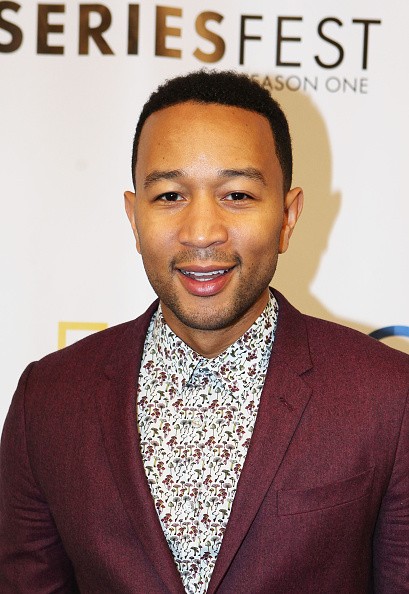 (Photo : Credit: Jason Bahr) Caption:MORRISON, CO - JUNE 18: John Legend arrives prior to his performance at the opening night of SeriesFest at Red Rocks Amphitheatre on June 18, 2015 in Morrison, Colorado. (Photo by Jason Bahr/Getty Images for SeriesFest)

3. In 2007, Legend received the special Starlight Award from the Songwriters Hall of Fame.

4. Prior to the release of Legend's debut album, his career gained momentum through a series of successful collaborations with multiple established artists.

5. John Legend added his voice to those of other artists, assisting in them becoming chart-topper hits. He lent his voice to Magnetic Man's "Getting Nowhere," Kanye West's "All of the Lights", on Slum Village's "Selfish" and Dilated Peoples' "This Way".

6. John Legend played piano on Lauryn Hill's "Everything Is Everything".

7. John Legend has gained chart topping hits from his solo work as well, including the Billboard Hot 100 number-one single, "All of Me".

8. John Legend won the Academy Award for Best Original Song in 2015 for writing the song "Glory" from the film Selma.

10. Throughout his childhood, Legend was homeschooled on and off by his mother.

11. At the age of four, he performed with his church choir.

13. At the age of twelve, Legend attended North High School, from which he graduated four years later.

14. Upon his salutatorian graduation, Legend was offered admission to Harvard University and scholarships to Georgetown University and Morehouse College.

15. John Legend attended the University of Pennsylvania, where he studied English with an emphasis on African-American literature.

16. While in college, Legend served as president and musical director of a co-ed jazz and pop a cappella group called Counterparts. His lead vocals on the group's recording of Joan Osborne's "One of Us" received critical acclaim landing the song on the track list of the 1998 Best of Collegiate a Cappella compilation CD.

17. John Legend was also a member of the prestigious senior societies Sphinx Senior Society and Onyx Senior Honor Society while an undergraduate at Penn.

18. While in college, Legend was introduced to Lauryn Hill by a friend. Hill hired him to play piano on "Everything Is Everything", a song from her album The Miseducation of Lauryn Hill.

19. He finished college in 1999, and thereafter began producing, writing, and recording his own music. He released two albums independently; his self-titled demo (2000) and Live at Jimmy's Uptown (2001), which he sold at his shows.

20. After graduating from the University of Pennsylvania, Legend began working as a management consultant for the Boston Consulting Group.

21. In 2001, Devo Springsteen introduced Legend to then up-and-coming hip-hop artist Kanye West; Legend was hired to sing during the hooks of West's music. After signing to West's label, he chose his stage name from an idea that was given to him by poet J. Ivy, due to what he perceived "old-school sound". J. Ivy stated, "I heard your music and it reminds me of that music from the old school. You sound like one of the legends. As a matter of fact, that's what I'm going to call you from now on! I'm going to call you John Legend."

22. After J. Ivy continued to call him by the new moniker "John Legend," others quickly caught on, including Kanye West, and the name stuck. Despite Legend's reluctance to change his stage name, he eventually announced his new artist name as John Legend.

23. Legend released his debut album, Get Lifted, on GOOD Music in December 2004. It featured production by Kanye West, Dave Tozer, and will.i.am, and debuted at number 7 on the US Billboard 200, selling 116,000 copies in its first week. It went on to sell 540,300 copies in the United States and was certified gold by the RIAA.

24. An international success, Get Lifted also reached number one of the Norwegian Albums Chart and peaked within the top ten in the Netherlands and Sweden, resulting into worldwide sales of 850,000 copies. Critically acclaimed, it won the 2006 Grammy Award for Best R&B Album, and earned Legend another two nominal awards for Best New Artist and Best Male R&B Vocal Performance.

26. In August 2006, Legend appeared in an episode of Sesame Street. He performed a song entitled "It Feels Good When You Sing a Song", a duet with Hoots the Owl.

27. John Legend also performed during the pregame show of Super Bowl XL in Detroit and the halftime show at the 2006 NBA All-Star Game.

29. The same year, Legend had a supporting, singing-only role in the 2008 movie Soul Men, where he plays the deceased lead singer of a fictitious soul group that includes Samuel L. Jackson and Bernie Mac.

30. John Legend released his third studio album, Evolver. Speaking about the reasons for calling the album Evolver, he stated: "I think people sometimes come to expect certain things from certain artists. They expect you to kind of stay in the same place you were at when you started out. Whereas I feel I want my career to be defined by the fact that I'm NOT gonna stay in the same place, and that I'm always gonna try new things and experiment. So, as I think this album represents a manifestation of that, I came up with the title 'Evolver'."

31. John Legend performed in The People Speak, a documentary feature film that uses dramatic and musical performances of the letters, diaries, and speeches of everyday Americans, based on historian Howard Zinn's A People's History of the United States.

33. On July 5, 2011, songwriter Anthony Stokes filed a copyright infringement lawsuit against John Legend in United States District Court, in the District of New Jersey, alleging that Legend's song "Maxine's Interlude" from his 2006 album Once Again derives from Stokes' demo "Where Are You Now". Stokes claimed he gave Legend a demo of the song in 2004 following a concert at the University of North Carolina at Chapel Hill. Legend denied the allegations, telling E! Online, "I never heard of his song until he sued me. I would never steal anyone's song. We will fight it in court and we will prevail." However, nearly 60,000 people took a TMZ.com poll that compared the two songs and 65% of voters believed that Legend's "Maxine's Interlude" is a rip-off of Stokes' "Where Are You Now". A year later, Legend confirmed that he settled the lawsuit with Stokes.

35. John Legend was granted an Honorary Doctorate Degree from Howard University at the 144th Commencement Exercises.

36. John Legend was a judge on the ABC music show Duets along with Kelly Clarkson, Jennifer Nettles and Robin Thicke. Legend's spot was originally for Lionel Richie but he had to leave the show due to a scheduling conflict.

37. He released his fourth studio album, Love in the Future, on September 3, 2013, debuting number 4 on the Billboard 200, selling 68,000 copies in its first week. The album was nominated for Best R&B album at the 2014 Grammy Awards. Legend's third single from the album, "All of Me", became an international chart success, peaking the Billboard Hot 100 for three consecutive weeks and reaching the top of six national charts and the top ten in numerous other countries, becoming one of the best-selling digital singles of all time. It was ranked the third best-selling song in the United States and the United Kingdom during 2014.

38. The song "All of Me" is a ballad dedicated to his wife and was performed at the 56th Annual Grammy Awards.

39. In 2014, Legend paired with the rapper Common to write the song "Glory", featured in the film Selma, which chronicled the 1965 Selma to Montgomery marches. The song won the Golden Globe Award for Best Original Song as well as the Academy Award for Best Original Song. Legend and Common performed "Glory" at the 87th Academy Awards on February 22, 2015.

41. On February 1, 2015, he sang "America the Beautiful" in the opening ceremony of Super Bowl XLIX. He also co-wrote and provided vocals for French DJ David Guetta's song "Listen", as part of the album of the same name.

42. In May 2007, Legend partnered with Tide laundry detergent to raise awareness about the need of families in St. Bernard Parish, (Chalmette, LA) one of the most devastated areas hit by Hurricane Katrina; he spent a day folding laundry at the Tide "clean start" mobile laundromat and visited homes which Tide is helping to rebuild in that community.

44. After reading Professor Jeffrey Sachs' book The End of Poverty, Legend started his Show Me Campaign in 2007; with this campaign, Legend called on his fans to help him in his initiative for those who reside in Bosaso Village, Somalia and non-profit organizations that the campaign partners with.

45. In 2007, Legend was the spokesman for GQ Magazine's "Gentlemen's Fund", an initiative to raise support and awareness for five cornerstones essential to men: opportunity, health, education, environment, and justice.

46. In October 2007, Legend became involved with a project sponsored by The Gap, a retail clothing store chain in the United States.

47. In early 2008, he began touring with Alexus Ruffin and Professor Jeff Sachs of Columbia University's Earth Institute to promote sustainable development as an achievable goal. Legend joined Sachs as a keynote speaker and performer at the inaugural Millennium Campus Conference.

48. In 2009, Legend gave AIDS Service Center NYC permission to remix his song "If You're Out There" to create a music video promoting HIV/AIDS awareness and testing.