Dad Saves His Dog's 'Baby,' What He Did Will Make You Laugh
Share Tweet Email 0 Comments
NEXT> Noah's Ark Graveyard Discovered: How Did the Great Flood Happen?
Tuesday, October 19, 2021
STAY CONNECTED WITH US

Dad Saves His Dog's 'Baby,' What He Did Will Make You Laugh 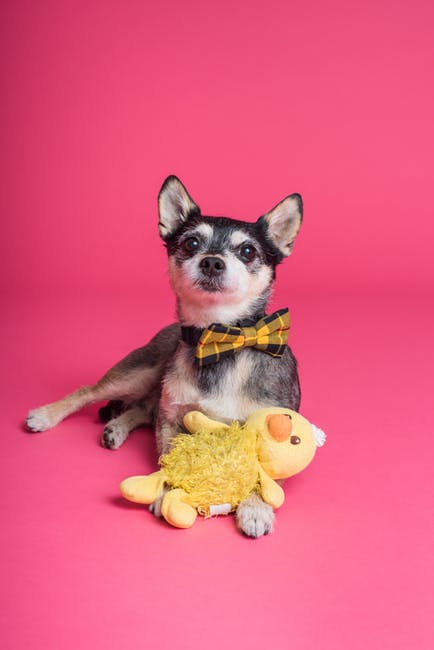 If there might be an award for being the "Best Dad" in the world, this man definitely wins the award.

It was on Twitter when Michaella posted the cutest rescue operation video that the internet could see these days.

Michaella shared that she has a group chat together with her whole family. One day, her dad reported an emergency in the group chat which frightened the other members. However, when her dad started to film the current situation he was in, they all laughed and "awwe'd" to the video.

Just like humans, a lot of dogs have their favourite toys, and to Lucky, it was that stuffed animal. According to the family, it was his comfort toy. Michaella's dad had the initiative to think about how Lucky would feel with the heavy rain going around and his favourite stuffed animal was outside.

On the family group chat, Michaella's dad was sending photos and videos of him trying to "retrieve" Lucky's favourite stuffed animal. He even tried to check its pulse and do CPR just to keep the toy alive for Lucky. After such a long operation, the stuffed animal was saved and survived full recovery after. Michaella's mom also offered help by stitching back the stuffed animal's arm back to the body, making it look like brand new.

After her dad's full report on the incident of Lucky's stuffed toy animal, Michaella immediately posted the cute video of the situation her dad was in. However, she did not realize that her tweet would blow up to 586,000 likes and a lot of people retweeting her post, thanking her dad with his kind heart and good intentions towards their dog. It was one video that could make someone's day and everyone thanked Michaella for sharing the story to the world.

Just like little kids, dogs also like having toys to play around with. Most dogs have their own favorite toy that they sleep with or something that they constantly play and bring around. According to veterinarian Erika Loftin, dogs do not have a specific size when it comes to choosing their favorite toys. It may be small, just their size, or bigger than them. When the dog starts to feel comfortable with it, they tend to want it as often as they can.

Mostly, female dogs are more likely to have a toy to have around because they tend to get all motherly and carry it around as if it's their own pup.

Moreover, it is also believed that a special toy symbolizes a special memory yo a dog. Dogs have a good memory and when they see a certain good memory and associate it to a toy, they will most likely get attached to it. Just like humans, when you give a dog a toy, it will make them feel special and this memory will be locked in their minds and hearts forever, as long as they live.