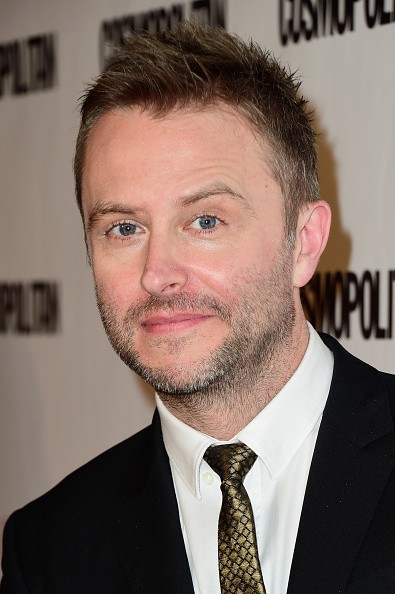 1. Hardwick was a DJ on Los Angeles radio station KROQ-FM during the mid-1990s.

4. He also made a small appearance in Terminator 3: Rise of the Machines.

6. He made guest appearances on such shows as CSI: Crime Scene Investigation, Married... with Children, Boy Meets World and Zoey 101.

8. He appeared as a television host on hip hop group Little Brother's 2005 album, The Minstrel Show.

9. Hardwick is a contributing writer for Wired magazine, writes for Web Soup and Back at the Barnyard, and he made regular appearances on The Late Late Show with Craig Ferguson and Chelsea Lately.

10. As part of what Hardwick calls his "nerd media empire", he runs Nerdist Theater, an entertainment space at Meltdown Comics in Los Angeles.

11. He entered into an equity partnership with GeekChicDaily in June 2011 to form Nerdist Industries.

12. Hardwick published a self-help book, The Nerdist Way: How to Reach the Next Level (In Real Life), with Penguin Publishing, in late 2011.

14. On July 10, 2012, Nerdist Industries was acquired by Legendary Entertainment. Hardwick was given the title of co-president of Legendary's digital business.

17. He hosts @midnight with Chris Hardwick, a nightly comedy-game show series on Comedy Central, and voices Craig in the Nickelodeon series Sanjay and Craig.

18. In 2011, he began hosting Ministry of Laughs, a BBC America Britcom block, and Talking Dead, a live hour talk show on AMC following episodes of The Walking Dead.

19. In 2013, Hardwick hosted Talking Bad, a live half-hour talk show on AMC about and following the show Breaking Bad.

20. He is also known for performing with Mike Phirman in Hard 'n Phirm, hosting Singled Out, Wired Science, Web Soup, and Nerdist Podcast, and as the voice of Otis in Back at the Barnyard, replacing Kevin James.

21. His father was a professional bowler Billy Hardwick.

22. His mother Sharon Hills is a real estate agent in Pasadena, California.

23. His maternal grandfather was Italian-American, and opened a bowling alley where his parents first met.

24. Hardwick was raised in the Roman Catholic faith of his mother.

25. Hardwick grew up in Memphis, Tennessee, attending St. Benedict at Auburndale K-12 School, then attended Regis Jesuit High School in Colorado, and then Loyola High School for his senior year.

26. Hardwick studied philosophy at UCLA, where he was a member of the Chi Phi Fraternity during his freshman year.

27. Hardwick was roommates with Wil Wheaton for some time.

28. Hardwick voiced Alexander Hamilton in The Radio Adventures of Dr. Floyd and Otis in the Barnyard series.

29. He provided the voice for Green Arrow/Oliver Queen on The Batman, Glowface in The X's, and Sokka in The Legend of Korra, as well as voice work for The Minstrel Show from the rap group Little Brother, and narration for the introduction video for the Flash animation game George Plimpton's Video Falconry.

31. He also voices the character Vaughn in Telltale Games's Tales from the Borderlands.

33. Hardwick was first known as the host of MTV's Singled Out.

34. While working on Singled Out, he met fellow MTV personality Jacinda Barrett, to whom he was engaged but never married.

36. As of October 2007, he has been hosting Wired Science on PBS, writing for Wired.

37. On June 7, 2009, he became the host of G4's Web Soup, a spinoff of E!'s The Soup. Hardwick had previously guest hosted The Soup's predecessor, Talk Soup.

38. Since February 2010, Hardwick has been producing the "Nerdist" podcast, which he hosts with Jonah Ray and Matt Mira. The podcast was named one of 2010's best by The A.V. Club and one of the 10 best comedy podcasts by Rolling Stone.

40. On December 24, 2011, BBC America aired The Nerdist: The Year in Review, a comedy special hosted by Hardwick in Los Angeles.

44. Hardwick was previously engaged to model/actress Jacinda Barrett and was in relationships with actress Janet Varney from 2004 to 2011,

46. He became engaged to model, blogger, heiress and actress Lydia Hearst on September 12, 2015.

47. Hardwick talks openly about being a recovering alcoholic and has been sober since October 8, 2003.

48. In 2007, both his solo standup and duo act were featured on the comedy compilation CD Comedy Death Ray.