50 facts about Liam Payne of One Direction 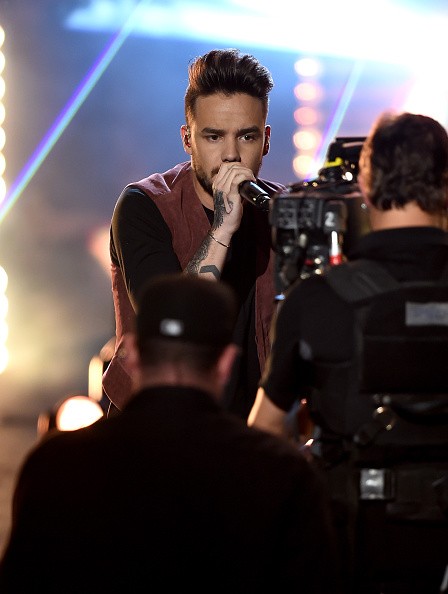 2. He is an English singer and songwriter.

3. He made his debut as a singer when he auditioned as a solo artist for the British television series The X Factor in 2008. Though cut by Simon Cowell following judge's house, Payne was encouraged to reaudition.

4. He reauditioned as a solo artist in 2010, where he was put into a group along with four other contestants, to form the boy band that would later become known as One Direction.

6. The group's debut single "What Makes You Beautiful" debuted at number one on the UK Singles Chart, and has since sold over 5 million copies worldwide, making it among one the best-selling singles of all time.

7. Payne has also appeared in television and film, including the Nickelodeon series iCarly and the concert film One Direction: This Is Us.

8. Payne has worked independently under the monikers "Big Payno" and "Payno".

9. He created remixes for songs such as British pop singer Cheryl Cole's single "I Don't Care."

11. His mother Karen is a nursery nurse.

12. His father Geoff Payne is a fitter.

14. Until the age of four, Payne had regular tests done in hospital as doctors noticed one of his kidneys was scarred and dysfunctional. To help cope with the pain, he had 32 injections in his arm in the morning and evening as a child.

15. As a student, Payne was heavily involved in sports, particularly cross country running.

17. After failing to make the English National Team for the 2012 Olympic Games, he was placed on the reserve list.

18. Payne was bullied in secondary school and took up boxing lessons at the age of 12.

20. Payne was first introduced to the world of show business at age 12 as a member of the Pink Productions Theater Company, even appearing as 'Tony Manero' from Saturday Night Fever.

21. Payne had previously performed in front of a crowd of 26,000 during a Wolverhampton Wanderers football match.

22. Payne cites Pharrell Williams and Justin Timberlake as major musical influences. "The person who has inspired me most is Pharrell Williams who I worked with a while back. I got talking to his producer recently and asked him what Pharrell was like when he was younger, and he said to me that when he was my age he couldn't press a note on a keyboard. And that was amazing to me because at 22 I thought I was too old to learn guitar," revealed Payne.

23. Payne first auditioned for the fifth series of the British Singing Competition The X Factor in 2008, at just 14 years old.

24. Payne returned to the seventh series of the British Singing Competition The X Factor in 2010. He auditioned with Julie London's Cry Me a River, which earned him four yeses and a standing ovation from Cowell. Payne was considered the second favourite to win the competition following his solo audition.

25. Following The X Factor, One Direction were signed to Simon Cowell's Syco Entertainment in 2010.

26. One Direction released their first studio album, Up All Night, in 2011, followed by their second album, Take Me Home, in 2012. Their third album Midnight Memories was released in 2013, followed by their fourth album Four in 2014 and Made In The A.M in 2015.

27. One Direction became the only group in this 58-year history of the Billboard Hot 200 chart to have their first five albums debut at number 1.

28. The debut single Drag Me Down, which Payne announced, set a Spotify record with 4.75 millions plays in its first 24 hours.

29. During the Take Me Home Tour One Direction covered Wheatus's "Teenage Dirtbag." In the original song lead vocalist Brendan Brown performs a segment in a "female voice" which, in One Direction's rendition of the song Payne covered in falsetto. This garnered praise from Brown who commented "You can do my girl part anytime."

30. Following the departure of former member Zayn Malik, Liam has been tasked with taking over the bulk of Malik's vocals.

31. Payne is known as one of the principal writers in One Direction, credited for co-writing more than half of the songs on the band's third and fourth album.

33. He has also been in the studio with multiplatinum producer and performing artist Pharrell Williams.

34. Payne has also revealed that he has written in various genres including rap and country, and that he intends to pursue a solo vocal career.

35. Payne has also promoted up and coming acts such as LunchMoney Lewis, up-and-coming R&B artist Lauv, Bars and Melody and breakout stars 5 Seconds of Summer, who are signed to One Mode Productions Limited, on which Payne serves as director.

36. Payne appeared on the cover of Attitude Magazine after being awarded the Sexiest Man of the Year, marking the first and only solo cover and interview by a member of One Direction and furthering speculation of Payne's solo career.

37. Payne is an avid supporter of Unicef and teamed up with tennis star Andy Murray, Jack Whitehall and Clare Balding in support of Unicef UK's Children in Danger Summer Disease Appeal.

38. Payne teamed up with motorsport star Eddie Jordan in support of UK based chartiy CLIC Sargent.

39. Payne is an ambassador for the charitable organization Trekstock, whose aim is to "empower young adults to thrive through and beyond cancer." Payne's original campaign with the organization in 2013 raised $784,198. He raised an additional $211,237 during his campaign in 2015. In conjunction with his 2015 campaign, Payne hosted The Great Gatsby Charity Ball.

40. Payne has also been named an ambassador of Sustainable Development Goals also known as the Global Goals campaign.

41. Payne also began a Twitter campaign in the hopes of helping impoverished people across the globe by personally getting involved with charity work and inspiring his followers to do so as well.

42. Payne also gave a much needed push to a £6 million youth project "The Youth Zone" in his hometown of Wolverhampton.

43. As a member on One Direction, Payne has also supported Comic Relief, Office Depot's Anti-Bullying Campaign, and a new initiative titled Action 1D "to help better the future."

45. Payne began dating X Factor dancer and online personality Danielle Peazer in 2010 during his time on the X Factor.

46. He and Peazer split briefly in September 2012 before rekindling their romance in December 2012. The couple ended their relationship in April 2013.

48. Payne began dating Sophia Smith, his former schoolmate, in June 2013. The couple split in October 2015, after two and half years.

49. Payne has 3 dogs: an Alaskan Klee Kai named Loki, a Great Dane and a smaller pup named Watson and Ralph.

50. Payne is also an avid fan of the Harry Potter series.