50 facts about Jim Beaver: was the only actual Vietnam veteran among the principal cast of In Country
Share Tweet Email 0 Comments
NEXT> 50 facts about actor Josh Duhamel
Monday, February 24, 2020
STAY CONNECTED WITH US

50 facts about Jim Beaver: was the only actual Vietnam veteran among the principal cast of In Country 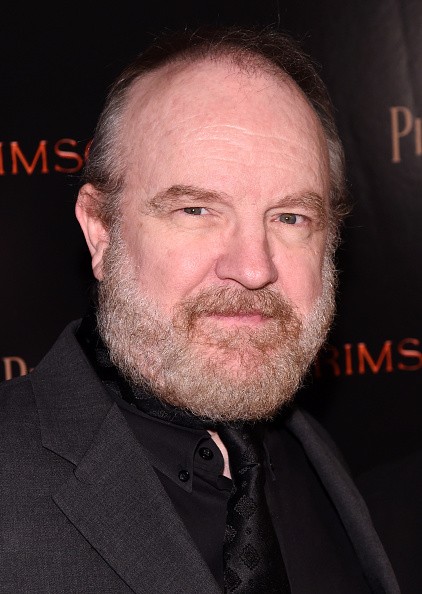 1. Less than two months after his graduation from high school, Beaver followed several of his close friends into the United States Marine Corps.

4. He served as a radio operator at an outlying detachment of the 1st Marine Regiment, then as supply chief for the division communications company. He returned to the U.S. in 1971 and was discharged as Corporal (E-4), though he remained active in the Marine Reserve until 1976.

5. Beaver was born in Laramie, Wyoming.

6. His parents are Dorothy Adell and James Norman Beaver, Sr. a minister.

7. His father was of French and English heritage.

8. His mother has Scottish, German, and Cherokee ancestry, and is a descendant of senator, governor, and three-time U.S. Attorney General John J. Crittenden.

9. Although his parents' families had both long been in Texas, Beaver was born in Laramie, while his father was doing graduate work in accounting at the University of Wyoming.

10. Returning to Texas, his father Beaver Sr. worked as an accountant and as a minister for the Church of Christ in Fort Worth, Texas; Crowley, Texas; Dallas, Texas; and Grapevine, Texas.

11. For most of Jim Beaver's youth, his family lived in Irving, Texas, even while his father preached in surrounding communities.

12. He and his three younger sisters all attended Irving High School (where he was a classmate of ZZ Top drummer Frank Beard), but he transferred in his senior year to Fort Worth Christian Academy, from which he graduated in 1968.

13. Despite having appeared in some elementary-school plays, he showed no particular interest in an acting career, but immersed himself in film history.

14. He expressed a desire for a career as a writer, publishing a few short stories in his high school anthology.

16. He is a stage, film, and television actor, playwright, screenwriter, and film historian.

17. He is most familiar to worldwide audiences as the gruff but tenderhearted Bobby Singer in Supernatural.

19. Role of Whitney Ellsworth brought him acclaim and a Screen Actors Guild Awards nomination for Ensemble Acting after three decades of supporting work in films and TV.

22. Upon his release from active duty in 1971, he returned to Irving, Texas, and worked briefly for Frito-Lay as a corn-chip dough mixer.

23. He entered what is now Oklahoma Christian University, where he became interested in theatre.

24. He made his true theatrical debut in a small part in The Miracle Worker.

25. He transferred to Central State University (now known as the University of Central Oklahoma). He performed in numerous plays in college and supported himself as a cabdriver, a movie projectionist, a tennis-club maintenance man, and an amusement-park stuntman at Frontier City.

26. He also worked as a newscaster and hosted jazz and classical music programs on radio station KCSC.

27. During his college days, he also began to write, completing several plays and also his first book, on actor John Garfield, while still a student.

28. Beaver graduated with a degree in Oral Communications in 1975.

30. Jim Beaver made his professional stage debut in October 1972, while still a college student, in Rain, from W. Somerset Maugham's short story, at the Oklahoma Theatre Center in Oklahoma City, Oklahoma.

31. After returning to Texas, he did a great deal of local theatre in the Dallas area, supporting himself as a film cleaner at a 16 mm film rental firm and as a stagehand for the Dallas Ballet.

32. He joined the Shakespeare Festival of Dallas in 1976, performing in numerous productions.

33. In 1979, he was commissioned by Actors Theatre of Louisville to write the first of three plays for that company (Spades, Sidekick and Semper Fi).

34. Was twice a finalist in the theatre's national Great American Play Contest (for Once Upon a Single Bound and Verdigris).

35. Along with plays, he continued writing for film journals and for several years was a columnist, critic and feature writer for the National Board of Review of Motion Pictures magazine Films in Review.

36. Moving to New York City in 1979, Beaver worked steadily onstage in stock and on tour, simultaneously writing plays and researching a biography of actor George Reeves (a project which he still pursues between acting jobs).

37. He appeared in starring roles in such plays as The Hasty Heart and The Rainmaker in Birmingham, Alabama and The Lark in Manchester, New Hampshire, and toured the country as Macduff in Macbeth and in The Last Meeting of the Knights of the White Magnolia. During this period, he ghostwrote the book Movie Blockbusters for critic Steven Scheuer.

38. In 1983, he moved to Los Angeles, California to continue research on his biography of George Reeves.

39. He worked for a year as the film archivist for the Variety Arts Center.

40. Following a reading of his play Verdigris, he was asked to join the prestigious Theatre West company in Hollywood, where he continues as an actor and playwright to this day.

41. Verdigris was produced to very good reviews in 1985 and Beaver was signed by the powerful Triad Artists agency.

42. He began to work writing episodes of various television series, including Alfred Hitchcock Presents (he received a 1987 CableACE Award nomination for his very first TV script, for this show), Tour of Duty and Vietnam War Story.

43. He also worked occasionally in small roles in films and television.

45. Beaver was the only actual Vietnam veteran among the principal cast of In Country.

46. He starred in the television series Thunder Alley as the comic sidekick to Ed Asner, and as homicide cop Earl Gaddis on Reasonable Doubts.

48. For several years after his move to California, Beaver shared a house with character actor Hank Worden, who had been a friend since Beaver's childhood.