50 facts about Fran Drescher: known as character Fran Fine from The Nanny
Share Tweet Email 0 Comments
NEXT> 50 facts about Laurence Fishburne: perhaps best known for his roles as Morpheus in The Matrix trilogy
Thursday, February 27, 2020
STAY CONNECTED WITH US

50 facts about Fran Drescher: known as character Fran Fine from The Nanny 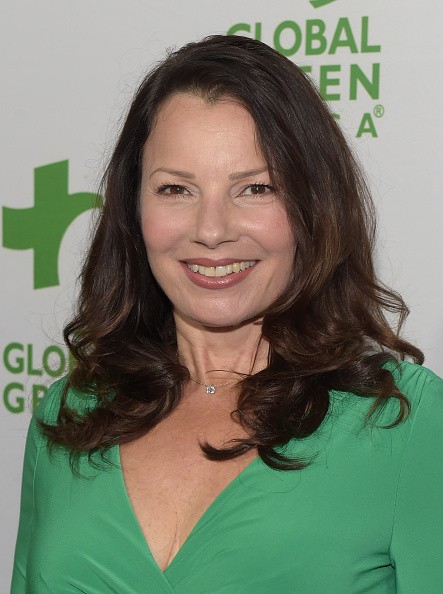 2. Her mother Sylvia is a bridal consultant.

3. Her father Morty Drescher is a naval systems analyst.

4. Her family is Jewish, from Southeast and Central Europe.

5. Her maternal great-grandmother Yetta was born in Romania, and emigrated to the United States.

6. Her father's family came from Poland.

7. She has an older sister, Nadine.

13. Jacobson was Drescher's constant supporter in her show-business career, and he wrote, directed, and produced her signature television series, The Nanny.

15. One of her classmates was comedian Ray Romano.

16. Drescher's character Fran Fine from The Nanny and Romano's character Ray Barone from Everybody Loves Raymond met at a 20th high school reunion on an episode of The Nanny.

17. Drescher and Jacobson attended Queens College, City University of New York, but dropped out in their first year because "all the acting classes were filled." They then enrolled in cosmetology school.

19. She is a film and television comedian, model, actress, producer.

20. She also is an ordained minister, and activist.

22. She is also known for her nasal voice and thick New York accent.

23. Drescher made her screen debut with a small role in the 1977 blockbuster film Saturday Night Fever, and later appeared in American Hot Wax and Wes Craven's horror tale Stranger in Our House.

24. In the 1980s, she gained recognition as a comedic actress in the films Gorp, The Hollywood Knights, Doctor Detroit, This Is Spinal Tap, and UHF while establishing a television career with guest appearances on several series.

25. In 1993, she achieved wider fame as Fran Fine in her own sitcom vehicle The Nanny, for which she was nominated for two Emmy Awards and two Golden Globe Awards for Best Actress in a Comedy Television Series during the show's run.

26. She received further recognition for her performances in Jack and The Beautician and the Beast and reinforced her position as a leading sitcom star with Living With Fran and Happily Divorced.

27. She is a uterine cancer survivor.

28. Drescher is an outspoken healthcare advocate.

29. Is noted for her work as a Public Diplomacy Envoy for Women's Health Issues for the U.S. State Department.

31. On February 4, 2014, Drescher made her Broadway debut in Cinderella as stepmother Madame.

32. She also made an appearance in a second season episode of Who's the Boss? in 1985 as an interior decorator.

33. Drescher and Jacobson had no children.

34. After two years of symptoms and misdiagnoses by eight doctors, Drescher was admitted to Los Angeles's Cedars Sinai Hospital on June 21, 2000, after doctors diagnosed her with uterine cancer. She had to undergo an immediate radical hysterectomy to treat the disease. Drescher was given a clean bill of health and no post-operative treatment was ordered.

35. She wrote about her experiences in her second book, Cancer Schmancer. Her purpose for this book was to raise consciousness for men and women "to become more aware of the early warning signs of cancer, and to empower themselves." Drescher says, "I was going to learn what I needed to learn, ask questions, become partners with my doctor instead of having some kind of parent/child relationship."

36. Gave her voice to the role of a female golem in The Simpsons episode "Treehouse of Horror XVII".

37. In 2007, Drescher appeared in the US version of the Australian improvisational comedy series Thank God You're Here.

38. In 2008, Drescher announced that she was developing a new sitcom entitled The New Thirty, also starring Rosie O'Donnell. A series about two old high school friends coping with midlife crises, Drescher described the premature plot of the show as "kind of Sex and the City but we ain't getting any! It'll probably be more like The Odd Couple." The sitcom failed to materialize however.

41. In 2006, she was honored with the City of Hope Spirit of Life Award, which was presented to her by Senator Hillary Clinton.

42. On April 10, 2010, she was guest of honor at the "Dancer against Cancer" charity ball held at the Imperial Palace, Vienna, Austria, where she received the first "My Aid Award" for her achievements in support of cancer prevention and rehabilitation.

43. Drescher and Jacobson remain friends and business partners. She has stated that "we choose to be in each others' lives in any capacity. Our love is unique, rare, and unconditional; unless he's being annoying."

47. In 2003, Drescher appeared in episodes of the short lived sitcom, Good Morning, Miami as Roberta Diaz.

48. In 2010, Drescher returned to television with her own daytime talk show, The Fran Drescher Tawk Show.

49. Drescher made her Broadway debut on February 4, 2014, in the revival of Rodgers and Hammerstein's Cinderella.

50. Drescher's previous stage performances include an off-Broadway production of Nora Ephron's Love, Loss, and What I Wore, and Camelot at the Lincoln Center with the New York Philharmonic.