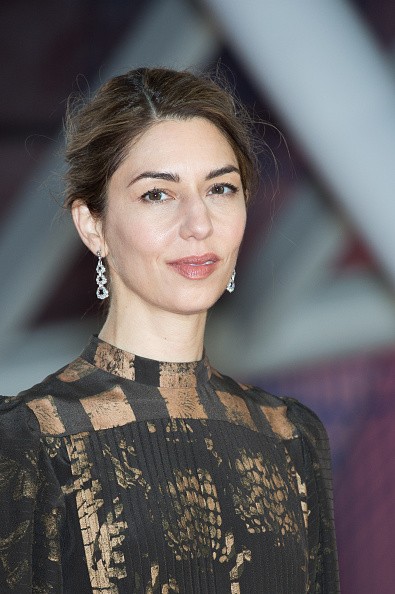 Her win for best original screenplay in 2003 made her a third-generation Oscar winner. Learn 49 interesting facts about Sofia Coppola.

2. Is the youngest child and only daughter.

3. Her father is of Italian descent.

4. At fifteen, she interned with Chanel.

5. Attended Mills College and the California Institute of the Arts. After dropping out of college, Coppola started a clothing line called Milkfed, which is now sold exclusively in Japan.

6. Her middle name is Carmina.

7. She is an American screenwriter, director, producer and actress.

9. In 2010, with the drama Somewhere, she became the first American woman (and fourth American filmmaker) to win the Golden Lion, the top prize at the Venice Film Festival.

10. Coppola's acting career, marked by frequent criticisms related to nepotism, began while she was an infant, as she made background appearances in seven of her father's films. The best known of these early roles is her appearance in The Godfather as the infant Michael Francis Rizzi in the baptism scene.

11. Coppola returned to her father's trilogy in both the second and third Godfather films, playing an immigrant child in Part II and playing Michael Corleone's daughter in Part III, after the originally cast actress Winona Ryder discontinued her involvement with the film.

12. Coppola also acted in her father's films The Outsiders, in a scene where Matt Dillon, Tommy Howell, and Ralph Macchio are eating at a Dairy Queen; Rumble Fish; The Cotton Club; and as Kathleen Turner's sister Nancy Kelcher in Peggy Sue Got Married who she would later work with on her feature film directing debut, The Virgin Suicides.

13. Frankenweenie was the first film that she performed in that was not associated with her father.

14. The 1989 short film, entitled Life Without Zoe, was released as part of a tripartite anthology film New York Stories, and was co-written by a teenage Coppola with her father, who also directed the film.

15. After she was critically panned for her performance in The Godfather Part III, for which she was named "Worst Supporting Actress" and "Worst New Star" at the 1990 Golden Raspberry Awards, Coppola ended her acting career, although she appeared in the 1992 independent film Inside Monkey Zetterland, as well as in the backgrounds of films by her friends and family: for example, she appeared as Saché in George Lucas' Star Wars: Episode I - The Phantom Menace in 1999.

16. She has since been quoted as saying that she was not hurt by the criticism from her role in The Godfather Part III, because she never especially wanted an acting career.

19. She made her feature film directing debut with The Virgin Suicides. It received critical acclaim upon its premiere in North America at the 2000 Sundance Film Festival and was released later that year.

20. Her second feature was Lost in Translation.

21. Coppola won the Academy Award for her original screenplay and three Golden Globe Awards including Best Picture Musical or Comedy.

23. Her win for best original screenplay in 2003 made her a third-generation Oscar winner.

24. In 2004, Coppola was invited to join the Academy of Motion Picture Arts and Sciences.

25. Her third film was the biopic Marie Antoinette, adapted from the biography by British historian Antonia Fraser. Kirsten Dunst plays the title character, who marries King Louis XVI, played by Jason Schwartzman, Coppola's cousin. It debuted at the 2006 Cannes Film Festival where, despite boos in the audience, it received a standing ovation.

26. Her fourth film was Somewhere. The movie was filmed at Chateau Marmont. The plot focuses on a "bad boy" actor portrayed by Stephen Dorff who is forced to reevaluate his life when his daughter, played by Elle Fanning, arrives unexpectedly.

27. Coppola's most recent film The Bling Ring was based on actual events centered around the Bling Ring, a group of California teenagers who burgled the homes of several celebrities over 2008 and 2009, stealing around $3 million in cash and belongings. Emma Watson, Taissa Farmiga, Leslie Mann, Israel Broussard, Katie Chang, and Claire Julien starred in the film. The film opened the Un Certain Regard section of the 2013 Cannes Film Festival.

28. In March 2014, it was reported that Coppola was in negotiations to direct a live-action adaptation of The Little Mermaid from a script by Caroline Thompson. However, in June 2015, it was announced Coppola had dropped out of the film due to creative differences.

29. In the mid-1990s, she and best friend Zoe Cassavetes helmed the short-lived series Hi Octane on Comedy Central which spotlit performers in underground music. The show was cancelled after four episodes.

30. In December 2008, Coppola's first commercial premiered during an episode of Gossip Girl. The advertisement which she directed for the Christian Dior fragrance Miss Dior Chérie which was shot in France with model Maryna Linchuk was very well received and continues to be popular on YouTube.

31. In October 2014, Coppola launched a series of Christmas ads for the clothing chain Gap.

32. At the beginning of the 1990s, she was often featured in girl-oriented magazines like Seventeen and YM.

33. In 1998, she cofounded the clothing line Milk Fed in Japan with friend Stephanie Hayman in cooperation with Sonic Youth's Kim Gordon.

34. In 2002, fashion designer Marc Jacobs chose the actress/director to be the 'face' of his house's fragrance. The campaign involved photographs of her shot by photographer Jürgen Teller in his signature over-exposed style.

35. In the July 2013 issue of Elle, photographs shot by Coppola of Paris Hilton at her Beverly Hills mansion (which makes a cameo in The Bling Ring) were featured.

37. Her nomination for Best Director made her the first American woman in history to be nominated in that category, and the third woman overall, after Lina Wertmüller and Jane Campion. In 2010, Kathryn Bigelow became the fourth woman to be nominated, and the first to win the award.

38. Coppola, remains the youngest woman to be nominated in the Best Director category.

39. Her win for Best Original Screenplay resulted in her family becoming the second three-generation Oscar-winning family, her grandfather Carmine Coppola and her father Francis Ford Coppola having previously won Oscars. The first family to achieve this feat was the Huston family: Walter, John, and Anjelica.

41. On September 11, 2010, Somewhere won the Golden Lion, the top prize at the Venice International Film Festival. Coppola is the first American woman to win the award.

45. She met Mars while producing the soundtrack to The Virgin Suicides.

46. They have two daughters: Romy and Cosima.

47. Romy's name is a homage to Coppola's brother Roman.

48. Coppola and her family live in Paris.

49. She said of Paris: "The Palais-Royal, the Tuileries Garden, the Musée d'Orsay. You can tell I love the city, right? It's a filmmaker's dream there; the colors are beautiful!"

50. Her mother is decorator/artist Eleanor Coppola.