44 facts about Nicky Hilton: became a member of the aristocratic Rothschild family 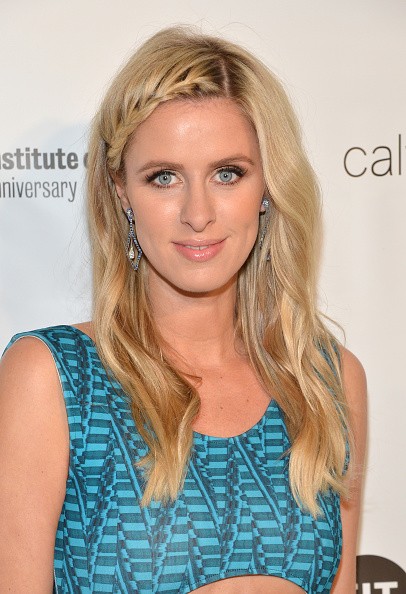 In 2014, Hilton launched a 10-piece collection with eLuxe. She designed each piece as a reflection of her personal style and named all products after the women in her family, who embody the style of each piece. Learn 44 facts about Nicky Hilton.

2. She is an American fashion designer, socialite, and model.

3. She is a member of the Hilton family by birth.

4. Her great-grandfather was Conrad Hilton, the founder of Hilton Hotels.

5. Through her marriage to James Rothschild she became a member of the aristocratic Rothschild family.

6. Her husband James Rothschild is a grandson of Victor Rothschild, 3rd Baron Rothschild.

8. Was raised in Los Angeles.

9. She is the daughter of Richard Hilton, a hotel heir of the Hilton family who works as a businessman in real estate and Kathy Hilton (née Avanzino).

10. Her mother is a former actress and half sister of Kim and Kyle Richards.

11. Hilton was named after her great-uncle, Conrad Nicholson Hilton, Jr.

12. She is the second of four children: she has an older sister, Paris Whitney Hilton, and two younger brothers, Barron Nicholas Hilton II and Conrad Hughes Hilton III.

14. She has Norwegian and German ancestry on her father's side.

15. Has Italian, English, Scottish, and Irish ancestry on her mother's side.

16. Hilton graduated from Convent of the Sacred Heart, an all-girls Catholic school on the Upper East Side, in 2001.

17. She took courses at Fashion Institute of Technology and Parsons The New School for Design but does not have a degree.

19. She also designed a line of handbags for Japanese company Samantha Thavasa.

21. Nicholai held its fashion show for the spring/summer 2008 season on September 9, 2007, in New York City during Mercedes-Benz Fashion Week.

22. In 2014, Hilton launched a 10-piece collection with eLuxe. She designed each piece as a reflection of her personal style and named all products after the women in her family, who embody the style of each piece.

23. In 2010, Hilton launched a line of jewellery. The pieces are costume jewellery and in an art deco style, averaging around $200 per piece.

24. In 2015, she launched a capsule collection of handbags as part of a collaboration with Linea Pelle.

25. Hilton said she was approached by Linea Pelle "to make a capsule collection and I really wanted to have it be classic. As in I didn't want to make these super trendy bags that would be out of style next season."

26. In 2005, Hilton was the face of Australian underwear line Antz Pantz alongside Kimberly Stewart.

27. Hilton modeled for the cover of Lucire for its New Zealand and Romanian editions.

28. In 2006, she entered a partnership to open two Nicky O Hotels, the first in Miami and the second in Chicago.

29. In 2014, Hilton published her first book, 365 Style. According to the author, the book "offers a simple method that helps girls identify the staple pieces that work best for their lifestyle, encourages them to stay true to their own tastes, and most importantly shows them how to have fun with fashion every day of the year."

30. Her book 365 Style was published by Harlequin, a subsidiary of HarperCollins.

31. In 2015, Hilton collaborated with Smashbox, the cosmetic brand owned by Max Factor, to create a cosmetic line consisting of three limited-edition cat-inspired makeup kits (one for each of her favorite cities: New York City, Los Angeles and London).

34. Hilton's Meister's marriage was annulled less than three months later, with Hilton and Meister explaining they traveled apart often and had married "on a whim".

35. In 2011, Hilton began dating financier James Amschel Victor de Rothschild a member of the Rothschild family and only son of Amschel Rothschild.

36. She was introduced to James at James Stunt and Petra Ecclestone's wedding.

37. On August 12, 2014, while on vacation at Lake Como in Italy, Hilton became engaged to Rothschild.

38. A cocktail party celebrating the engagement was hosted at Spencer House, a palace owned by Charles Spencer, 9th Earl Spencer, the brother of the late Princess Diana. Its current tenant is Jacob Rothschild, 4th Baron Rothschild.

39. On July 10, 2015, the couple married at The Orangery in Kensington Palace Gardens in London, England.

41. At her wedding her sister, Paris, served as Maid of Honor.

43. The couple honeymooned in Botswana.

44. In January 2016, Hilton announced she is expecting their first child.