UFO Sighting Reportedly Shows a Figure of An Alien
Share Tweet Email 0 Comments
NEXT> Man Wears Matching Clothes With a Baby Doll! Their Pictures are Cute But Funny!
Wednesday, January 26, 2022
STAY CONNECTED WITH US

UFO Sighting Reportedly Shows a Figure of An Alien 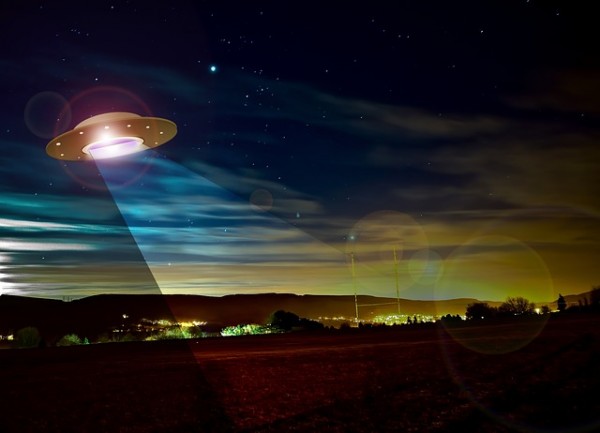 You might have read from science books and scientific television shows about extraterrestrial life and if aliens do exist. Even up to this day, alien hunters and believers are still convinced that they have discovered another imprinted alien figure in the Earth's atmosphere, which they can consider as "messages" from the sky.

Many conspiracy theorists and experts are always open to extraterrestrial conversations and how they are really existing creatures outside Earth. Through the years, these theorists have always believed that there is more than just planets in outer space and there a beings roaming around the galaxy of stars.

Recently, conspiracy theorists and alien hunters reported that they have found a new message left by ancient aliens in the Earth's atmosphere. The International Space Station or ISS has seen footage that seems to look like two faces that looked like a Van Gogh face in the clouds.

One of these firm believers of aliens and space is alien hunter Scott Waring. Waring believes that the faces that were seen in the clouds are a result of a telepathic alien who is creating clouds using their minds. Waring wrote on ET that the first figure looked closely like a human being and the second one looks like a bird. He also said it was like Van Gogh made the figures because of the swirling clouds. The National Aeronautics and Space Administration also used an infrared filter, which made the shot purple in color, over the camera to capture the figure.

Waring further shared and revealed how amazing the figures looked after seeing them in NASA's camera. The first figure, as he described, looked very interesting and beautiful. Waring believes that it was made by an alien who has powerful thoughts in his mind enough for his telepathy to create such strong form. He also explained how clouds and smoke are the easiest things to move for telepathic people. Since aliens are of different species, they tend to communicate in a different way, and that is through telepathic ways, such as using pictures in their minds.

On the other hand, NASA and some other skeptics would believe that the figures and faces that were seen in the clouds are effects of pareidolia, which is a psychological phenomenon where the brain can manipulate the eyes into something familiar such as a face of a person or objects in different patterns.

Also, this is not the first time Waring made a claim of extraterrestrial findings and activities around the ISS. In fact, a 22-minute long footage was released last month of what it seemed to be a glowing UFO outside the orbiting laboratory. This was seen by an alien hunter and claimed it was a UFO-moving thing that is as big as a bus. It was said to be moving around the same speed as the ISS, which has a speed of 78 km per second. By the end of the footage, the UFO shoots upwards and then disappears out of the nowhere, showing off only a green burst of light.