People all over America have found their new icon in somebody that is using a Twitter account. If you've heard of Oklahoma's National Cowboy & Western Heritage Museum, then you might know about how popular its Twitter account is right now. If you have not heard of it, the cowboy museum's head of security takes over Twitter, and now many Americans are admiring what he is tweeting.

What Did The Cowboy Museum's Head of Security Do On Twitter?

Tim Send is the name of the cowboy museum's head of security, which is who's responsible for the popular tweets coming from the Twitter of the museum. The tweets he posts using the museum's Twitter account are educational and comically wholesome. 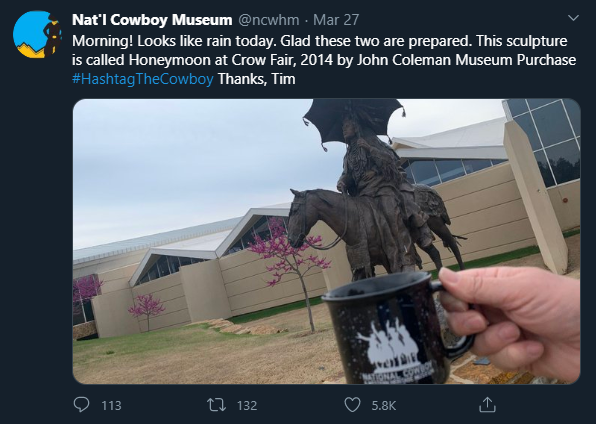 Educational since he tweets out information about the different exhibits you can find in the museum. Comically nourishing since he tries to figure out how social media works and his struggles while trying to get it right. It does not matter much which ones of his tweets you stumble upon and read.

Any of his tweets will show you how incredible it is when the cowboy museum's head of security takes over Twitter. 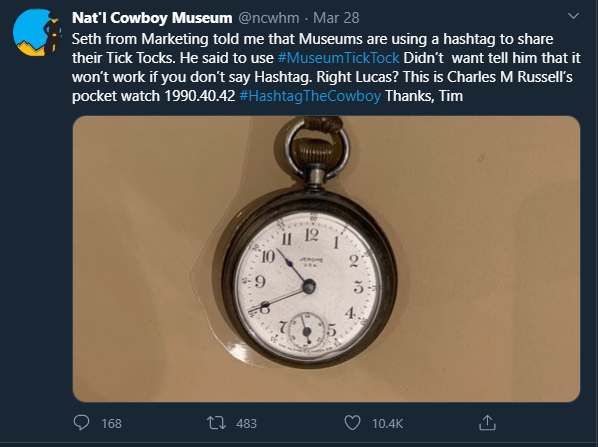 The first of the Tweets Tim made was his introduction. He mentioned that while the museum is closed, because of the lockdowns and quarantines going on because of the coronavirus outbreak, the museum assigned him as the manager of the Twitter account.

It is an additional duty, so he and his security team will still keep the museum secure and all the exhibits safe. He is new to social media, but he is excited to be managing the museum's Twitter account. 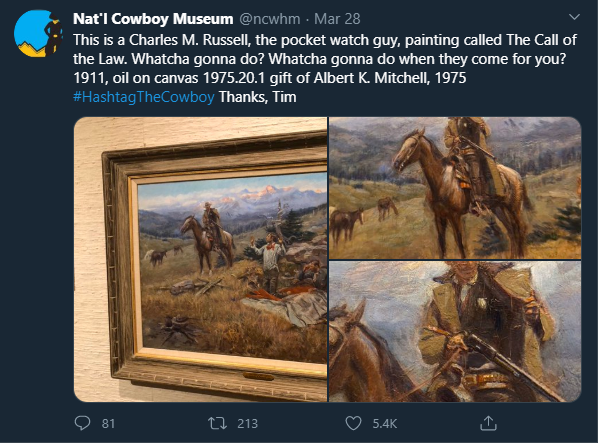 Tim tweeted out a picture of some props used in the movie True Grit. The props were a hat, an eyepatch, and a pair of boots that were part of the outfit in the film. The character who wore the costume was the Duke. He says the props are part of an exhibition about the two True Grit movies.

The museum prohibited him from putting the accessories on to try them out. He also attempted to include a hashtag in his tweet for his grandson Lucas. Instead of using the hashtag symbol, he typed out the word hashtag. 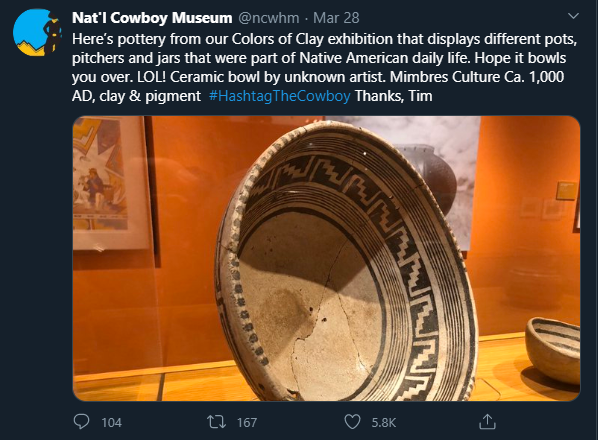 The next Tweets were about a photography exhibition by photographer Dorothea Lange who is a presentation all on the politics of seeing. Tim's first tweet on the show was of the info board with a picture of the photographer.

He mentioned that Dorothea looks like someone he would want to drink with. His next tweet from the exhibition is of people in 1937 lining up at an unemployment office in San Francisco. He says that it was tough back then, and it is tough now too. But he knows that everything will be fine. 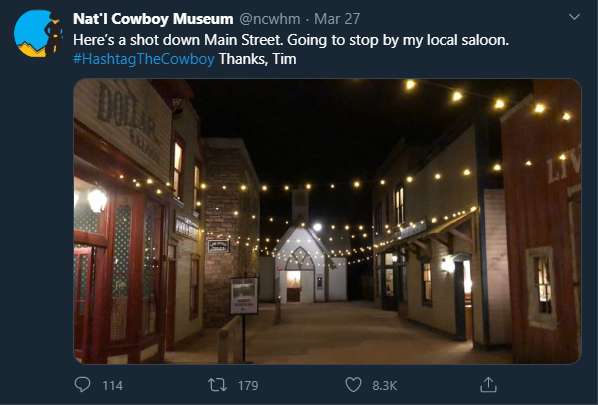 There are more things that Tim tweets about, like props from cowboy movies, cowboy hats, and clothes that cowboys wore. So once the lockdowns and quarantines are over, you can check out the tweets that came out when the cowboy museum's head of security takes over Twitter. 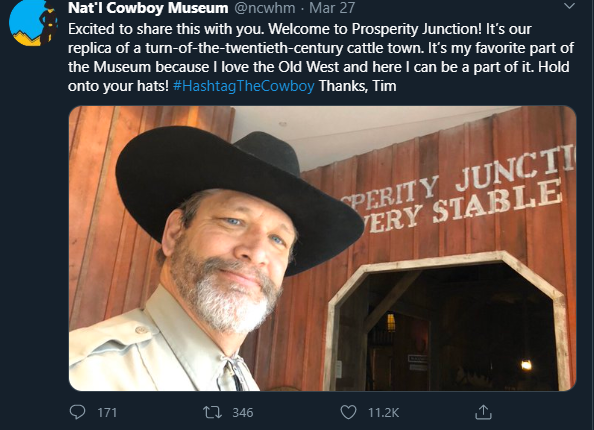 If you ever visit the museum, respect the museum's rules and regulations.