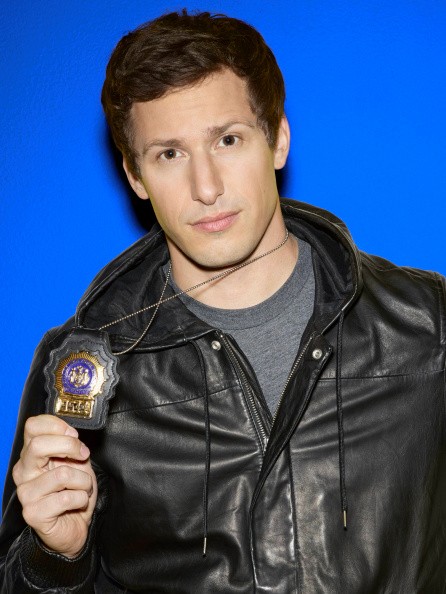 3. He is a member of the comedy group The Lonely Island.

5. During Saturday Night Live he and his fellow group members have been credited with popularizing the SNL Digital Shorts.

6. Samberg has starred in films, such as Hot Rod, I Love You, Man, That's My Boy, Celeste and Jesse Forever and Hotel Transylvania.

7. He stars in the workplace sitcom Brooklyn Nine-Nine.

8. For Brooklyn Nine-Nine he won a Golden Globe Award for Best Actor - Television Series Musical or Comedy in 2014.

10. Samberg was born in Berkeley, California.

11. His mother, Marjorie "Margi", is an elementary school teacher.

13. He has two sisters, Johanna and Darrow.

15. His maternal grandfather, industrial psychologist and philanthropist Alfred J. Marrow, served as the executive chair of the American Jewish Congress.

16. Samberg has described himself as "not particularly religious".

17. He is a third cousin of U.S. Senator Tammy Baldwin of Wisconsin.

18. Samberg discovered Saturday Night Live as a child, while sneaking past his parents to watch professional wrestling on television.

19. His devotion to comedy was frustrating to teachers who felt he was distracted from his schoolwork.

21. During college he became interested in creative writing and has stated: "[Writing classes] were the ones that I put all my effort into... that's what I cared about and that's what I ended up doing."

22. He attended college at University of California, Santa Cruz, for two years before transferring to New York University's Tisch School of the Arts, where he graduated in 2000.

23. Samberg majored in experimental film, including the music video for James Kochalka's song "Monkey vs. Robot" as Monkey.

24. He became a YouTube and internet star and made his own comedy videos with his two friends Akiva Schaffer and Jorma Taccone. When YouTube was created in 2005, the streaming of their videos became much more widespread over the internet.

25. Samberg became a featured player on the show in part because of the work he had done on his own sketch comedy website TheLonelyIsland.com. that helped them land an agent and eventually get hired at SNL.

26. Prior to joining the SNL cast, Samberg was a member of the comedy troupe The Lonely Island (along with Taccone and Schaffer). The trio began writing for Saturday Night Live in 2005 and released their debut album, Incredibad in 2009.

28. Samberg and Newsom first met at one of Newsom's concerts.

29. Samberg was selected as one of People Magazine's Hottest Bachelors of Summer 2008.

31. Will Ferrell is one of his "flat-out heroes of all time."

32. His likes 1980's pop-culture, especially the wrestling from back then.

33. In 2012, Samberg delivered the Class Day speech at Harvard University.

34. Starred with Adam Sandler in That's My Boy and Hotel Transylvania.

36. Stars as detective Jake Peralta in FOX's police sitcom Brooklyn Nine-Nine which first aired on September 17, 2013, for which he won the Golden Globe Award for Best Actor - Television Series Musical or Comedy in 2014.

37. Samberg hosted the 67th Primetime Emmy Awards on September 20, 2015, during which in his opening monologue, he referred to U.S. presidential candidate Donald Trump as possibly being racist, telling the studio and television audience "Well, I've gotta say, sure, Donald Trump seems racist. Let's see what else?" and U.S. presidential candidate Bernie Sanders as having an unkempt appearance: "Is it just me or does Bernie Sanders always seem like his flight is delayed? Guy's a mess!"

38. In September 2005, Samberg joined Saturday Night Live as a featured player along with his two friends as the show's writing staff.

39. Though his live sketch roles were limited in his first year, he appeared in many prerecorded sketches including commercial parodies and various other filmed segments.

40. On December 17, 2005, he and Chris Parnell starred in the Digital Short show "Lazy Sunday", a hip hop song performed by two Manhattanites on a quest to see the film The Chronicles of Narnia: The Lion, the Witch and the Wardrobe.

41. His comedy troupe's collaboration with T-Pain, the "I'm on a Boat" music video had over 56 million views on YouTube, after debuting on February 7, 2009 and was nominated for a Grammy Award.

42. Another digital short, "Motherlover" (also featuring Timberlake) was released on May 10, 2009 (to commemorate Mother's Day) and is a sequel of "Dick in a Box."

43. Outside of his prerecorded segments, he also participated in recurring live segments, such as his Blizzard Man sketch.

45. He and Joanna Newsom dated for five years.

46. He proposed to musician Joanna Newsom in February 2013.

50. Samberg dreamed of appearing on Saturday Night Live since he was eight years old.