50 facts about Laura Dern
Share Tweet Email 0 Comments
NEXT> 50 facts about Priyanka Chopra: winner of the Miss World pageant of 2000
Sunday, January 26, 2020
STAY CONNECTED WITH US 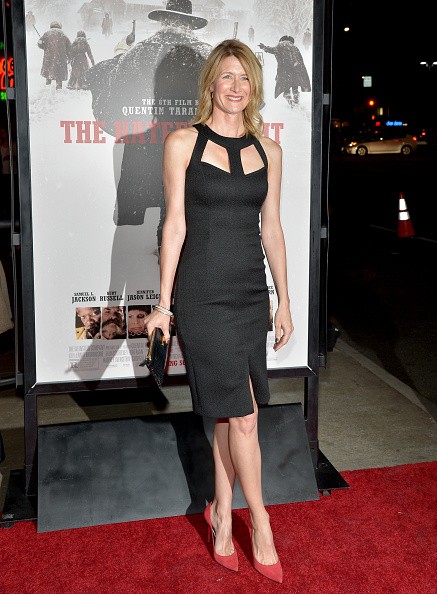 2. For her performance in the 1991 film Rambling Rose, she was nominated for the Academy Award for Best Actress.

3. For her performance in the 2014 film Wild, she was nominated for the Academy Award for Best Supporting Actress.

7. She went on to win the Golden Globe Award for Best Supporting Actress on Television for her portrayal of Florida Secretary of State Katherine Harris in the 2008 TV film Recount.

8. Won the 2012 Golden Globe Award for Best Actress in a Musical or Comedy Series for her role as Amy Jellicoe in HBO's Enlightened.

10. She is the daughter of actress Diane Ladd and actor Bruce Dern.

11. Is the great-granddaughter of former Utah governor and Secretary of War, George Dern.

12. The poet, writer, and Librarian of Congress Archibald MacLeish was her great-great-uncle.

13. Laura Dern's film debut was a cameo in her mother's film White Lightning.

14. She also made a brief appearance in Alice Doesn't Live Here Anymore, one of Ladd's signature roles.

15. Her mother objected to her 13-year-old daughter's presence on the set of Ladies and Gentlemen, The Fabulous Stains, but Dern sued for and received emancipation.

16. In 1982, she became the youngest-ever winner of Miss Golden Globe.

18. Dern would later attribute Seacat with a dramatic transformation in her life and work. Dern thanked Seacat in her acceptance speech for Best Actress in a Television Series at the 69th Annual Golden Globe Awards in 2012.

20. Dern's starring role in Blue Velvet was a breakthrough though her next notable film, Wild at Heart, took almost four years to be released.

21. Dern's affiliation with David Lynch has continued with her role in Inland Empire.

24. Clint Eastwood enlisted the actress for his film A Perfect World.

25. She also starred as Ruth in the 1996 satire Citizen Ruth, the directorial debut of Alexander Payne.

26. Was in relationship with Billy Bob Thornton.

27. In 1997, Dern was featured in Widespread Panic's music video for their song, "Aunt Avis", which was directed by Dern's then boyfriend and future fiancé, Billy Bob Thornton.

29. While dating Thornton in 1999, she was cast as his love interest in his film Daddy and Them, which also includes Diane Ladd.

31. Robert Altman called upon Dern's talents to play a Champagne-loving Aunt in his Texas-based comedy Dr. T & the Women in 2000.

32. She co-starred in Within These Walls and Arthur Miller's Focus.

34. Dern was part of the ensemble dramedy Happy Endings in 2005, and in the same year, she appeared in the film The Prize Winner of Defiance, Ohio.

35. In 2006, David Lynch and Dern reunited for Inland Empire and, also in 2006, Dern had a supporting role in Lonely Hearts.

36. Mike White, known for writing School of Rock and The Good Girl, hired Dern for his directorial debut in 2007, the comedy titled Year of the Dog and starring Molly Shannon, John C. Reilly, and Peter Sarsgaard.

37. In 2008 Dern starred in Recount for which she won a Golden Globe Award for Best Supporting Actress - Series, Miniseries or Television Film.

38. Dern was seen in the independent 2009 drama Tenderness and, in 2010, she appeared in Little Fockers, playing an advanced school principal who dated Owen Wilson's character Kevin Rawley.

39. Dern has done much work on television, most notably Afterburn, for which she received a Golden Globe Award for Best Actress in a Mini-Series or Movie.

40. Dern has been acknowledged with several awards from the independent film industry including the Sundance Institute and was the subject of an aggressive media campaign by David Lynch to win her an Academy Award nomination for her work in Inland Empire.

41. On November 1, 2010, she received the 2,420th star on the Hollywood Walk of Fame. Her parents, Diane Ladd and Bruce Dern, were also presented with stars.

44. Dern is known as an activist and supporter of many charities, such as Healthy Child Healthy World, which aims to raise awareness about toxic substances that can affect a child's health.

45. She has shared her support for Down Syndrome awareness in a cover story for ABILITY Magazine.

47. Dern began dating musician Ben Harper after they met at one of his concerts in fall 2000. Harper and Dern married on December 23, 2005 at their home in Los Angeles.

48. Harper and Dern have two children together, son Ellery Walker and daughter Jaya.

49. Through this marriage, Dern also became a stepmother to Harper's children from his first marriage, his son Charles and daughter Harris.

50. In October 2010, Harper filed for divorce from Dern, citing irreconcilable differences. They briefly reconciled and attended the 2012 Golden Globe Awards together, but Dern reactivated the divorce by filing a legal response in July 2012. The divorce was finalized in September 2013.