50 facts about Alfre Woodard
Share Tweet Email 0 Comments
NEXT> 50 facts about Katharine Hepburn, a leading lady in Hollywood for more than 60 years
Tuesday, March 31, 2020
STAY CONNECTED WITH US 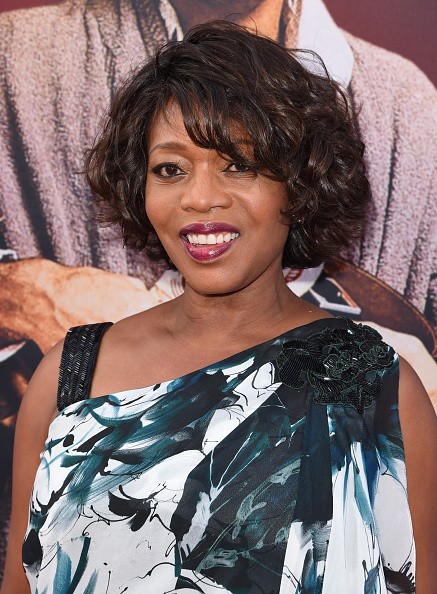 She said, "When I came to L.A. people told me there were no film roles for black actors...I'm not a fool. I know that. But I was always confident that I knew my craft." Learn 50 facts about actress Alfre Woodard.

1. Woodard was born in Tulsa, Oklahoma.

2. Her parents are Constance, a homemaker, and Marion H. Woodard, an entrepreneur and interior designer.

3. She is the youngest of three children.

4. She was a cheerleader in high school.

6. She studied drama at Boston University, from which she graduated.

8. Woodard has been named one of the most versatile and accomplished actors of her generation.

9. She has been nominated once for an Academy Award and Grammy Award, 18 times for an Emmy Award, and has also won a Golden Globe Award and three Screen Actors Guild Awards.

12. Her breakthrough role in the Off-Broadway play was For Colored Girls Who Have Considered Suicide When the Rainbow Is Enuf.

13. Made her film debut in Remember My Name.

14. In 1983, she won major critical praise and was nominated for an Academy Award for Best Supporting Actress for her role in Cross Creek.

16. Later in the 1980s, Woodard had leading Emmy Award-nominated performances in a number of made for television movies, and another Emmy-winning role as a woman dying of leukemia in the pilot episode of L.A. Law.

17. She also starred as Dr. Roxanne Turner in the NBC medical drama St. Elsewhere, for which she was nominated for a Primetime Emmy Award for Outstanding Lead Actress in a Drama Series in 1986, and for Guest Actress in 1988.

18. In the 1990s, Woodard starred in films such as Grand Canyon, Heart and Souls, Crooklyn, How to Make an American Quilt, Primal Fear and Star Trek: First Contact.

19. She also drew critical praise for her performances in the independent dramas Passion Fish, for which she won an Independent Spirit Award and was nominated for a Golden Globe Award for Best Supporting Actress, as well as Down in the Delta.

21. In later years she has appeared in several blockbusters, like K-PAX, The Core, and The Forgotten, starred in independent films, and won her fourth Emmy Award for The Practice in 2003.

22. From 2005 to 2006, Woodard starred as Betty Applewhite in the ABC comedy-drama series Desperate Housewives, and later starred in several short-lived series.

23. She appeared in the films The Family That Preys, 12 Years a Slave and Annabelle, and has also worked as a political activist and producer.

24. Woodard is a founder of Artists for a New South Africa, an organization devoted to advancing democracy and equality in that country. She is a board member of AMPAS.

25. Woodard made her professional theater debut in 1974 on Washington, D.C.'s Arena Stage.

26. In 1976, she moved to Los Angeles, California. She later said, "When I came to L.A. people told me there were no film roles for black actors...I'm not a fool. I know that. But I was always confident that I knew my craft."

27. In 1980, Woodard had a role in the ensemble comedy film Health directed by Robert Altman.

28. She later appeared in the NBC miniseries The Sophisticated Gents, and had a regular role alongside Catherine Hicks and Tim Matheson in the short-lived comedy-drama Tucker's Witch.

29. Later in 1983, Woodard starred opposite Mary Steenburgen in the biography drama film Cross Creek directed by Martin Ritt. For her performance in the film, she was nominated for the Academy Award for Best Supporting Actress.

30. Later in 1983, Woodard won her first Primetime Emmy Award in the Outstanding Supporting Actress in a Drama Series category for her three-episode arc as Doris Robson in the NBC critically acclaimed serial drama, Hill Street Blues.

31. She was nominated for Primetime Emmy Awards for her roles in the films Words by Heart, Unnatural Causes, and A Mother's Courage: The Mary Thomas Story.

32. She had a leading role in the The Trial of the Moke, a Great Performances television movie co-starring Samuel L. Jackson.

33. In 1987, Woodard played the role of South African Activist Winnie Mandela in the HBO film Mandela. She spent several weeks watching news clips and listening to tapes of Winnie to match her accent. She did not win an Emmy, but received a CableACE Award and an NAACP Image Award in the Outstanding Lead Actress category for Mandela.

35. She won a Primetime Emmy Award for Outstanding Guest Actress in a Drama Series for her performance as a woman dying of leukemia in the pilot episode of the NBC drama series, L.A. Law.

36. From 1985 to 1986, she also was regular cast member of the NBC medical drama, St. Elsewhere, She played the role of Dr. Roxanne Turner, a strong doctor and the love interest of the Denzel Washington character.

38. In 1998, Woodard reprised the role for a sixth-season episode of Homicide: Life on the Street entitled "Mercy". She also was nominated for a Primetime Emmy Award for her guest performance in the show.

39. In next year she received a Primetime Emmy nomination for performance as Queen in the critically acclaimed Hallmark miniseries, Gulliver's Travels based on Jonathan Swift's novel of the same name.

40. She had comedic role in fantasy film Heart and Souls opposite Robert Downey, Jr., for which she was nominated for a Saturn Award for Best Supporting Actress.

41. On television, Woodard guest-starred in two episodes of The Practice in 2003. For performance in show she has won her fourth Primetime Emmy Award.

42. In November 2014, Woodard was inducted into the Oklahoma Hall of Fame. She said in her acceptance speech that she believes it is her responsibility to use her fame to help others less fortunate.

43. Also in November 2014, Woodard narrated "Women in Politics", an episode of season 2 of Makers: Women Who Make America.

44. Her husband is writer Roderick Spencer.

45. Woodard and Spencer have two adopted children, Mavis and Duncan.

46. Woodard lives in Santa Monica, California, with her husband and children.

49. In February 2009, she joined a group of American film directors and actors on a cultural trip to Iran at the invitation of the "House of Cinema" forum in Tehran.

50. On August 9, 2015, Woodward appeared TLC's Who Do You Think You Are?. The program did research into her father's genealogy and found out that her great-grandfather Alex Woodard was born a slave in Houston County, Georgia in the early 1840s.