Creepy! A Wall of Human Bones Discovered Under a Cathedral in Belgium
Share Tweet Email 0 Comments
NEXT> Best Detoxifying Clay Masks of 2020
Sunday, November 28, 2021
STAY CONNECTED WITH US

Creepy! A Wall of Human Bones Discovered Under a Cathedral in Belgium 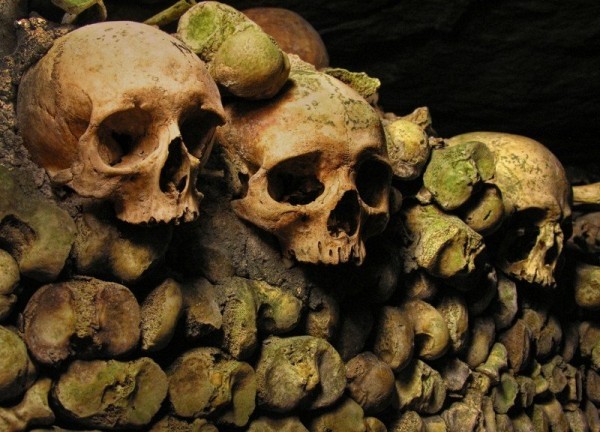 In February 2020, the Saint Bavo's Cathedral in Ghent, Belgium was excavated to prepare for a new visitor's center. As they dug up the site, archaeologists discovered a grim history of the place. There was a wall that was made entirely of human bones, comprised of skulls, shin bones and thighs, and they were piled up and stacked tightly throughout the walls of the pit.

Archaeologists estimated that the bones date back as far as the mid 15th century, and with the way that it was packed, it looked like they were trying to fit as many bones as possible. Although it has been a month since the discovery, archaeologists were still not sure what the purpose was behind the wall of bones.

According to the lead researcher Janiek De Gryse, experts are still examining which idea caused the building of the wall. They wanted to know if it has any religious or spiritual explanation or if it is all for practicality. He also added that the walls in the pit was such a rare discovery since graves in pits usually have loose human bones, but in the Saint Bavo's grave pit, the bones were arranged and organized neatly.

Bones inside the pit

Smaller bones like ribs, fingers, and bones from children were not found inside the pit, but experts believe that it is because those types of bones are more complicated to move. Also, the graves of children were often poorly tended in the mid 15th century and when bones had to be moved, the gravediggers only reach for the large ones, and they leave the small ones behind. However, this does not entirely explain why there are no arm bones found in the pit, considering that they almost have the same size as thigh bones.

De Gryse stated that religious people back in the day believed in resurrection, which is why they considered the body sacred. This could be a factor, as well as the scarcity of burial spaces in the past. This scarcity leads to ossuaries or space in which the bones of the dead could be stored. The largest ossuary in the world, and probably the most famous one, is the catacombs beneath Paris, which stores the bones of 6 million people.

The catacombs were created as an answer to the lack of burial place in Paris in 1774. De Gryse added that the bones will be moved for now, and they will not be available for public viewing since experts still need to do more research.

The need for ossuaries

Experts estimated that there are more than 100 billion people who died since the start of civilization around 50,000 years ago. Plagues, wars, and famine also caused some cities to have more dead bodies than expected, thus resulting in a shortage of burial sites.

This leads to the creation of ossuaries, as it is a convenient and fast way of burying bodies. Although they are not uncommon, ossuaries typically manifest in the form of loose pits that are filled with human bones. The walls in Saint Bavo's just show that there may still be a lot of ossuaries to be discovered.