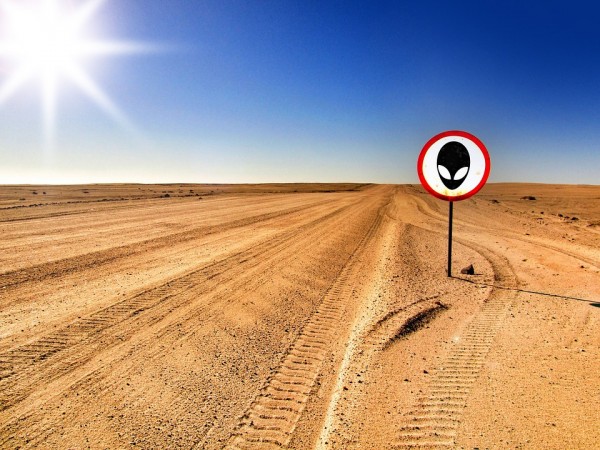 In March of 1956, Sergeant Jonathan Lovette and Major William Cunningham from the American Air Force were on a mission to look for debris after a missile test in New Mexico. The simple search-and-retrieve mission turned out to be one of the most shocking cases of alleged alien abduction.

Major Cunnigham claimed that Sergeant Lovette had gone to investigate a small sand dune that they found when he suddenly heard him scream. Cunningham headed toward the sand dune and he said he saw a silver disc hovering over it. What he also found bizarre was that he saw an object that looked like a massive snake hanging out of the spacecraft and it wrapped itself around Sergeant Lovette, immediately pulling him on the craft.

Not many people believed his story, and some theorized that Cunningham murdered Lovette, buried his body in the desert of New Mexico and came up with a wild story about alien abduction. However, after three days, Sergeant Lovette's body was found in the most horrendous state. He was mutilated, his body was completely drained of blood and his eyes and tongue had been removed.

There were scavengers surrounding Lovette's body when the troops found him, and they perished after they ate Lovette's mysteriously tainted entrails. Although all fingers point out to aliens, his case remains unsolved.

This case was said to be studied by one of the earliest U.S Air Force programs called Project Grudge and they were tasked with investigating sightings of UFOs after World War II. The document labeled "Project Grudge Report 13" contained 600 pages of research and details about Lovette's abduction and death. Project Grudge was later changed to Project Blue Book and it ran from 1951 to 1969, and most of its documents are now declassified.

The problem is, even though Project Grudge 1 to 12 and 14 were declassified, there are no official information on Report 13 and the U.S government denies its existence. The details about Report 13 all came from second-hand sources who claim that they have seen the document.

William Cooper, a conspiracy theorist, said that he was tasked with analyzing an annotated version of Report 13 in the 1970s. A former Green Beret captain, William English, said that he was also asked to analyzed the document of Report 13, while he was assigned to a U.S security service at a former Royal Air Force base located in Chicksands, England.

Because of the missing report, most of the public was convinced that it was all a hoax. But in 1988, a body was said to be found in Brazil, at the Guarapiranga Reservoir, and the victim had been dead for 2 to 3 days yet there was no sign of decomposition. The victim's ears, eyes, tongue, and genitalia were removed, as well as the digestive organs. The victim was never identified.

Human bodies were not the only ones who were found mutilated. Since the 1970s, numerous incidents of mutilated sheep, cattle, rabbits, horses, bison, deer, and elk have been reported as the corpses of the animals were drained of blood and the eyes, tongue, ears, jaw flesh, lymph nodes and genitalia were all missing. In 2009, four calves were found mutilated in the same way, and the incident was published in The Denver Post.

In 2019, NPR reported an incident in Colorado that involved five purebred bulls that showed up dead, completely drained of blood and the bodies were mutilated and some body parts were excised. According to Deputy Dan Jenkins from Harney County, a lot of people believe aliens were behind all of the mutilation.

There were numerous reports of mutilation, humans, and animals, since the 1950s. The FBI was asked to step in and investigate the goings-on but according to the declassified Project Grudge documents, the FBI can't properly investigate and perform their tasks due to jurisdictional issues.