Living in Filth: Family in Kazakhstan Collects 1,300 Gallons of Urine
Share Tweet Email 0 Comments
NEXT> OMG! Is There Really An Alien Monolith On Mars' Moon?
Friday, March 05, 2021
STAY CONNECTED WITH US

Living in Filth: Family in Kazakhstan Collects 1,300 Gallons of Urine 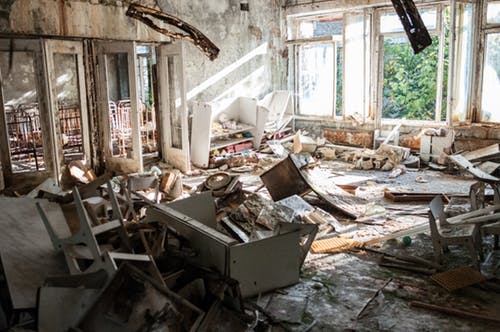 A family of three in Aktau, Kazakhstan was taken by the authorities to have their mental health checked after hundreds of plastic bottles filled with urine were discovered in their apartment. The parents and their son, Zhenya, had been storing their own urine in bottles for a year. It was later discovered that the utilities in their apartment were cut off after it was left unpaid.

Family hoards 1,300 gallons of urine in their home

Their apartment is now labeled "the house of horrors" and the family was reported to the police by their neighbors who complained about the stench coming from the family's home. The police who responded to the call had to use a crowbar in order to break-in, the owners of the apartment refused to cooperate and open the door for the authorities.

When the cops raided the apartment, they were shocked to see hundreds of plastic bottles filled with the family's urine and all stored on the floor. Piles of dirty clothes were also discovered on the floor. The local media who went with the police took pictures of the "house of horrors" and showed the apartment's filthy kitchen, expired milk cartons, a bathtub filled with dirty water and 300 gallons or 1,300 liters of urine that was placed all over the floor.

All three members of the family were taken to the local mental facility for assessment and examination. According to the neighbors of the family, they turned the apartment into a dump and they lived with hoards of cockroaches and other insects. Their neighbor next door, Svetlana Nenastyeva, was interviewed by the local TV channel and she said that they think the parents of Zhenya damaged his life and is a bad influence on him.

Apparently, Zhenya quit his job two years ago, barely goes out of their home and he stopped washing. The family is said to be a big problem for the community because of the unbearable stench coming from their home. The neighbors are now organizing a group to clean the "house of horrors."

Mental health experts identified these behaviors as Diogenes syndrome. It is a behavioral disorder that usually affects adults and it can happen to both men and women. The main symptoms of the disorder are dirty homes, excessive hoarding, and poor hygiene. Those who have Diogenes syndrome withdraw from society and life, they are unaware that anything is wrong with their habits and ways.

Diogenes syndrome is usually linked to mental illnesses such as schizophrenia, obsessive-compulsive disorder, depression, dementia, and addiction. This disorder is difficult to treat and ongoing care is important.